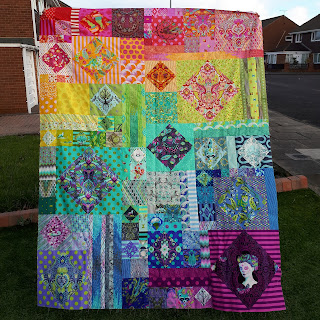 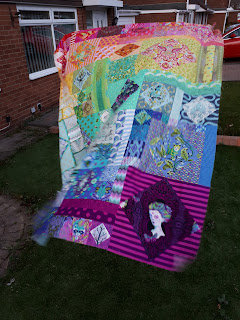 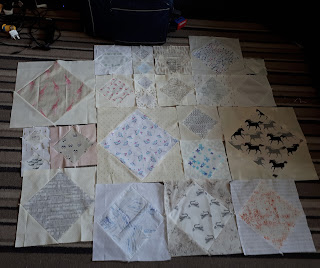 Bearing in mind I'm 33 weeks pregnant and basting anything is nigh on impossible at the moment, I laughed at her. But it's an idea that has festered. So that's the plan. Once baby is here, that same good friend with her good ideas, will be helping me baste it! Watch this space for what may be my favourite quit ever!
Posted by Jennie at 14:07

Wow! This is going to be gorgeous...but the mirror image idea for the back is absolutely brilliant! Here's to smooth sailing your last weeks until the little one arrives!