Early on in lock-down, Berene Campbell of Happy Sew Lucky released a new pattern - Hello Friend. She originally released it through a select number of fabric shops, as a way for them to raise some money in lock-down. Our guild, North East Modern Quilt Guild, decided to support this and arranged a swap - each member who wanted to join in had to buy the pattern and then make the block in colours and fabrics they felt reflected them as a quilter. We then swapped the finished blocks amongst the participants and each recipient chose to finish their block in their own way. 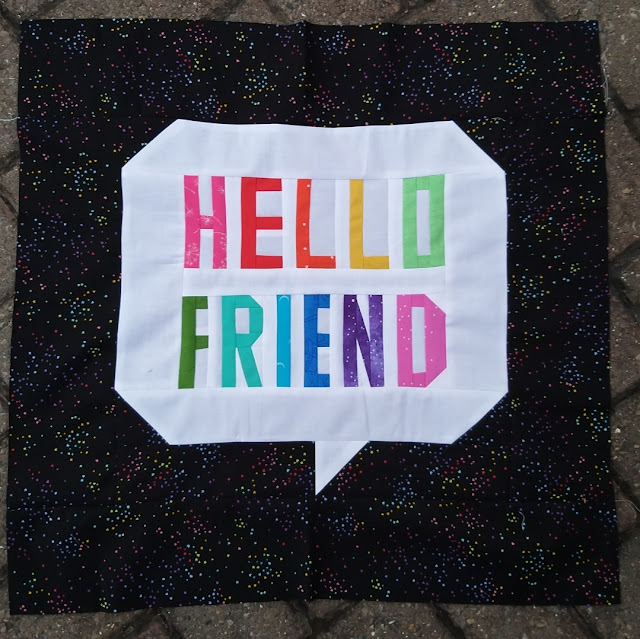 This is the version I made - it had to be a rainbow didn't it, really? And I loved the black rainbow sprinkle fabric for the background. My finished block went to Jules @juleskerry_s 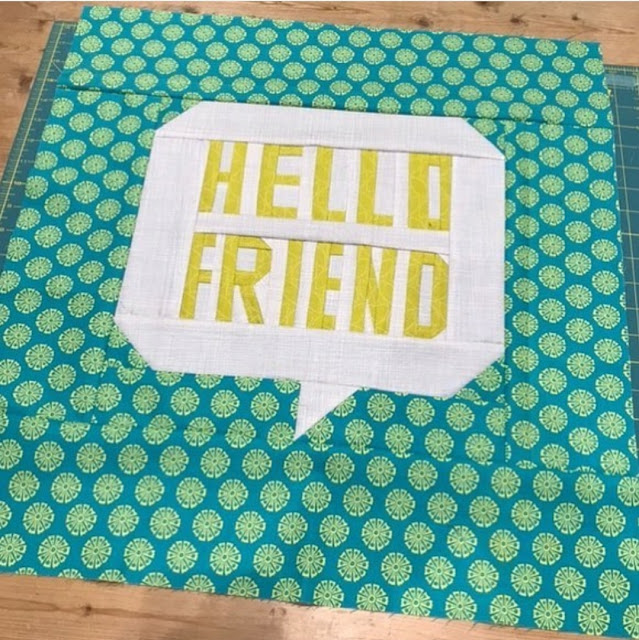 And I received this beautiful block from Dona @creativeaccountant - I love it and it's a totally different colour scheme to what I would pick for myself - a really citrussy yellow and turquoise. I decided to hand quilt it and added a little bit of embroidery - Dona makes the best typos! Though not in this pattern! 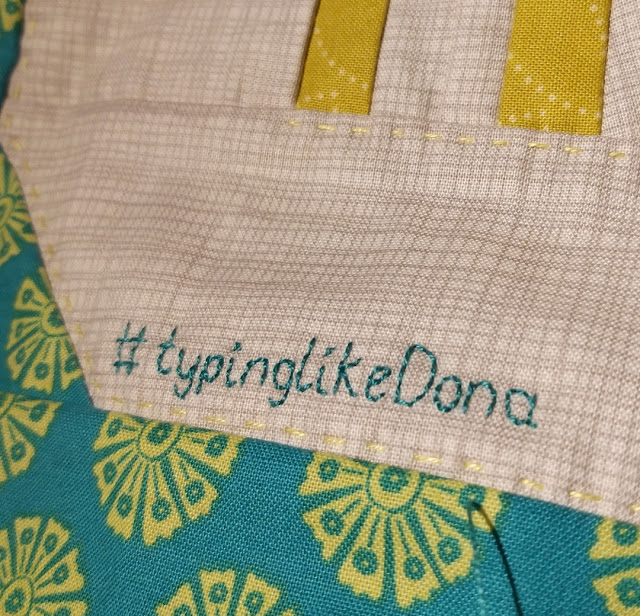 I wanted to make mine into a cushion, but Dona challenged my stash finding a backing for it - in the end I pulled out the yellow lightning fabric and was amazed to find that it was a long quarter rather than a fat quarter. Had it been a fat quarter I would have struggled to get a back from it, but as a long quarter it was perfect - obviously meant to be. These fabric challenges meant I didn't want to follow the original pattern with a nifty binding look. Instead I bought some jumbo ricrac - I took a bit of a chance it would be the right colour turquoise - but it was. 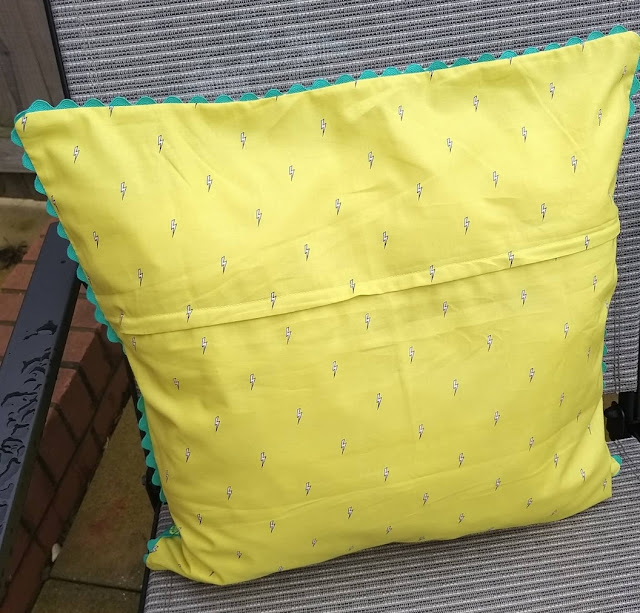 Finishing cushions with ricrac may be my new favourite technique! 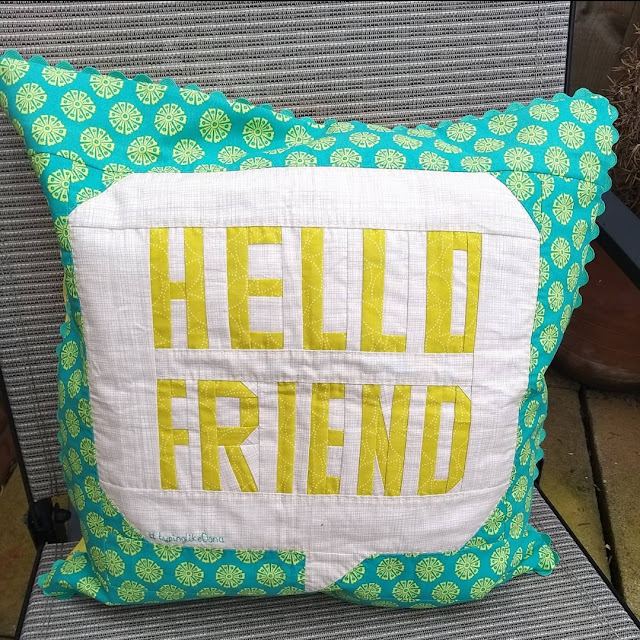 What a fun idea for a swap! And it's a cute pattern. I like both versions. The rick rack is a fun touch!