Cushions for the kids

The dinosaur quilt I finished back in early September was quite popular in our house. Josh squealed in delight every time he saw it. So he was not best pleased when we gifted it to the newest addition to the family - a baby cousin. I am planning on making him his own dino quilt (I have a May 2021 deadline in mind....) but in the meantime, I decided a cushion would soften the blow.

Michael and I watched his reactions to the quilt a few times and worked out that he definitely liked the orange dinosaurs but couldn't pick between the Stegosaurus and the Triceratops. I made an executive decision that the Triceratops made a better shaped cushion! 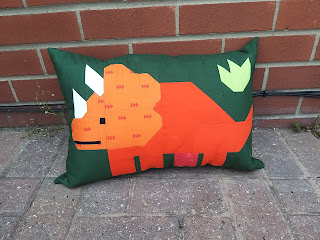 But of course when you have three children, one cushion just won't cut it! I was lucky that I had a weekend set aside for the Virtual Sewing Shindig. We couldn't meet up in person this year, but a weekend was organized full of zoom chatting and sewing with some workshops as well! I cleared out our junk room, set myself up and closed the door! Heaven! As well as making Josh a dinosaur cushion that weekend, Jessica had requested a "pink dinosaur with flowers and a crown". Obviously. She also made it clear that she liked the brachiosaur. I present, a pink dinosaur with flowers and crown! (it's pinker in real life 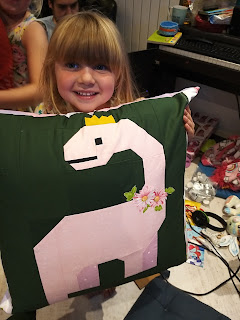 The flowers are broderie perse - I had a lovely flower print I picked up in a destash and I simply cut out the floral element and raw edge appliqued it in place. And the crawn is some slightly less technical applique! 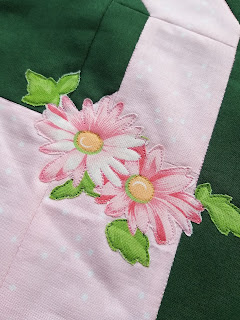 And the final cushion was for Mia. One of the workshops I attended over the weekend was a foundation piecing class with Jeliquilts. Mia picked out her Stupid Cupid pattern and I kept it simple with red (her favourite colour) and white. The massive advantage of sewing at home rather than being away for the weekend, meant that even though I hadn't planned very well in advance, all the extra fabrics, wadding and zips I needed to get all three cushions finished were just upstairs! It doesn't make up for not seeing everyone in person - I can't wait for next year - fingers crossed! 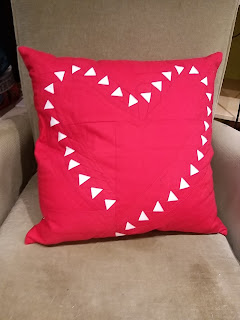 I gave the cushions at the end of retreat and I think they were appreciated! Each one had a little label sewn on the back! 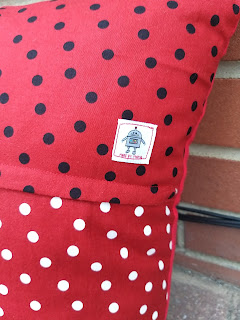 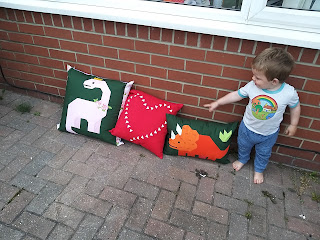 Jennie, you and the dinos had a very successful personal retreat. The cushions are all fantastic. I’m partial to the pink dino and the foundation pieced heart.

A bunch of lovelies for sure!