So instead of jumping on ahead I'm now pretty much up to date and in line with everyone else in the City Sampler Sew Along, which means I can go back to sharing just three blocks a week - until I have a little addiction again.

Block 55: Retirement. I've called it this not because I am retiring, but because my mother-in-law just has and a very good friends from did the same on the same day - and now they won't shut up about it! 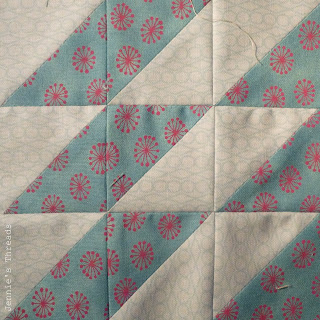 I have no idea what the fabrics are in this one!

Block 56: Heart Beat: I actually stitched this block up a few weeks ago now - it coincided with a visit to the mid-wife to hear the baby's heart beat - the baby wasn't quite as keen on being prodded and led a merry dance around my abdomen, refusing to be found - what should have been a five minute appointment turned into a 20 minute appointment! But we found her in the end! 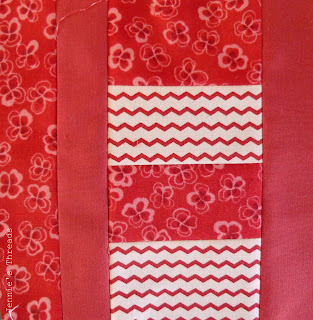 Block 57: Tintagel: names after my favourite place on the Cornish Coast - we haven't visited Cornwall since the year we got engaged, but every day on my Facebook feed I get the most fantastic pictures! 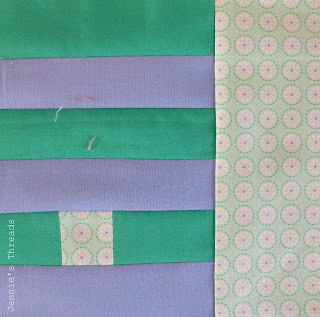 The fabrics are a Rosalie Quinlan fabric from Lecien, Pure Elements from Art Gallery and Kona Periwinkle.

Linking up over at Sew Sweetness!
Posted by Jennie at 22:06