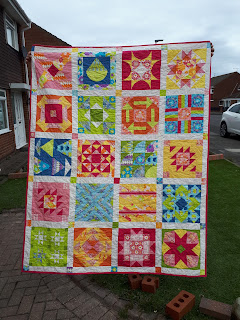 Two years after the Summer Sampler 2016 was announced, I finally have a finish! And it is so summery and colourful and I love it! I especially love the irony of finishing up the blocks and photographing them in the snow! 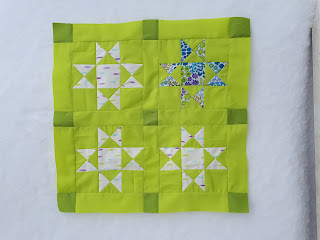 The fabrics I picked are Dreamin' Vintage by Jeni Baker from Art Gallery. I bought a fat quarter bundle when it first came out - on 11th May 2014 - four years ago! Then six months later, I picked up four metres of the large floral print in the sale for the backing of the as yet unstarted, unplanned quilt. It was so summery, that it was perfect for the Summer Sampler when details were first announced. 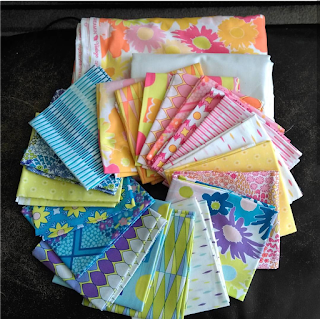 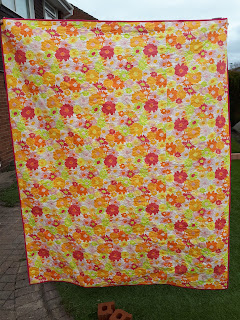 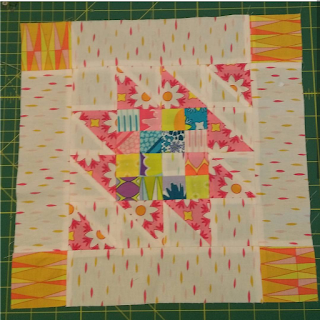 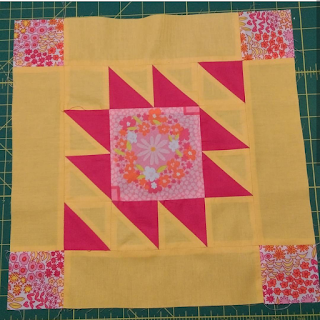 I was gutted. Whilst the fabrics were beautiful, they are all quite busy and lots are large scale and or directional. And I was struggling to make them work. I decided to add in some solids. I found a list of the coordinates on-line, and a UK stockist of the Art Gallery Pure Elements I had picked. It was exactly what I needed. In the end I used the Dreamin' Vintage fabrics as "focal" pieces and pieced most of the blocks with the solids. And it totally worked. The solids gave the prints room to shine and stand out in a way they couldn't before. 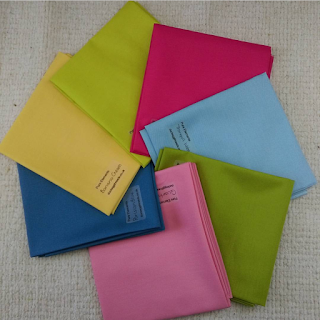 When I came to remake those first blocks I messed up and remade one twice, and one not at all. As a result I have two blocks the same in the final quilt - I liked the remakes better than one of the other blocks in the quilt so swapped - I don't think it's too obvious! I finally added the sahing at the beginning of March and quilted it a week ago. I bought a little extra dark pink solid - my favourite fabric of the solids - to bind it.

And the best part of my change of direction to include more solids: I have loads of the fabric left, so I've added a new project to my WIP list - a hexagon table runner for the sideboard in our dining room. 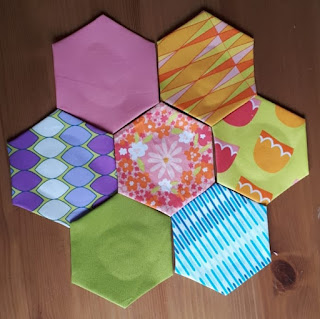 As far as I'm concerned this is the ultimate happy fabric and the quilt just makes me smile - even when it's snowing outside! This is my first all Art Gallery quilt, and I'm looking forward to getting it washed and crinkly from the tumble drier! 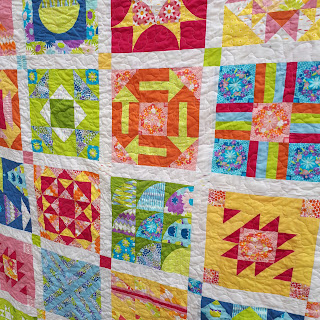 This is a Finish Along finish - in honesty it's been on the list several times - but you can find it on my Q1 finish along list here.

It's gorgeous! And congratulations on the finish! *waves pompoms*

What a great palette. So many fun blocks on their own but together makes it all worth it. On behalf of the 2018 FAL global hosts, congratulations and thank you for participating in the linky party.