Quarter 3 was definitely not my most productive quarter, with just one finish. It was however, a finish that took a lot of work and that I love. But by finishing it, I seem to have re-found my sewjo, so I'm writing my Q4 list with that in mind! Let's see if we can tick some things off the list, as recently I've been adding things faster than I've been completing them.... not really anything new!


Bjorn Bear Quilt: a 12-block baby quilt for a little boy. Seven blocks are done already - here you can see that whilst working them on the recent Sewing Shindig retreat, I forgot to take the chin pieces, so they were square-jawed and unfinished - those 7 blocks are now finished and five more are cut waiting. 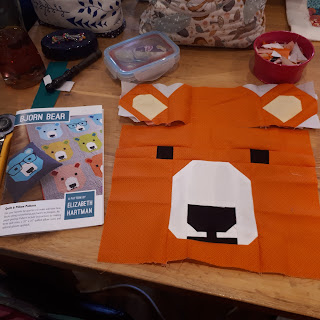 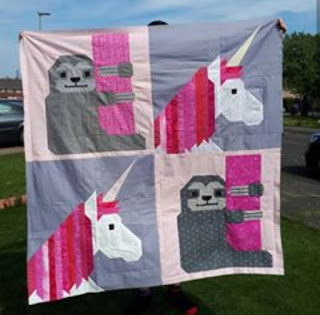 Marcelle Medallion: I started this back in Spring as part of a quilt along. The quilt-along is long finished, but I have this in mind as a gift, so I need to pull my finger out! 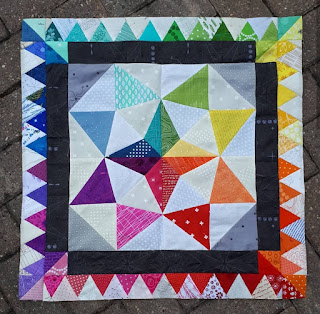 Wee Braw Bag: this needs to be my first finish of the quarter because it's a swap for next weekend! I can't show you anything here because it would be a dead giveaway for who my secret swap partner is!

Tula Nova: I'm really enjoying this project and I don't want to rush it, so I may not finish it this quarter, but I hope to make some really good progress on it. I'll just have to see how far I get. This is all the parts I've pieced so far... It's just a case of adding in the joining parts.... but that is a lot of meters of hand sewn seams ahead of me! 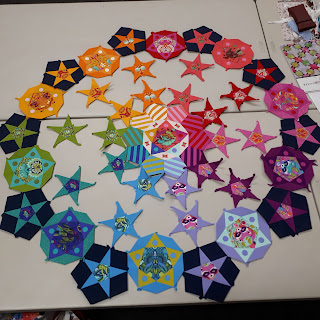 City Sampler: Architextures and Botanics: I've been making these blocks as this years #100days100blocks quilt-along over on Instagram, and I'm conscious that once I get to day 100 (just a few days away now), it will be yet another collection of these blocks sitting round unfinished. I have a few extra blocks I'm adding in, and I don't plan on sashing it, so my normal excuse of hating sashing isn't valid! 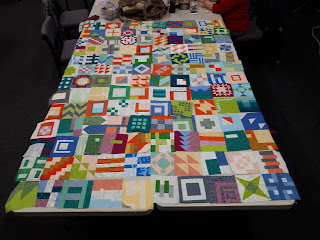 City Sampler: Neon City: this was the collection of blocks I made for the first #100days100blocks event in 2016 and it is a pile of blocks and a bad of sashing. I have put together a couple of rows, but this isn't a full size quilt, and I'd love to get it finished.

Original City Sampler: This is the version of the quilt I made when I was pregnant with Mia.... I finished piecing the blocks 5 years ago at the end of the quarter, but because I'm custom quilting it, it has languished unfinished. 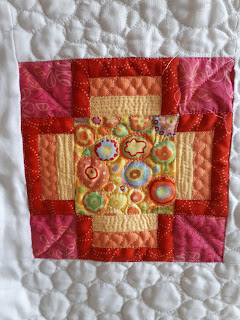 ABC embroidery: This has been on the go for a while now. One of the reasons was that I didn't know who to give it to. Well, I think it will be for the new baby. Decision made, no excuses. Also there's lots of new embroideries I want to start! 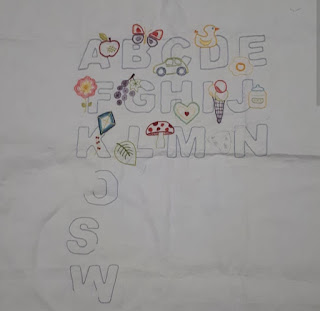 Threadfolk Embroidery: I actually added some more to this just last week. A few evenings solid work and this could easily be a finish. 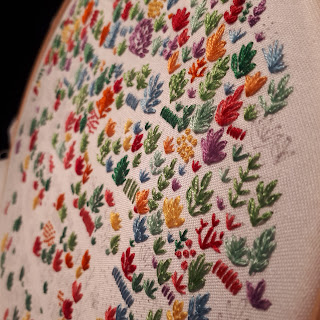 Fancy Forest: this is a full size version of the quilt and I've done all the rabbits and foxes, and some of the hedgehogs. I do still have the owls and the fireflies to go, which are the most complex blocks, but I'd like to give this to the girls at Christmas. 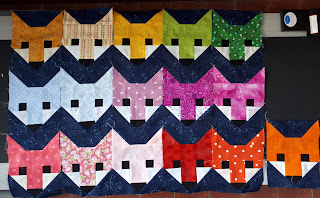 Awesome Ocean: the partner quilt to Fancy Forest, I'd like to have this done at the same time as Fancy Forest. I'm further ahead on this one, with the majority of the blocks done, and the rest at least cut. 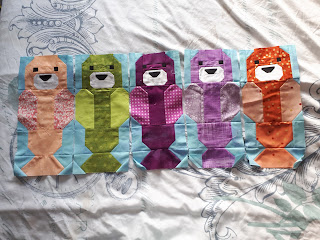 Lisa the Unicorn Quilt: this is a request from my sister-in-law, so really should have some kind of priority attached to it! All four blocks are cut out - here's the rainbow mane! 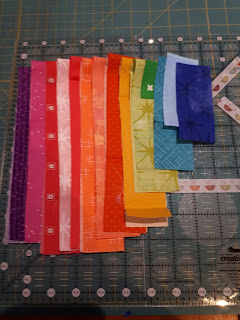 Kittens Around: I've made one block, and cut the remaining three.... if I don't finish it soon, it'll be too small for Mia! 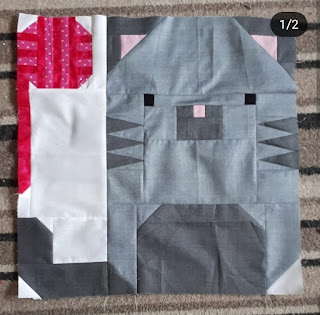 Dachshund Cushion: This would be such a quick finish. I just haven't finished it yet. 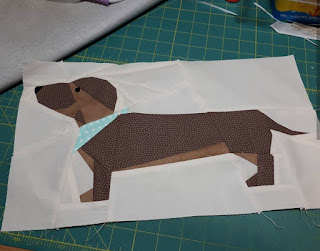 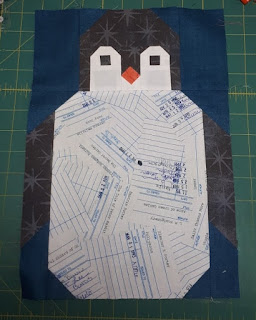 Jet Set Sewing Station: I have all the supplies.... now I just need to start.

Sewing Date Traveller: I saw loads of these at the Sewing Shindig Retreat and I need one. I've bought some extra Zuma fabric and it's going to look amazing (and bright). I've also found the essex linen I originally bought to go with it and the interfacing has arrived. I've read through the instructions and it sounds easier than the Jet Set Sewing Station, so I might tackle this one first!

Placemats: a Christmas present. These are the original placemats I made, but more are required! I want to do similar (black and rainbow), but not the same. 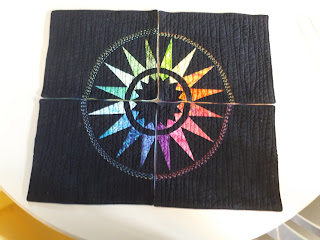 Coasters: another Christmas present based on coasters I made a few years back.


Alison Glass Triangle pouch: I got a bunch of Alison Glass EPP traingles in a swap and I'm going to make a pouch with them. 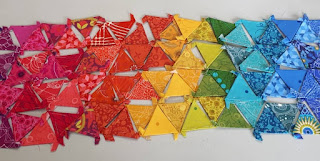 Twenty-one projects: I'm back to being a part of the #ridiculouslylongfallistgang this quarter, and while it's unlikely all or even most of these will be finished, each individually is feasible - it'll just depend on what I fancy playing with this quarter!

As long as you see this as play, you'll do fine! 21 projects is a lot to do in about 80 days, so you are setting your sights high. I love that quilting of the City Sampler from 5 years ago; go for it Jennie, it's too pretty to leave in a cupboard!

You've got some really fabulous projects on this list! I really like that alphabet embroidery. I like to make lists far longer than I could possibly accomplish because I never know what I'll be in the mood to work on. Good luck!

They are all so gorgeous! I'm in the only-one-finish club with you from last quarter, so I'll definitely be cheering you on from over here!

What a lovely list. Some really fun looking projects to choose from. Enjoy!!!