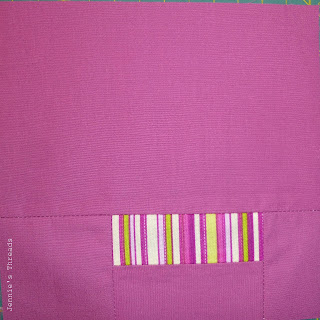 The fabrics are Pure Elements in Lipgloss and Dress Up from Northcott.

Block 22 (17.08.2013): 6 Brothers. My Grandad was the eldest of 6 brothers. He passed away over 5 years ago. Uncle Walt, the last surviving brother passed away at the end of July. His wife, Aunty Freda, passed away just a few weeks later and as they had shared everything together in life, they had a joint funeral. 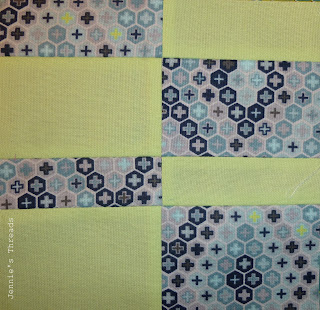 The fabrics are Kona Honeydew and Tula Pink.

Block 23 (17.08.2013): Elizabeth Harkness. Named after one of the rose bushes in my new garden - I have four in total, all different colours, all with beautiful scents! 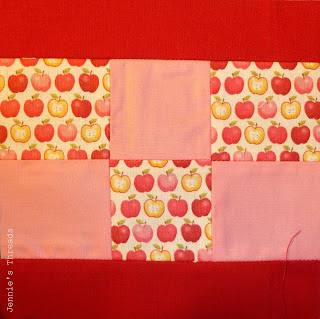 Block 24 (17.08.2013): Rocky Island: Just down the coast from where I live is a small village called Seaton Sluice. If we were in somewhere like Cornwall it be a tourist haven, but up here, it's just a quiet little finishing harbour. And right on the edge of the harbour is a lovely little pub near Rocky Island. And from Rocky Island, separated from the mainland by the sluice which was hand cut to let bigger ships into the port, there a beautiful view back up the coast. 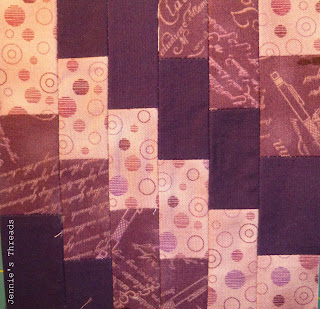 The fabrics are Kona Midnight, Faith, Words and Philosophy from Stof and a spotty fabric from Stof.

Block 25 (18.08.2013): Wimbledon: I'd meant to name an earlier block to commerorate our British winner, but it wasn't until I got to this one that it felt right. 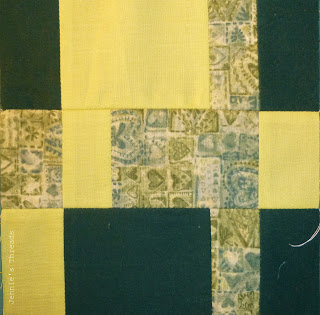 The fabrics are Kona Kelly, Konna Green Tea and the Hearts print is from Benartex. 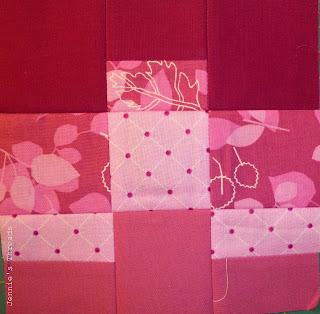 The fabrics are Kona Berry, a solid pink from Marcus Fabrics, the leaves are from Blythe by Robert Kaufmann, and the cross hatch is Dress Up from Northcott.

Block 27 (18.08.2013): Uncle Terry: I know it seems odd to name a block so flowery after an Uncle, but the day I pieced this block was his birthday and he loves Bluebell woods in the spring. The colours in this block make me think of bluebells. 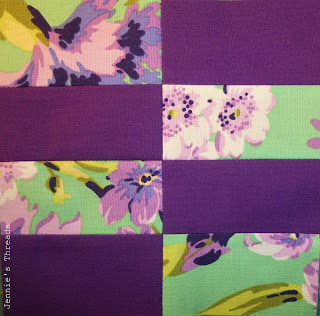 The fabrics are a Moda Bella solid and Bliss Bouquet from Amy Butler.

Block 28 (18.08.2013): Family. The name of this block was inspired by its resemblance to the first block in this post - the idea that a baby is surrounded by the love of family. And I found a perfect text print to fussy cut! 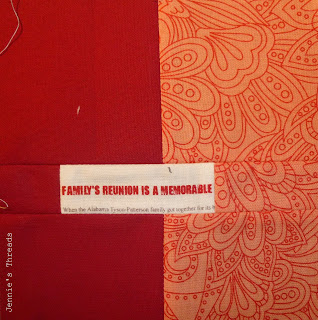 The fabrics are Kona Dark Red, Saltwater from Tula Pink and the text is Reunion by Sweetwater. 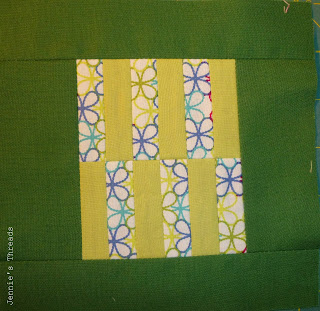 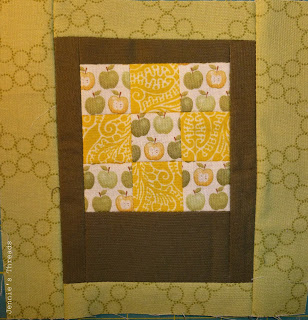 The fabrics are Lace Elements from Art Gallery, Funky Fruit from Makower, Cherry Christmas from Aneela Hoey and a random solid. 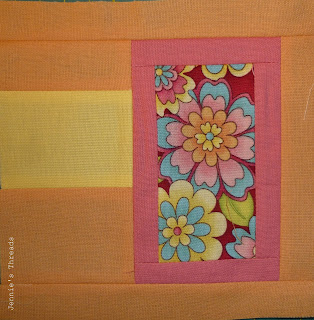 The fabrics are Kona Melon, Kona Mango, Kona Banana and Sweethearts from Benartex. Maybe I should call this the fruit block. I've realised that in my stash I have very few fussy-cut-able prints, and even fewer that I actually like, so I'm going to use blocks like this to show case some of my larger print fabrics.

Block 33 (18.08.2013) Stonehenge. Every year on the way down to Sidmouth we take the A303 past Stonehenge and it's always stunning. It means the end of motorway driving and the start of the holiday! 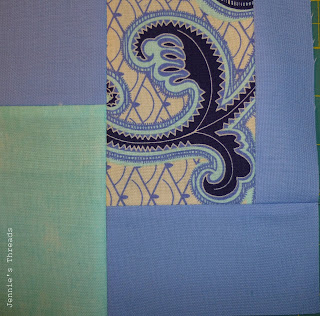 The fabrics are a turquoise from Flirt for Moday, Kona Periwinkle and possibly an Amy Butler fabric.

Block 36 (18.08.2013) The Ham: The Ham is the name of the playing fields to the east of the centre of Sidmouth, approximately 10 yards from the house we stayed in and the main concert venue for the folk festival! 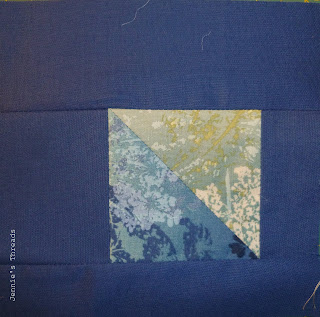 The fabrics are a random dark blue solid, and both of the half squares are from the same fabric from Hofmann California 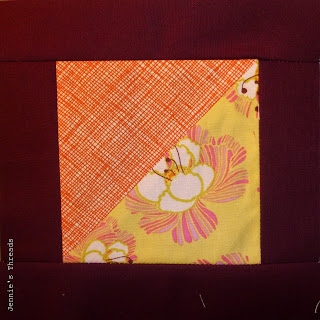 The fabrics are Kona Burgundy, Dreaming in French from Art Gallery and Architextures. 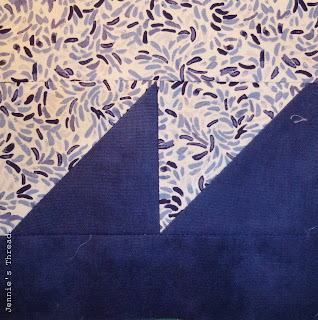 The fabrics are a random marbled blue and Textures from Art Gallery. 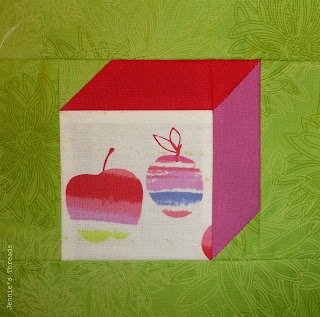 The fabrics are Floral Elements from Art Gallery, Kona Red and a pink from Marcus. I don't know the name of the apple fabric.

That's it for now - there are some blocks missing - I just don't have quite the right fabrics at the moment!
Posted by Jennie at 18:39