It's been ages since I actually missed posting for WIP Wednesday... the post was half written but never got finished.

Mia and I are spending a week with my parents and because my daughter does NOT travel light, my sewing machine did not make the trip. So last week I prepared some of the blocks from Dear Jane which need hand sewing. And whilst I was preparing I also stitched one together on the machine which had been hanging around for a while.

So far I've been doing applique. 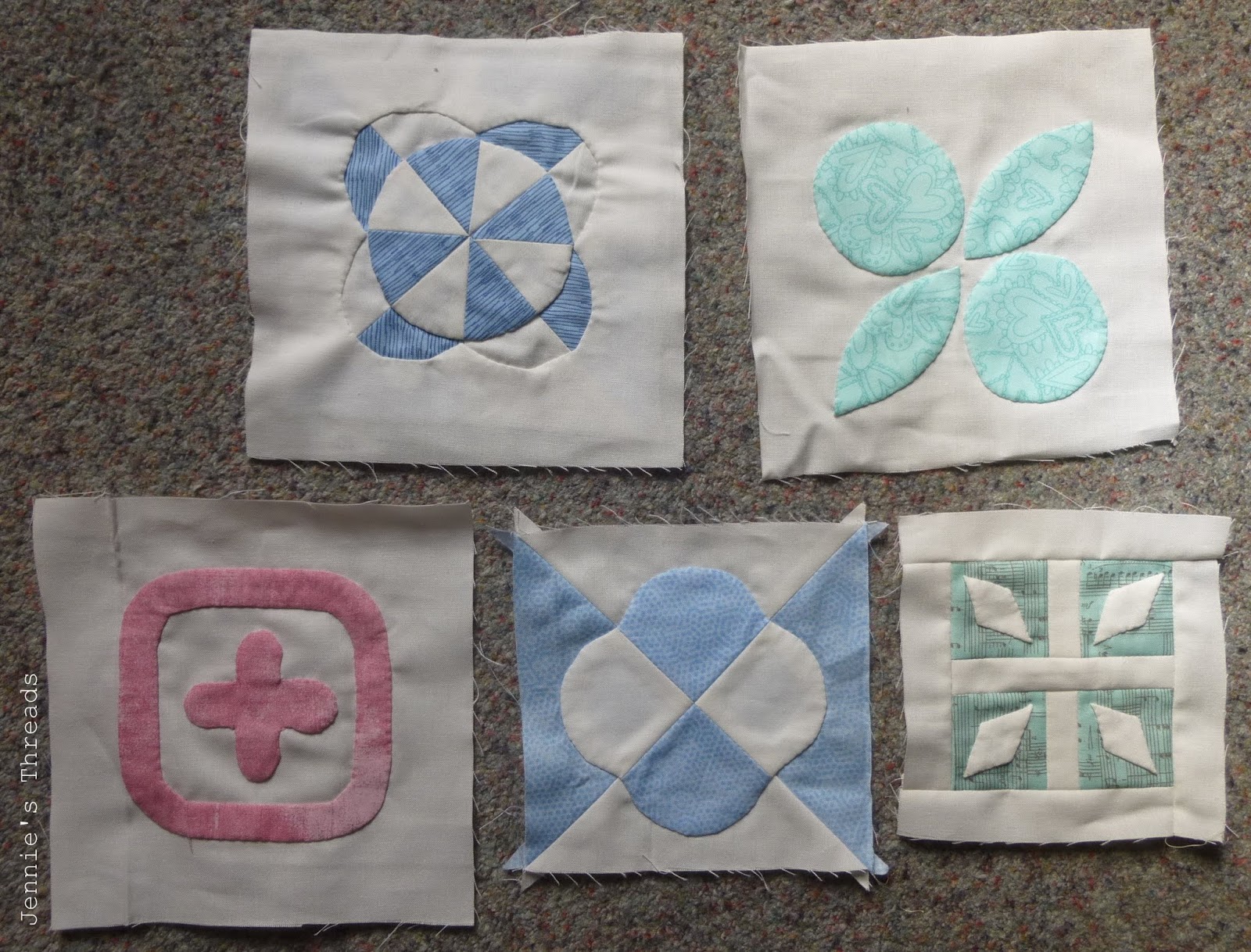 And of course because I don't have my machine here with me, I keep finding projects I want to make. Now. I've been sketching out some plans and I'm going to spend next week playing with fabrics - I predict at least four new starts! But in my defence I have finished a lot recently.

Mia was four months old on Tuesday! I can't believe how much she has changed. She also learned to roll this week - she's mobile! 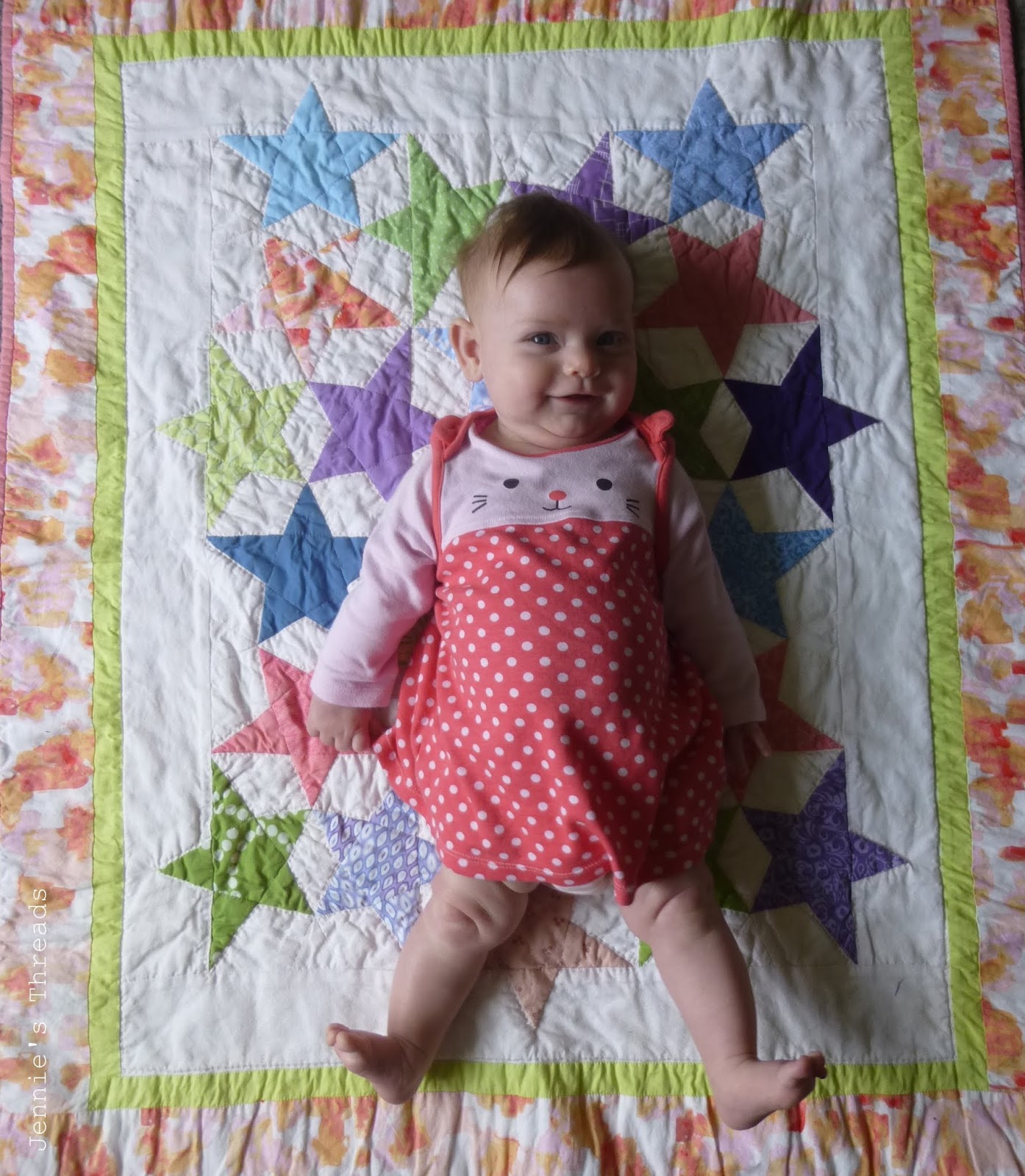 And I've signed up for a swap - I know I said I wouldn't because of Mia, but I just could resist the Big Stitch Swap hosted by Sarah and Cindy.

Your blocks are so wonderful. Love the pastel colors.
Lovely little baby.

Dear Janes are great little portable projects but I must admit mine is on the backburner at the moment! Mia is looking suitable gorgeous. xx

What beautiful blocks! Travel is such a great excuse to get some handwork done. Enjoy your new projects. You have crossed a lot off the list lately.

What a cutie Mia is, with her big round belly.