I don't normally get political on my blog, but just this once, please bear with me. 2016 is having a laugh. I was heartbroken to wake up on 24th June and find that the majority of people who voted on the day before had believed the campaign of intolerance, racism and hatred spouted by the Brexit camp. I then watched in disbelief as not only the prime minister went, but the leaders of the Brexit campaign were shown to be liars and quitters themselves. And in amongst it all, one of our most promising young MPs lost her life - the first visible victim of the politics of hatred we have seen recently. She left behind two small children. They are also victims. But the Leeds Modern Quilt Guild leapt into action, organising the donation of wonky cross blocks to make quilts for those two small children. Because when the world starts to fall apart around us, quilters quilt. 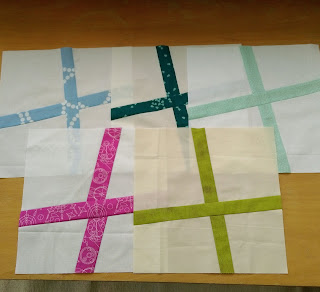 Unforunately it's not just our side of the Atlantic that seems to be having a crazy year. Politics aside (and we'll leave Trump for another day), the hatred and pain seems neverending. A few weeks back there was a shooting in an Orlando nightclub. 50 people killed because they were gay. The Orlando Modern Quilt Guild put out a call for quilt blocks and the within days my Instagram feed was full of rainbows and hearts! I've been making blocks with two local groups: the North East Modern Quilt Guild 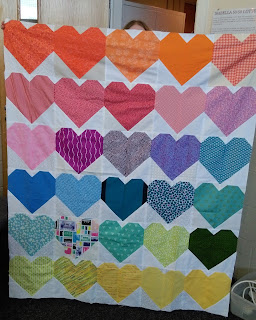 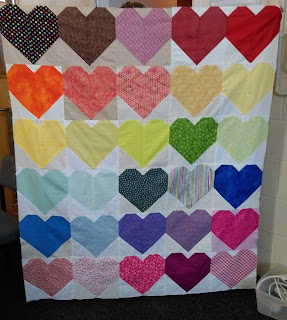 Both groups created enough blocks to send a quilt top each to Florida, where I was assured that the more than 15 long-armers in the Orlando Modern Quilt Guild would be able to finish these quilts off for us. The Guild's aim is to give a quilt to the family of every victim, every survivor, and the first responders.

The killing continues: it crosses communities. Whilst I understand the sentiment of #blacklivesmatter, surely #alllivesmatter . In a country as great as America, surely gun control should be a no-brainer.

The North East Modern Quilt Guild has also decided to make a charity quilt - because away from the headlines, people of all ages suffer every day: we've been making scrappy log cabins to make a quilt for a little girl stuck in hospital - I forget the name of the charity specifically. Here's my contribution.a 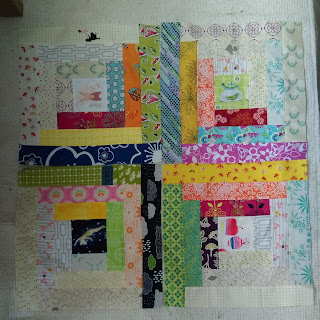 No matter how far apart geographically, no matter our race, sex, sexuality, political preference, nationality, quilting brings us all together, and in times of crisis, disaster and pain, we all come together to do what we can....quilt.

Since I started writing this post earlier in the week, 84 people were killed in Nice, there was an attempted coup in Turkey with more lives lost, and more shootings in America. I don't dare turn on the news anymore.
Posted by Jennie at 20:18

I also find it hard to believe how many people were duped by the lies spread around by the Brexiteers and then when they won they had no idea as to what to do next! British politics has certainly gone haywire over the last weeks. I am so pleased to hear that quilts have been made for Jo Cox's children - that was such a sad thing to happen to someone who so obviously cared about other people. Where the world goes from here I do not know. Thank you for sharing your thoughts Jennie. xx

Jennie,
You are such a sweet spirit. Please know that I agree with you and I am sure many others do also. If only we were in charge of the world. Love.