Have you seen the Splendid Sampler? It launched in February: two blocks per week from a variety of designers using a variety of techniques. When I first heard about it and thought I might join in, my plan was to just make a few of the blocks I liked. Well it turns out that although I don't like all the blocks, I like an awful lot of them.

So far 43 blocks have been released and I've made 22: I'm hiding one cause I don't like it and there's one that will appear in a few sentences time! 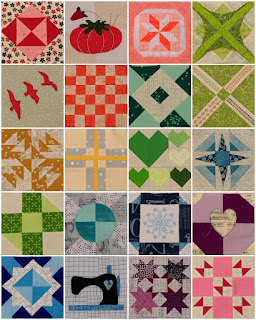 Whilst I'm enjoying the variety of these blocks, there is a niggle of doubt that they won't work very well together in a finished quilt. That's the reason I'm making each block a single colour, in the hope that a rainbow layout in the final quilt will add much needed cohesiveness. I've just made up the above collage, and I'm optimistic. 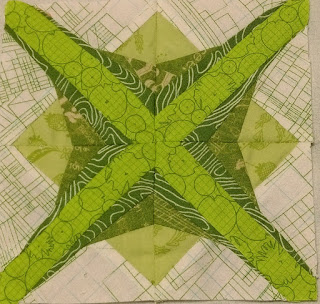 And block 23 Hand in Hand - the funky shaped triangles are folded and inserted into the seam. 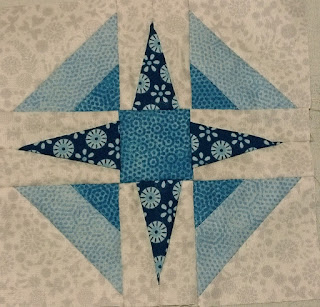 I've loved the embroidered blocks, especially Nature's walk. This has to be the best piece of embroidery I've ever done, and as such there was no way I was letting people put their bums on it in a finished quilt. So I made it into a 6" mini quilt and I love looking at it while I sew. 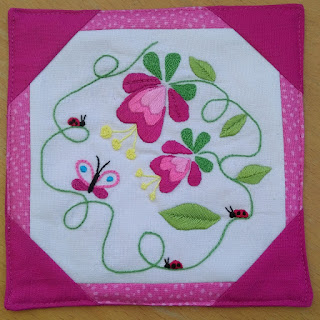 I do like this one too: it was called Crocheted Thoughts, but I don't crochet, so I made a few alterations - just a mandala, no crochet hook! 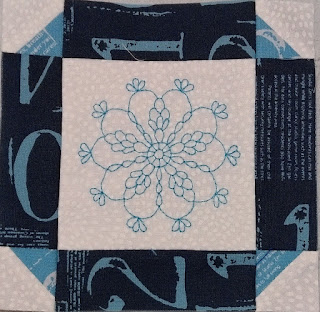 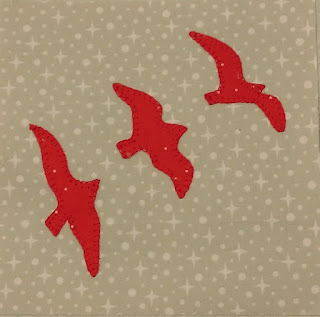 Whilst it works, it feels clunky (you can just about see it on the birds above). So on the latest block I tried needle-turn applique. I much prefer the finish. But I'm still struggling with the process. I don't think this is the last you'll hear on my applique journey, but for now, I have a cute little tomato pincushion! And I've just realised looking at the photo below, a bent pin. How very appropriate given the current contents of my pincushion! 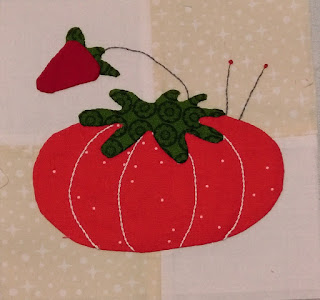 I'm looking forward to making progress on a few of the hand-sewn blocks over the next few weeks.

I think this is a pretty good WIP for a Wednesday!
Posted by Jennie at 22:45

Lovely blocks. I'm appliqueing at the moment. Different techniques, needle point, blanket stitch and with the machine. I love needle point most, but it is a lot of work and difficult for tiny pieces and points. The tomato looks perfect. Your little embroidered mini quilt (6", wow!) turned out great.

Your blocks look great Jennie. I am enjoying seeing all the different variations around blogland. xx

I love the crochet block!