March seems to have been a really long month! But in a good way! I've got loads of sewing done, Josh has grown loads - he's ten weeks old now - and we've been away together for a weekend to the Lake District. 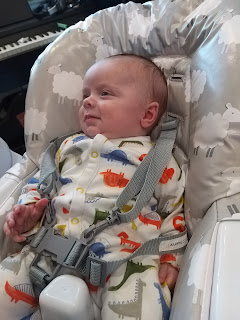 Here's what I've been working on:

I've had some finishes: Awesome Ocean 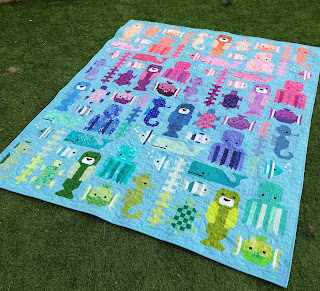 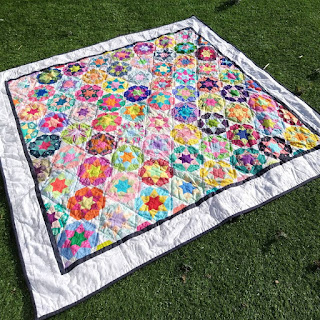 And a cushion for Jess. 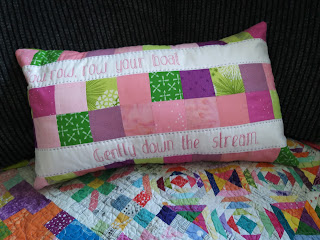 There's also been a couple of other finishes that just aren't quite ready to share yet...

I received my Tula Pink Pinkerville fabrics and cut them all up to start my Meadowland quilt. 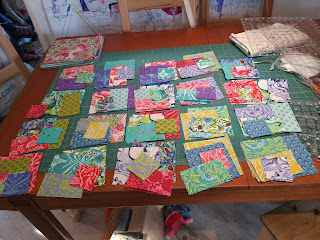 I've been taking part in the Trinket SAL 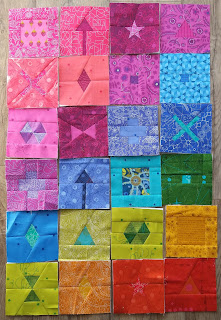 I've made some progress on my Down the Rabbit Hole quilt - I've put together the bits I'd already completed and spent quite a few hours preparing the hand applique on the next border. 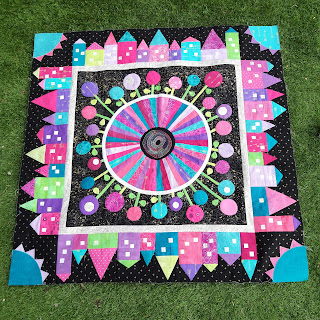 I made ten blocks into four items in a little self-imposed challenge. 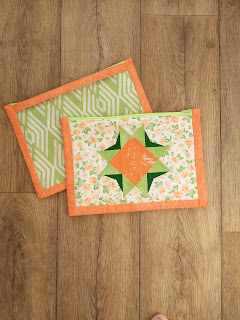 I kept up to date with the Shark's Dinner BOM and the Coming Home BOM and started the Geo Diamonds BOM. 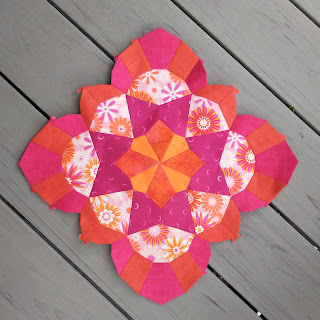 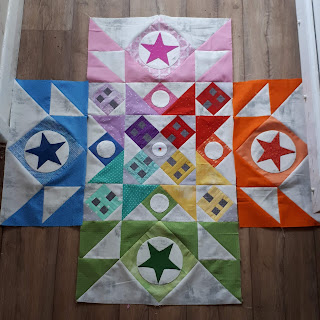 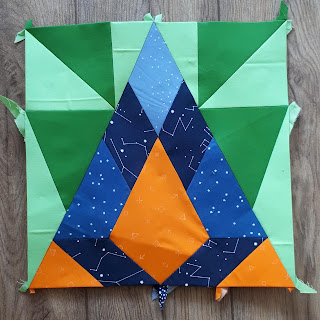 And I suffered World Book Day with a home made costume! 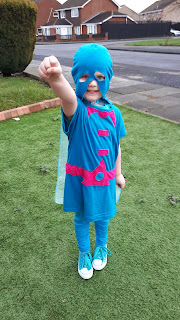 There were a few projects I didn't make as much progress on as I wanted to, so watch this space for next month!

Linking up with the pom-pom-waving Mini Archie for March Furtle!

Ahhh, I love all the colour in your projects - makes me feel so happy. Beautiful quilt finishes with your Awesome Ocean and Ice Cream Soda and some stunning wips, particularly the trinkets - they're going to be amazing.

You do love a BOM don’t you ! And no wonder they are all beautiful. Love the costume too think you’d look great in the mummy sized version

What a gorgeous and colourful month!! (I'm enjoying seeing your Down The Rabbit Hole again.) I can't believe how big Josh is getting - did he enjoy his first weekend away?! Thanks for furtling!

So many gorgeous projects and so much wonderful colour 😍😍

Wow, you are so productive. I can't believe you managed all of that with two little ones to look after! You have loads of gorgeous projects on the go, good luck with getting more finishes this month.