Every so often I come across something on Instagram and I fall for it. Something I just know I'm going to have to jump on board with. And let's be honest, they are normally quilt alongs or blocks of the month. Well, this was one of them. Within about half an hour of Jen Kingwell announcing her Dear Jen block(s) of the month I had paid up! I then forgot about it until the day before the first patterns were released! 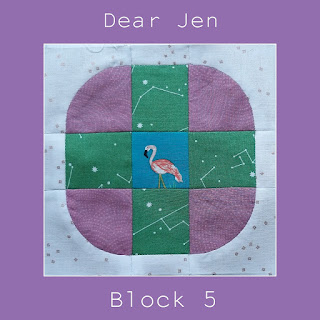 The plan is six blocks a month for a year. Easy. Except these aren't easy blocks. Jen's method is to make your own templates and then hand piece. Me and hand piecing are not friends, so I'm going to apply other methods. 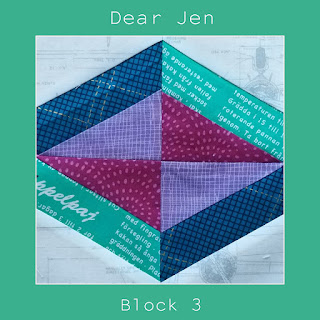 This first month I have made two blocks using foundation piecing and the remaining four using English Paper Piecing. Can you tell which is which? I know in future months there will also be some applique and probably some surprises...

I really enjoyed picking out random fabrics and putting them together. It's how I created my Ice Cream Soda quilt and I've been missing that freedom of fabric selection. My brain keeps telling me that my Delilah quilt works like that too, so maybe I should make an effort on that front! 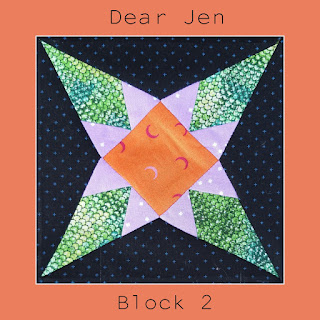 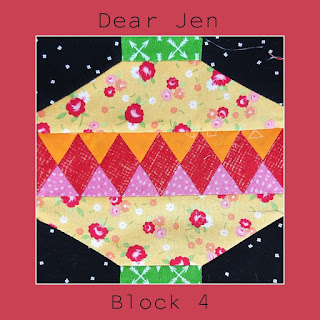 I've picked a chequerboard layout for my final quilt, so I'm doing half my blocks with dark backgrounds and half with light. 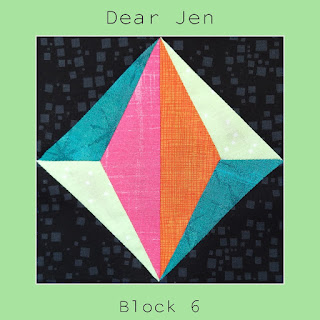 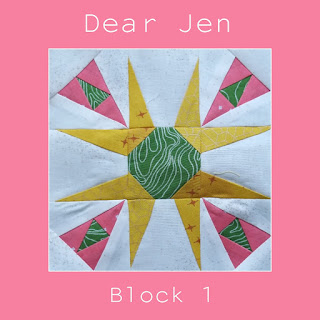 Looking forward to what next month has in store!
Posted by Jennie at 15:48