It feels like the start of April went really slowly and then suddenly about mid-April it picked up place and just rushed to an end. We had a busy April with lots of family and Jessica's third birthday and I can't believe it's already May and just a month until I go back to work after my maternity leave! 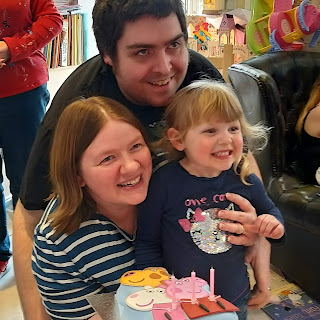 Scrolling back through my Instagram feed, it doesn't feel like April was very productive. But the reality was that I made nearly 100 Trinket blocks, and inevitably that took up a lot of my sewing time! I had a plan, and I'd nearly finished piecing blocks, and then I had a brainwave and needed twice as many.... so whilst I've been sharing regularly over on Instagram, you've only seen about half the blocks. I laid them all out on Monday and I've started putting the top together and if it looks as good in reality as it does in my head, I'll be happy. For now, there is a lot more boring construction in my future, but hopefully a finish this month. 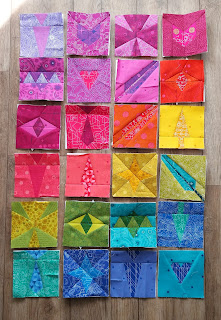 In fact, in optimism, I've purchased another 9m of wadding - enough for Fancy Forest, Tula Nova, Trinket and Lisa the Unicorn - you never know! Some of them may appear here too before the month is out (though probably not Fancy Forest).

I've managed to keep on top of some of my Block of the Month commitments: the Sharks Dinner block, whilst not lucky enough to get it's own blog post this month, is done, and I appliqued one of the previous month's blocks! 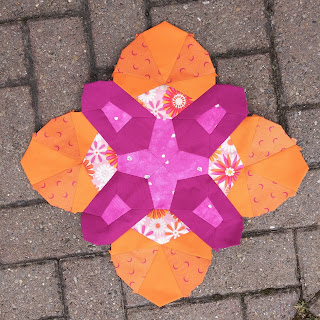 EPP Geo Diamond is also up to date! Though only just and pretty badly photographed! 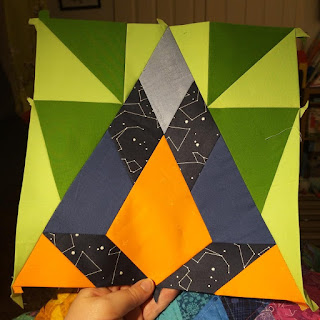 And Coming Home is nearly up to date. I added the appliqued tulips this month, and whilst I should have also started on the next border, I'm happy that I can pull it back in May - I started today! 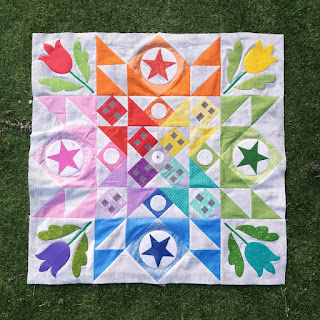 I made some pouches... three out of Zuma and four more which I'll share soon, once the fifth in the set is finished. 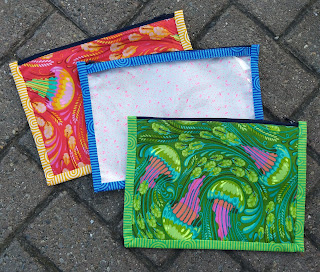 And some bunny pouches! 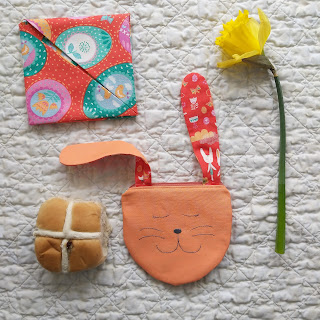 I made a few Meadowland blocks out of Pinkerville, and although I was worried by the first block, now I have four, I'm happy with it again. 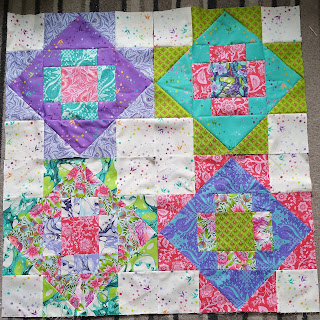 I tested a block for @the_m_a_k_e_r - it's called Hexie Shutterburst and she'll be launching it later in the year. I've pulled out my Zuma for it and I'm planning a full size quilt. 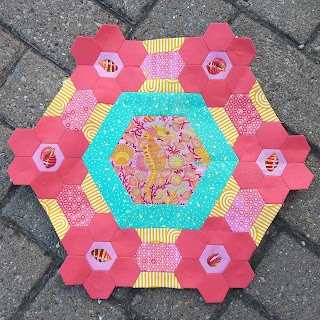 I've made some progress on Alexandria, but I still haven't finished piecing chapter 1 and chapter two came through the letterbox last week. I'm hoping to make more progress this month. 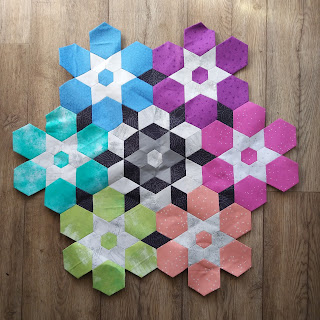 And the girls have been doing some sewing. Mia is working on a pouch on her very own machine, and Jess has finished a cushion. 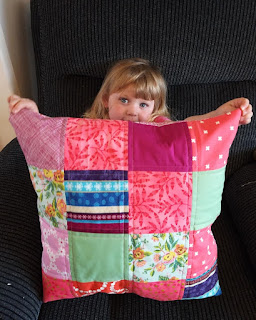 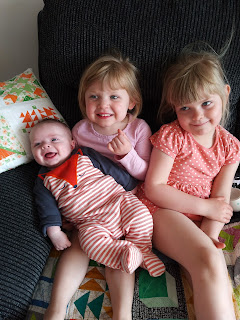 I'm linking up with Mini Archie's monthly furtle!
Posted by Jennie at 16:48

Wow! You've been hugely productive! I love all your colourful projects, and that last photo of you little ones is utterly adorable!! Well done on the WW too!

What a productive month! I'm lookingforward to seeing what you're doing all those trinket blocks and it looks like you're managing a fair bit of hand sewing - I'm hoping that means Josh is an excellent sleeper and the girls settle quickly at bedtime. Well done on the weight loss and running - bravo!!!! *applauds*

Thanks for linking up and spreading the word about Furtling!

Marvelous work and managing a sweet family too! Your quilty creations, especially the Coming Home are so very lovely.

Wow,I don't know how you can say that April didn't feel productive! So much great progress made with all those beautiful projects. I'm really looking forward to seeing your trinket layout.

That bunny pouch 😍😍 you have been so productive