This week has been pretty productive - maybe we are starting to find that six-week routine - yep Mia is already six weeks old - the time seems to have flown by on one hand, but on the other it's like she has always been here. 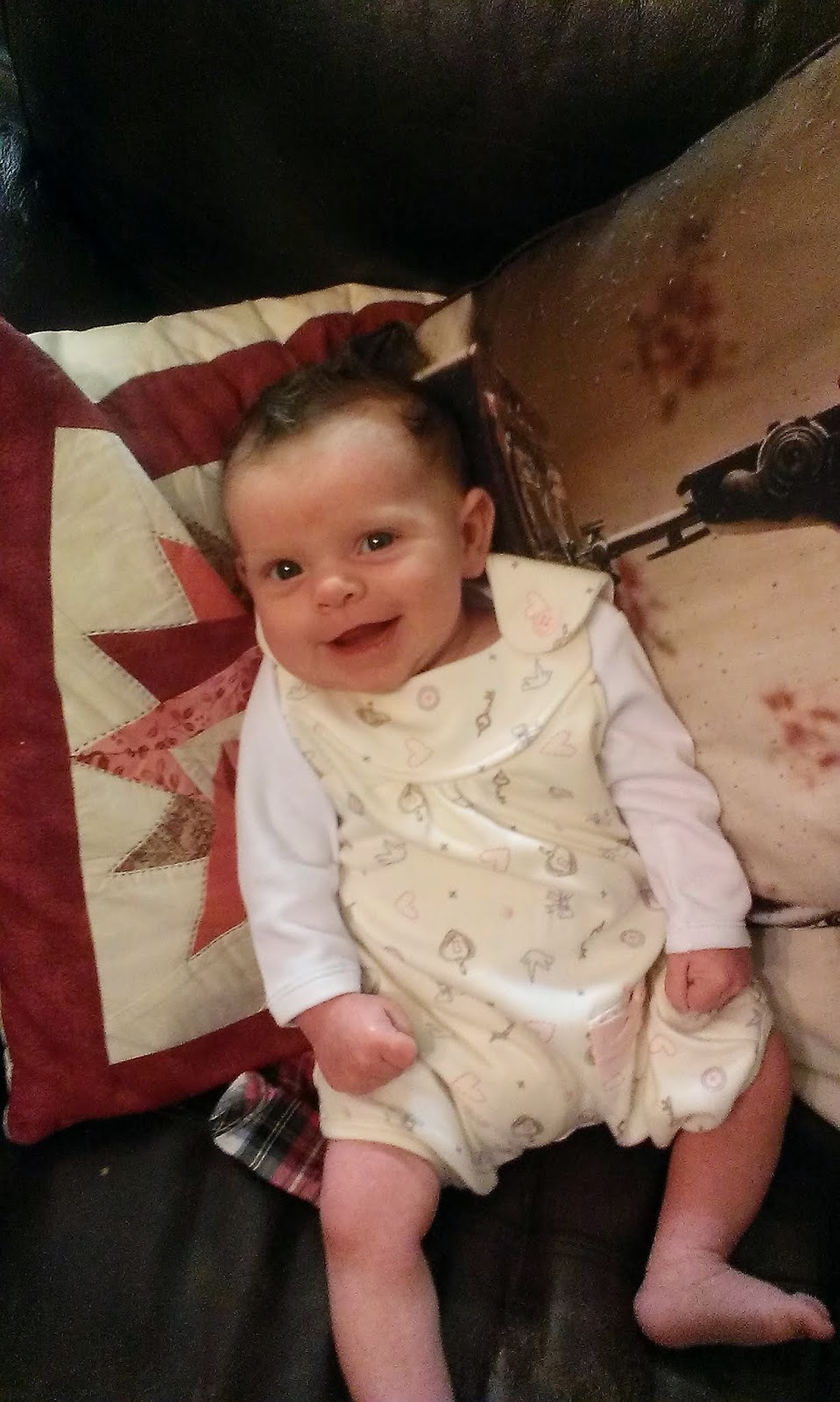 So this week I finally finished sashing my City Sampler quilt- but it's so large I can't photograph it yet, so I will have to leave you on tenterhooks for a few more weeks until I can get it basted.

I can show you a baby quilt I've made - it still needs to be basted and quilted, and the plan for the quilting is circles, which I may practice on another quilt first - one where mistakes would be less noticeable than a quilt with so much negative space. 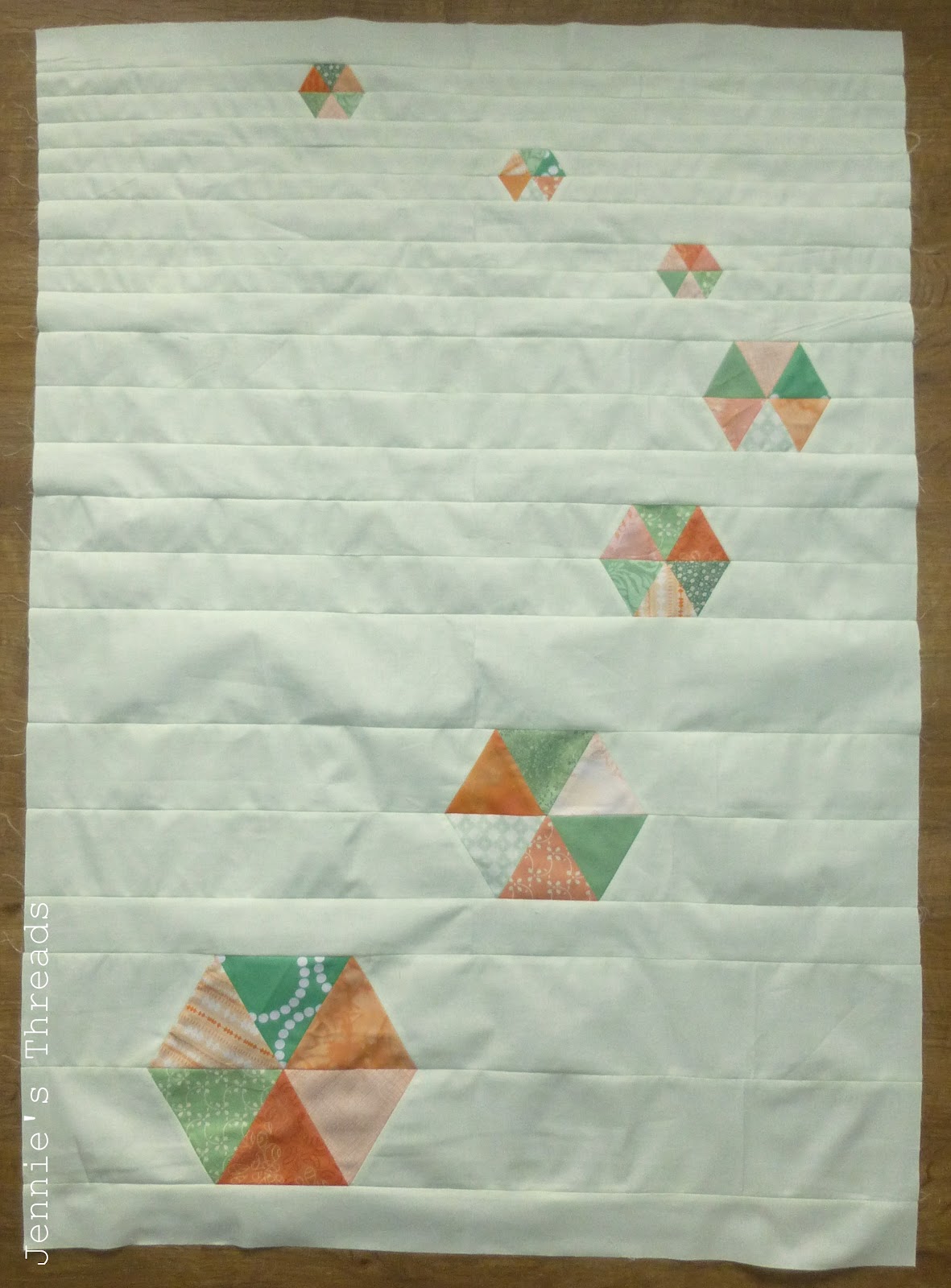 And I am UP TO DATE on all my bee commitments. At least I will be once I make it to the post office. These three sets are for the Siblings Together Bee 2: January for Dorothy - I find improv really difficult so I admit, I had been putting these off, but they went together really quickly and I like them now. 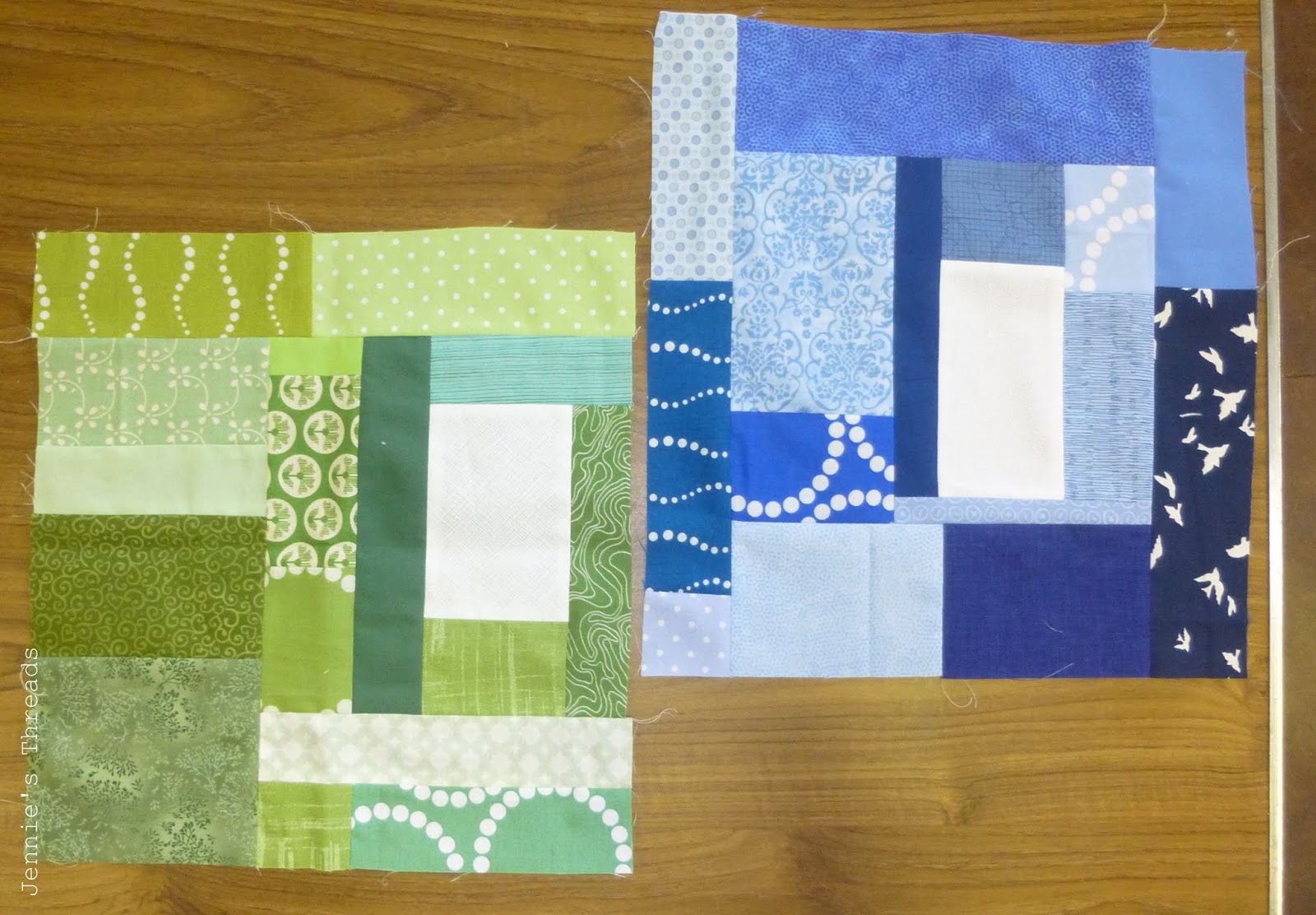 February blocks were done ages ago - but only because I was Queen and needed to make my models...

March for Sarah - I really enjoyed these blocks.

And April for Penny. I've made these blocks before and they are great - so much easier than they look using this tutorial from Moda Bake Shop. 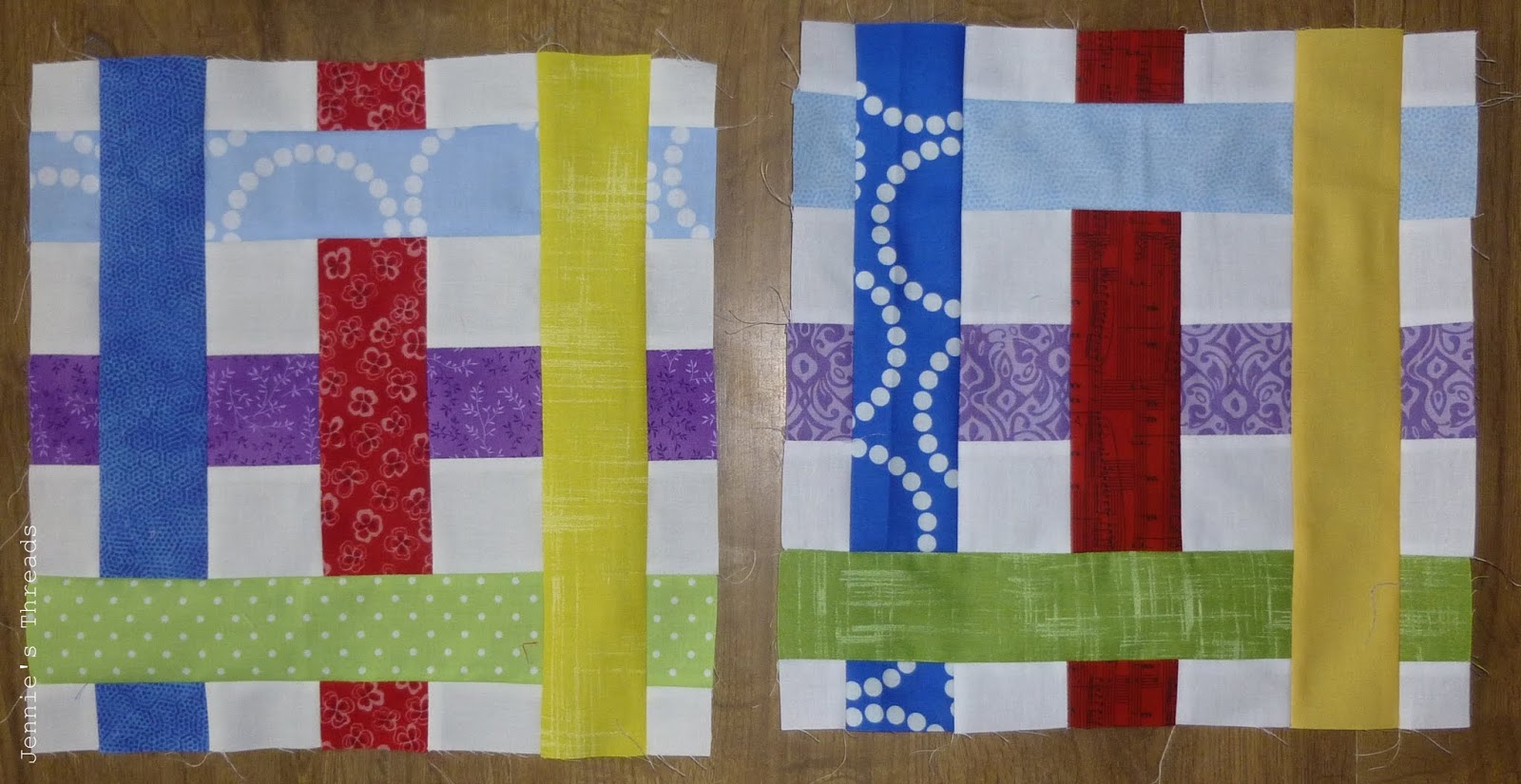 Linking up with WIP Wednesday.
Posted by Jennie at 15:10

Your blocks are gorgeous! And your daughter is simply splendid!!

Lovely picture of Mia - what are you doing to make her smile so! xx