Dress and knickers [a finish]

My first finish of the quarter is one that I wasn't sure would even happen! I don't do dress-making. I had no desire to make clothes for my daughter. Until I saw a girl at my LQS make one! This has to be the easiest that dressmaking ever gets! Seriously - I can recommend this pattern to absolutely anyone! 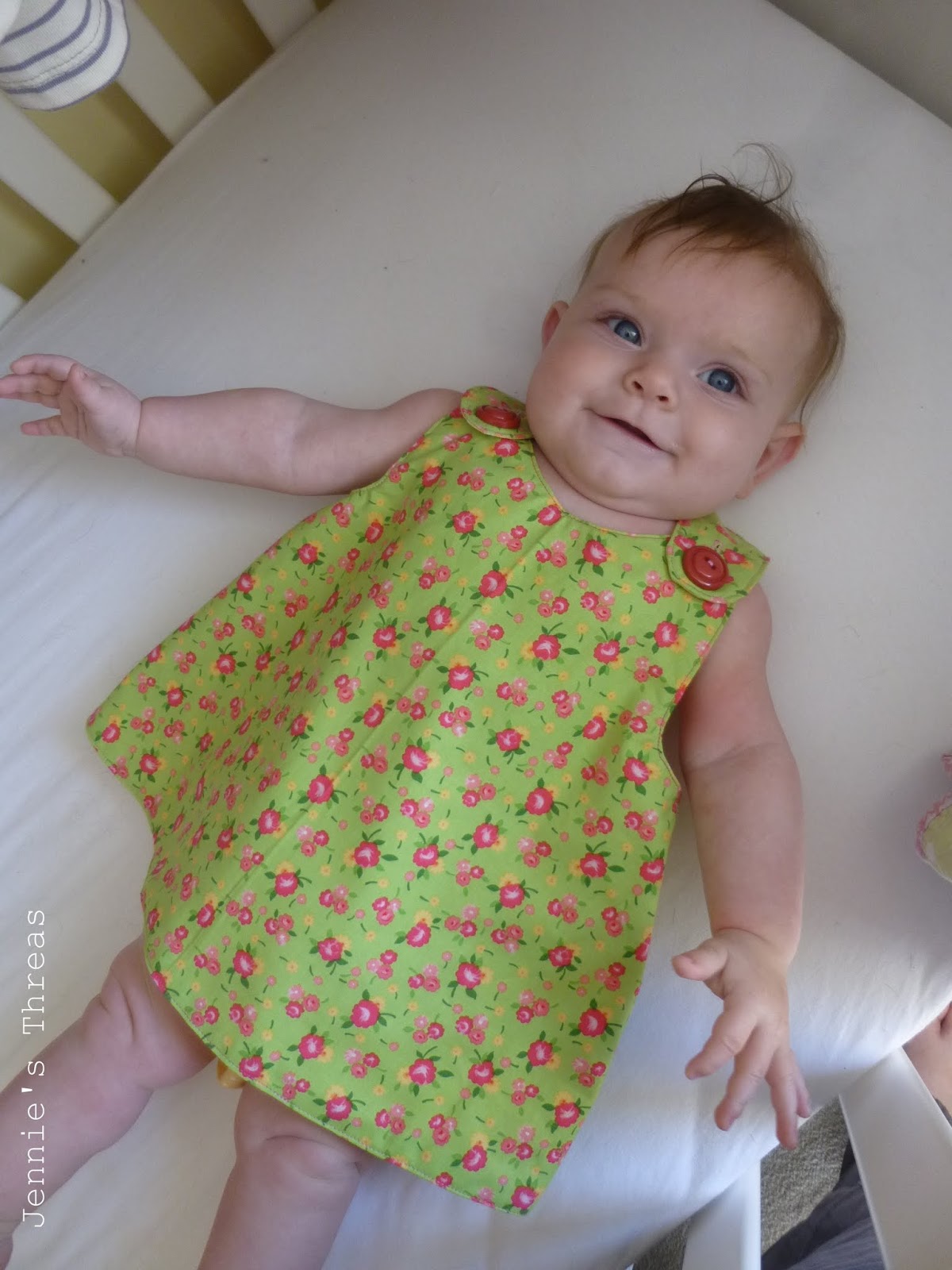 The trickiest part was the button holes. But it turns out that these are incredibly straightforward on my new machine. I did a practice one to work out what the hell I was doing, then two more practice ones to get the size right and then ta-dah. Buttons were nearly an issue - I couldn't find two that matched! Luckily these were hidden at the bottom of the tin. 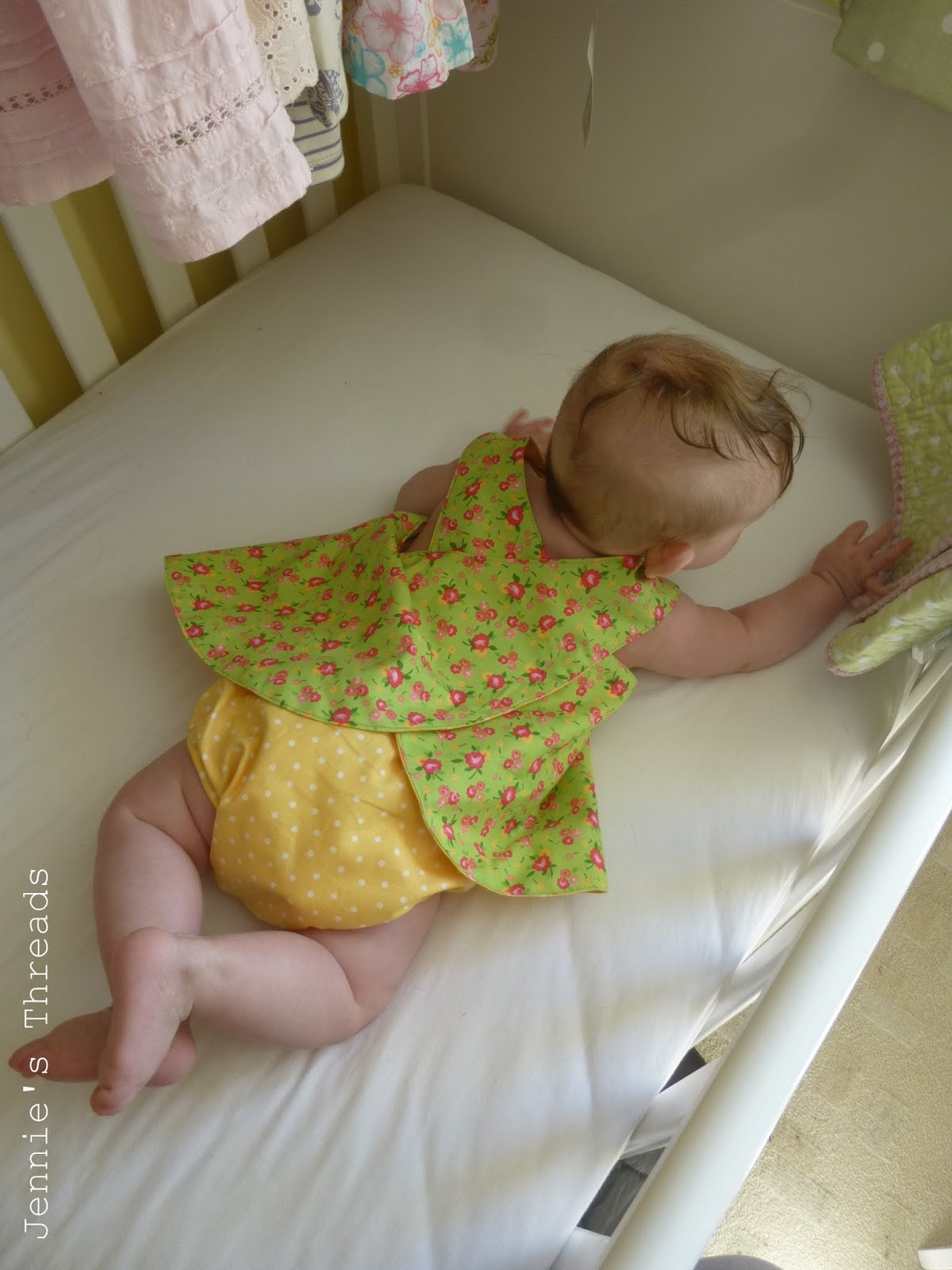 Embarrassingly I have to confess that I have never sewn on a button that needs to be used as a button. I got out my big how to sew book that I've never opened before! 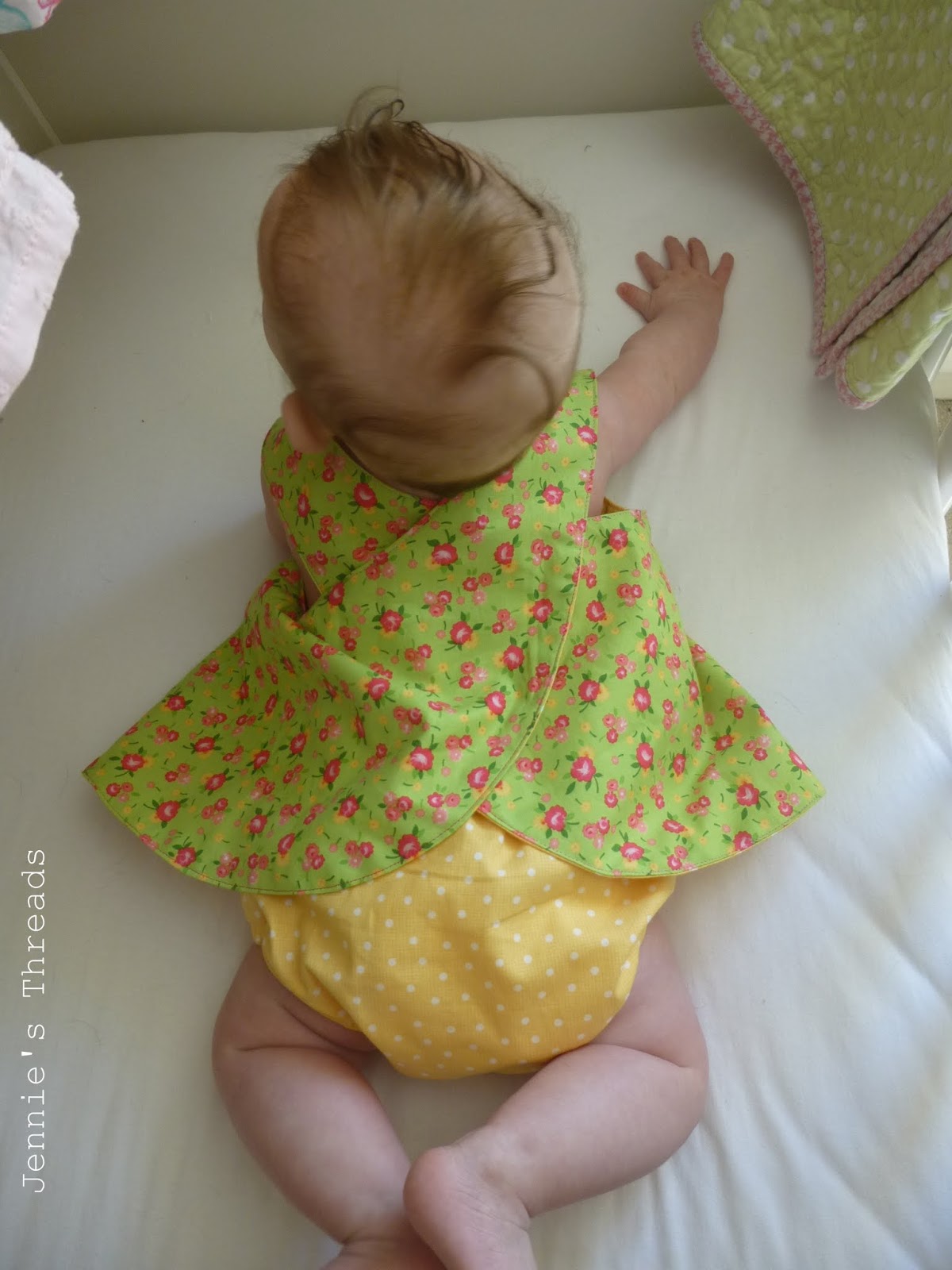 Because this dress is a little wrap-around number it really needed knickers to go with it! Unfortunately there was no tutorial on the same site as the dress, and the search term "frilly knickers" got some interesting results. Turns out that against my British judgement, the search term I needed was "diaper cover"! This was the tutorial I settled on! Mostly because when I read through it, it made sense. Though the elastic still sounded scary. I've never played with elastic before. I struggled turning over the casings for the leg elastic and because I don't have an overlocker it could be neater. I'm going to make some knickers to match outfits for weddings later in the summer and I will be doing a few things differently!

This is officially my first Finish Along finish of Quarter 3 - fingers crossed for a few more over the next couple of months!

Mia looks great in her new outfit! I am going to have a go at this for my great niece, thanks for the link. xx