Siblings Together [A {lovely} Finish]

Over a year ago a group of UK quilters started a bee to make quilts for the Siblings Together Charity. When we started I wasn't pregnant and I picked February to be my month. Quite fortuitous really given Mia's arrival! So whilst I was in labour the postman was busy delivering completed bee blocks. I'd picked the Love in the Mist block made scrappy and bright. 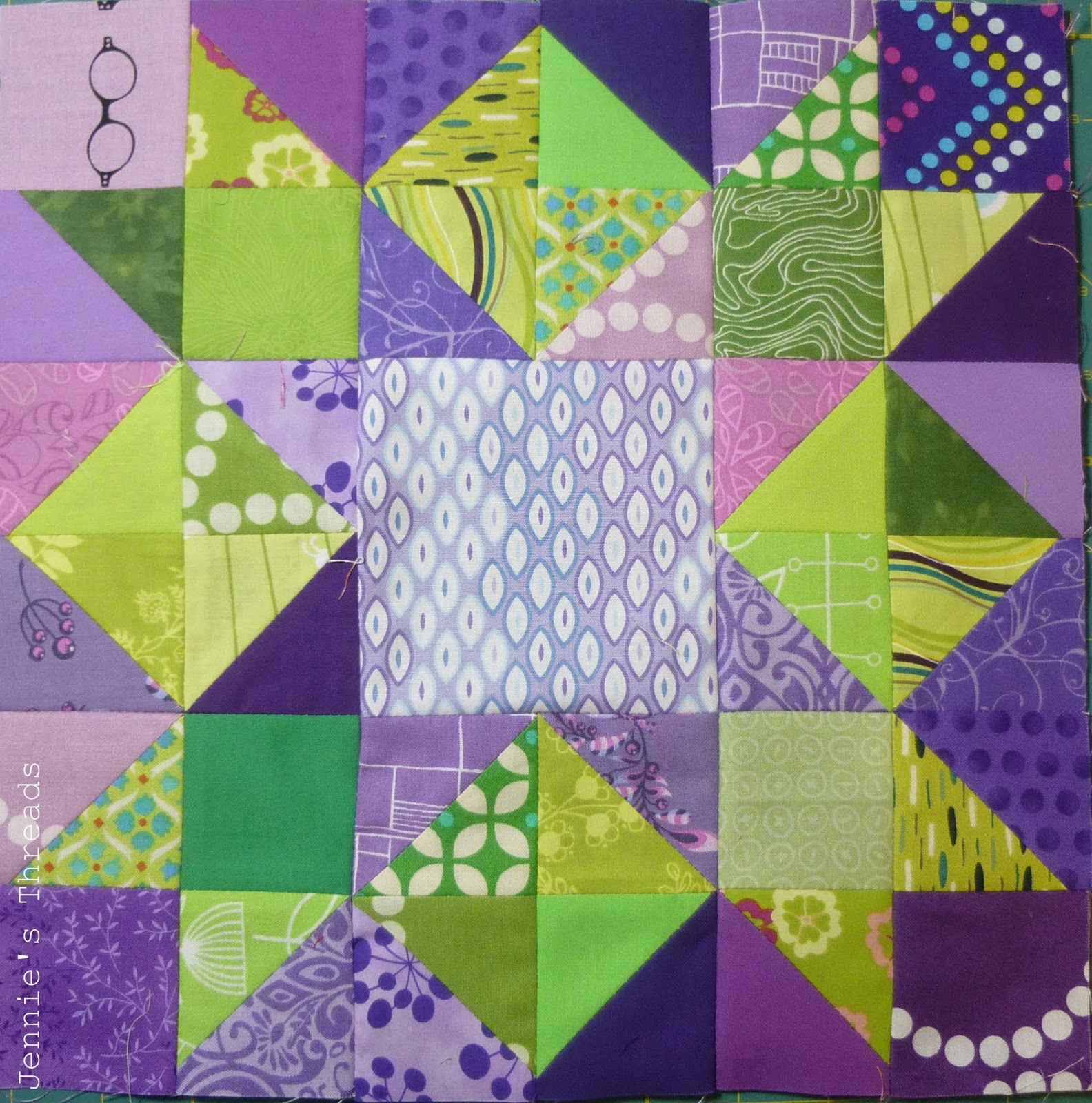 Inevitably it took me a while to get round to putting the blocks together. Initially I had intended not to use sashing. But it hurt my eyes. And it looks so much better with that little bit of white. Not so much that it shows every mark and has to be washed by foster mums every five minutes, but enough to brighten and lighten the quilt. 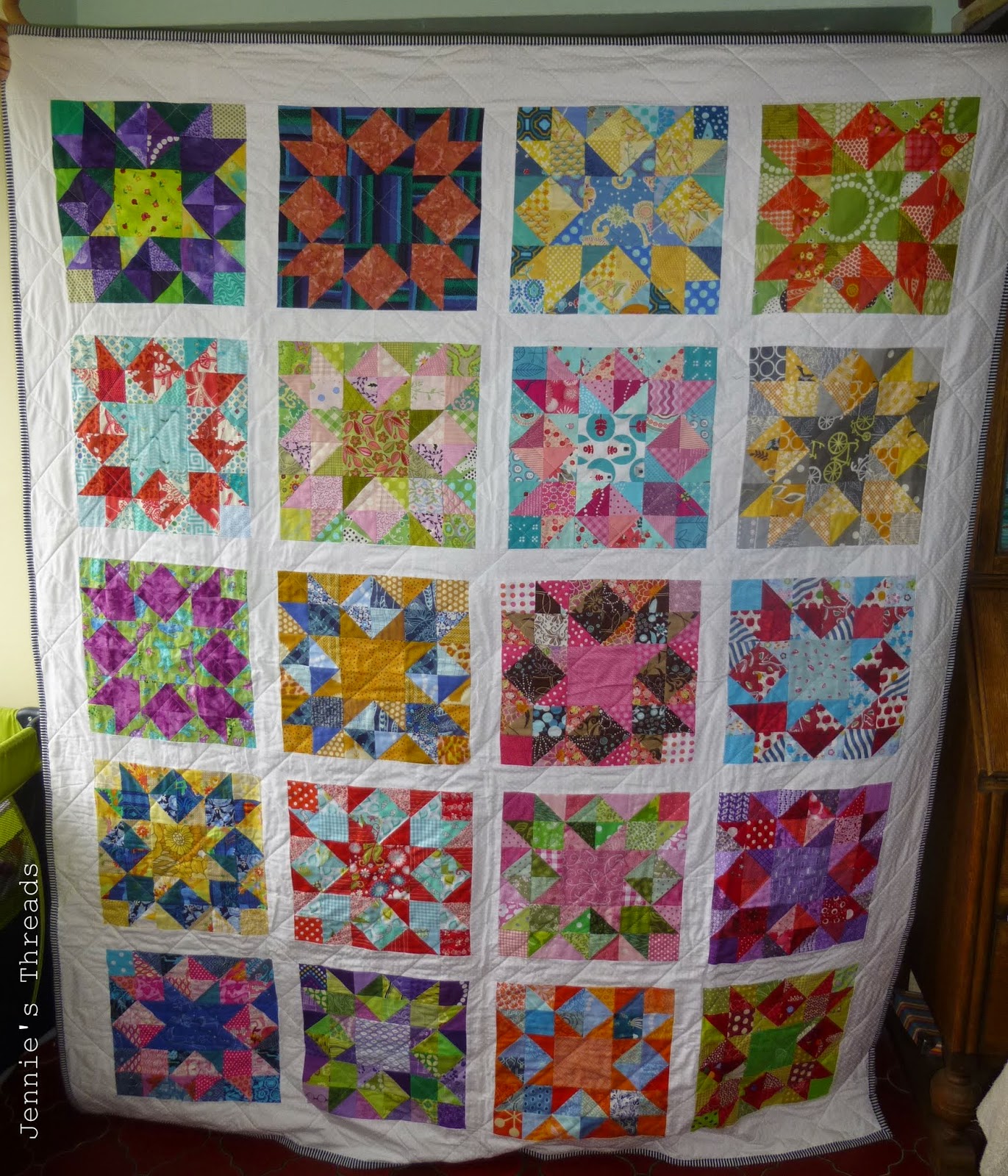 I wanted easy and quick quilting for this quilt. Unfortunately the week I had planned to quilt it was the week my machine died. And my Husqvarna just isn't up to fmq at the moment. So I plumped for a cross hatch, spaced at 4" using the Husqvarna walking foot (which I think is better than the Brother walking foot). I marked every line with a hera marker as I just don't get even vaguely straight lines by just using the quilting guides. 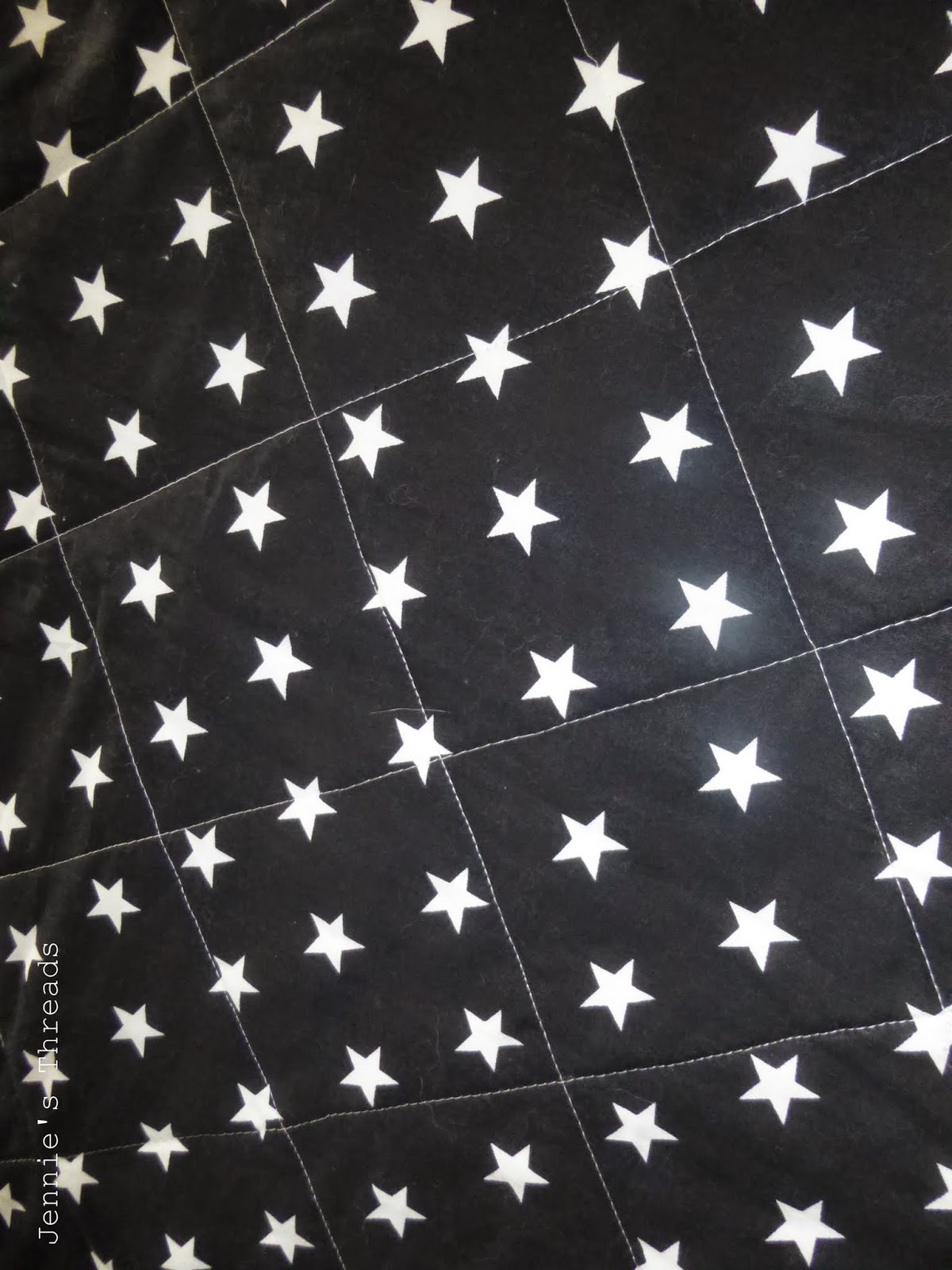 I think the straight line quilting works far better on this quilt than a free motion stipple, so it was obviously meant to be.

I wasn't sure I would get the chance to bind it before the end of the month, but my husband's mother's cousin's wife - we just call her Aunty Adrienne - needed some help binding her first quilt, so I used this quilt as an opportunity to show her (I hope I can get a photo of her finished quilt to share with you as it's fantastic). 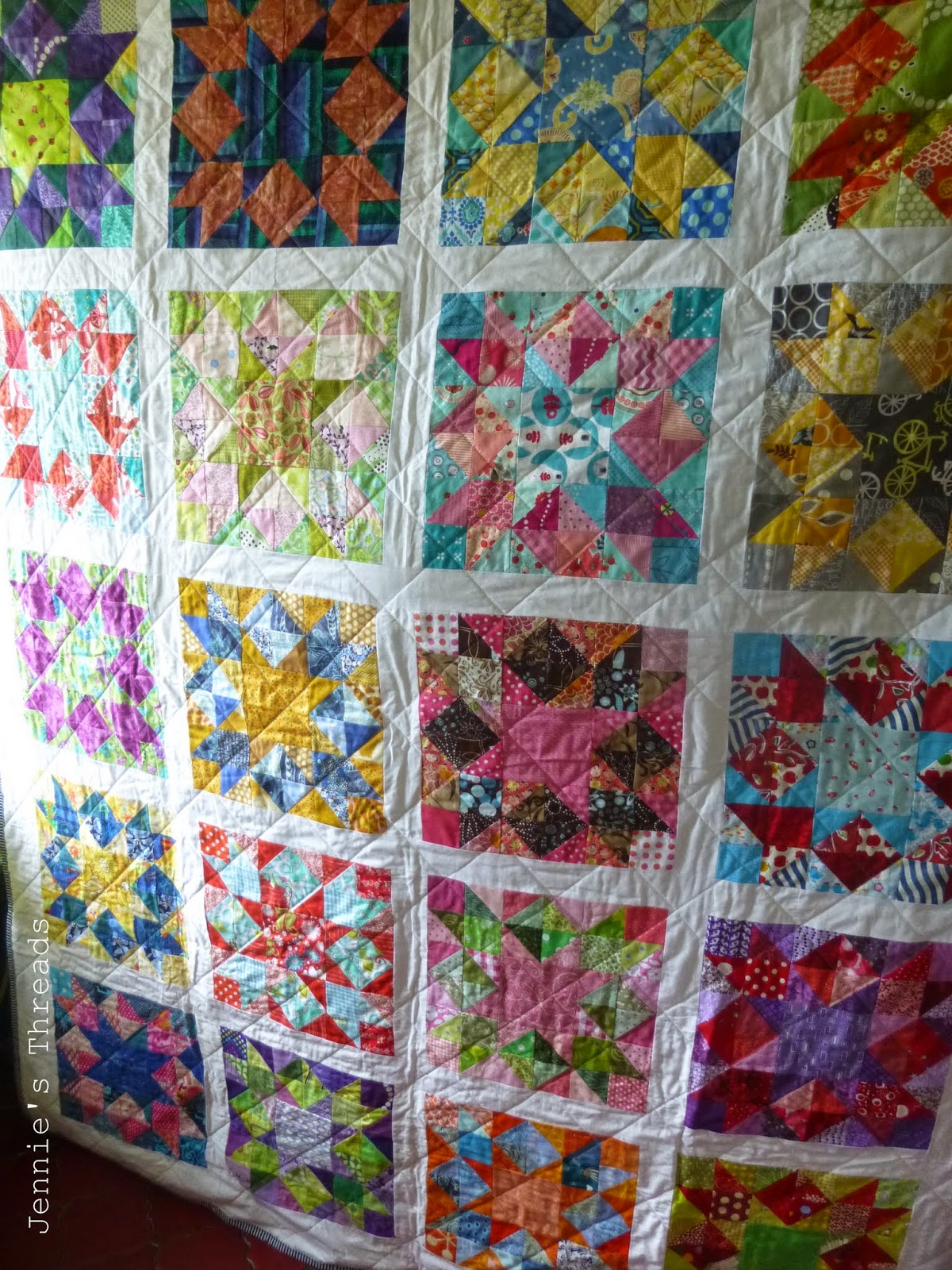 So it's finished. It got dragged about the floor a bit to mark it, so I need to wash it before I package it up, but for now I can declare this finished. It came in a little larger than planned due to the sashing at 62" x 78".

This was my goal for A Lovely Year of Finishes in August.