I can't believe how fast this year is rushing by. I think I say that every year. It's now October and I'm starting to think about Christmas - already! But first, how was September?

The highlight of the month was my block count. I managed to make 117 blocks in September. Of these, 47 were for the #365QuiltChallenge quilt. We hit a new milestone in this journey into the ridiculous this month: one of the blocks called for half-square-triangle units to be trimmed to 7/32". Never mind how hard it is to cut - how do you even say that out loud. The consensus seemed to be seven thirty-secondths... and I timmed to 1/4 - I'm not that accurate! As of 22nd September I was 100% up to date: I had made all the blocks that had been released and pieced the light border, 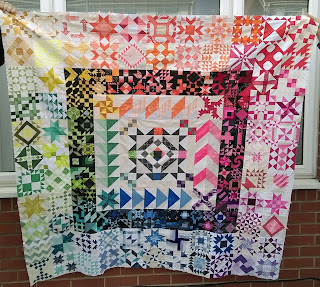 Since 22nd September I have not sewn any blocks. I had my gall bladder removed and have spent the last 10 days on the sofa.I thought I felt better yesterday so pulled some fabric for some blocks. And then I was exhausted again! And of course sod's law means that the blocks I'm behind look like absolute stinkers!


Another thirty-nine blocks were for the #100days100blocks from the Tula Pink City Sampler book.  I love these blocks. They are the total opposite of the #365 blocks - large pieces and simple piecing equals quick wins! Here are just a few. 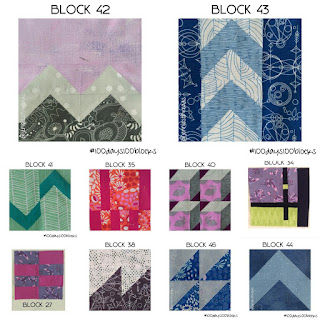 I made some progress on the Bee-utiful quilt: three more blocks completed and a couple more embroideries ready for borders. I'm hoping this will be a finish soon. 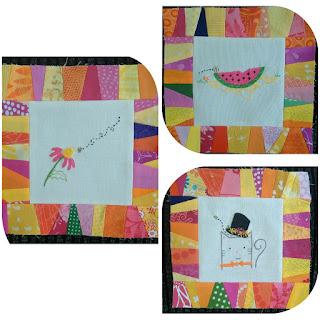 I did a few more Summer Sampler blocks - I'm halfway through now (and halfway behind!). Here are some peaks at the most recent blocks! I wasn't sure to start with but I'm totally falling back in love with these fabrics. 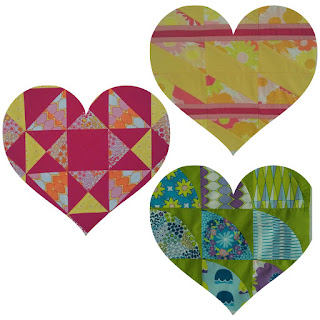 And I did a bit of an update on my Splendid Sampler progress after a flurry of eleven blocks made this month! 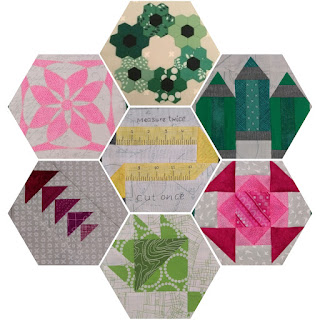 The last ten days of sofa-time have also been ten days of hand sewing time. I've made some really good progress on a few projects that now require a little bit of machine time before they will also be finishes. I'm hopeful that October will be notable for finishes as well as blocks! I have one to share with you tomorrow!

As for the family, Jessica is now 23 weeks old. She weighs 20lb 1oz. Mia didn't hit this weight till she was 33 weeks. Jess is desperate to crawl and is up on all fours and revving. But hasn't actually crawled yet. She does get very frustrated that she can't. She's also started eating baby rice and fruit purees. She's growing up so quickly. She currently has her first cold and is busy infecting the rest of us. 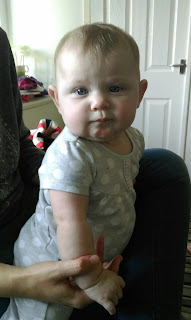 I'm struggling to get a picture of the girls together as Mia has decided she doesn't like having her photo taken! This is the best I've got recently. 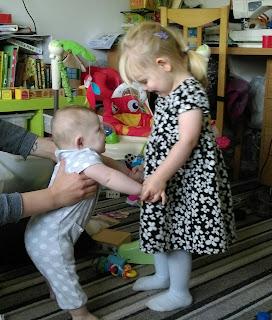 Mia will move into her big girl bedroom in October (if we get it painted): she's very excited about her new bedding, which she picked herself. Her current obsession is Fireman Sam and we've just bought her her first atlas as she loves maps. I recently bought a new copy of the last Harry Potter book (my current obsession) and it has a map of Hogwarts in the front that Mia was enthralled by. 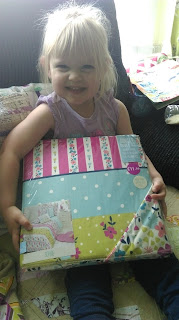 Linda has been helping a lot this last week while I can't pick up the girls and was rewarded with this absolutely beautiful photo of her and Jess. 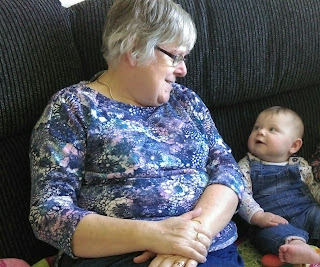 So that was September, now onto October! I'm pretty excited about what I can achieve.
p.s. can you tell I have a new app to edit photos and make collages!
Posted by Jennie at 10:23

Great pictures of the girls Jennie. How lucky you are to have Linda nearby to help out. Hope you will soon be back to normal. xx

Hope you're back up and running soon!! I keep meaning to ask how your Bake Off unpicking is going...are you nearly there yet?!