My first week of 2012 has been very busy (despite work)! I'll split it into two posts (partly because I haven't yet photographed some of my finishes.


I did some of the embroidery on the Quilt Aid block I am doing, but I now need some more threads. The rest of the block involves tiny half-inch hexagons. I've never seen the attraction of hexagons before, so I've never done any. I have been missing out. I bought myself a basting glue pen from Sewline and had a go. I love them. I've made four and have another 8 to go, but I see far more hexagons in the future. They still need to be appliqued round the edge. 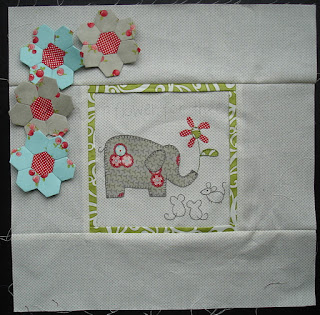 I returned to the Farmer's Wife Quilt Along last night. We're on a holiday break at the moment, but I had prepared two blocks before Christmas and wanted to make them up before I lost any of the pieces. Here is #101 Wedding Ring - a nice citrussy number (more of that orange!). 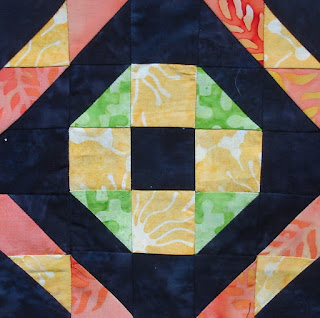 And #76 Saw Tooth. I was worried about the amount of black in this block, but the piece of fabric I cut for it has a really good mottled effect to it, so it doesn't look flat at all. I love the green fabric. Mum doesn't :) 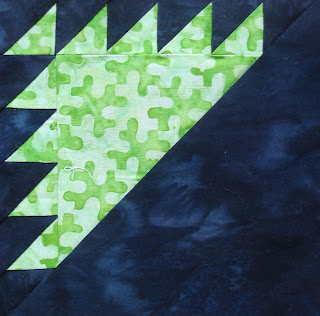 Over Christmas I had time to get all of the blocks out I had completed so far and a few blocks stuck out in a sore thumb kinda way. #1 Attic Windows was one of them: The block with the orange, pink and green is the original and the one with green, cream and purple is the new one. It works better because the ratio of black is more in tune with all of the other blocks.

I have another two blocks to redo, hopefully before the end of January, and I've picked out the colours for another couple. Check out everyone else's blocks in the Flickr Group.


Back before Christmas I signed up for the Oh My Stars Quilt-along. I got the fat quarters (Dogwood Trail) for Christmas and the background fabric last weekend. Now to start!

Can't wait to see your stars for the Oh My Stars QA out of this fabric....they will be beautiful!

Beautiful choice of fabric for your stars. Looking forward to seeing them

Your hexies and blocks look great. I became addicted to hexies too with the vignette quilt. Infact that is how I stumbled across so many beautiful blogs.