Life is mostly about hand sewing at the moment. February has turned into quite the busy little month and in the evenings I'm finding I would rather sit with hand sewing on the sofa than at my machine. Of course, a lack of sewing times means I have hundreds of ideas swimming around inside my head, desperate to get out!

But back to the hand sewing - I have three EPP projects on the go at the moment - some hexies left over from a project I worked on in 2013, some trapies blocks I started at Christmas and some clamshells. I order the paper pieces months (if not years) ago and carefully put them in the box for "one day".

Rachel over at Stitched in Color kicked off a Clambake quilt-along a few weeks ago and Anne and Adrianne kicked off the Pantone Colour challenge at about the same time, so I decided to play along with both and pulled out those paper pieces. Turns out that they are quite small - just 2" across the width, and it also turns out that sewing them together are quite fiddly. No, very fiddly! 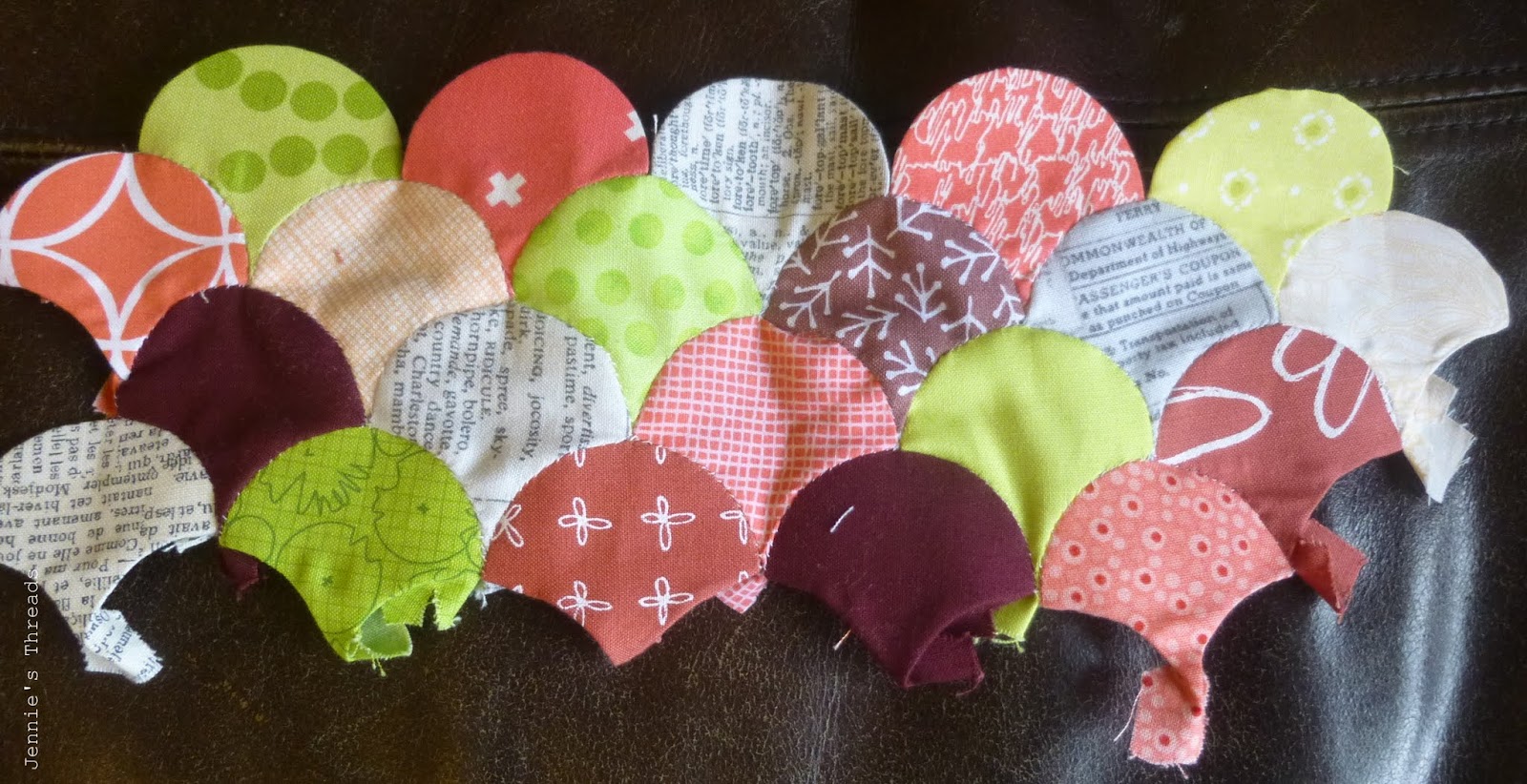 Almost giving-up-level fiddly. But it turns out that with some perseverance it does get easier. But this will never grow up and become a full size quilt. I'm optimistic about a stripe on a cushion cover!
Posted by Jennie at 15:35

Rachel at Stitched in Color said...

A stripe on a cushion cover would be lovely! Seems the EPP method is tricky even for those most experienced. But, at least yours are coming out nicely, even if it is fiddly. Thanks for sharing!

Are you working them on a backing fabric Jennie? I like the colours. xx