Sometimes there is no logic involved in why I put a project down and ignore it for a few months and just as little logic as to why I pick it up again. It's been months since I really worked on my La Passacaglia quilt but this weekend I picked it up again.

My large rosette made entirely with fabric from Carolyn Friedlander's Architextures range (one of my all time favourite fabric ranges, now greatly diminished in my stash) was so close to being finished I have no idea why I didn't. On Saturday I got it finished and it only took a few hours! 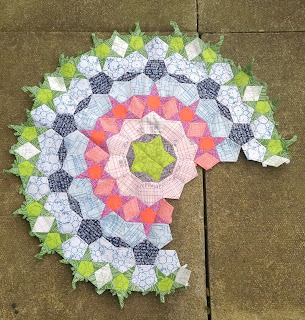 I love it. And a huge thanks must go to the oodles of people over on Instagram who made my weekend by liking it!

On a roll, and I finally went back to one of the smaller rosettes. I had cut enough star pieces to make this with 8 stars, but after piecing 3 of those last summer I decided I didn't like the contrast and stopped at a much smaller rosette. In the intervening months it's grown on me, and yesterday I finally added those remaining stars. I love this one too. 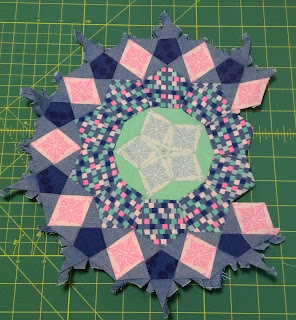 I've also made some progress on the next rosette. Star points next. 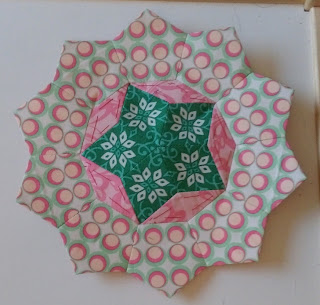 And I have another rosette all planned out already!
Posted by Jennie at 12:00

They are fascinating Jenny. xx