If you're on Instagram you might have seen a flurry of teeny tiny pincushions recently.... there's been a bit of a party, and I couldn't help but join in! I took the opportunity to make some tiny pincushions for my guild buddies for our recent retreat (more on that to come!). 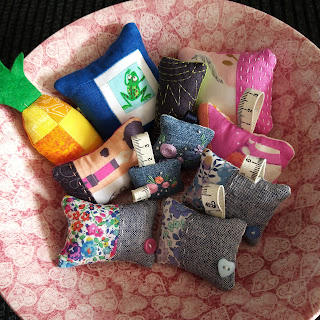 Here are most of the pinnies all together, but the hexagon one below was made a bit later so missed the group show. It's made from a tutorial by @cloudtori and uses some Zuma fabric and Tula Pink Designer Solids. 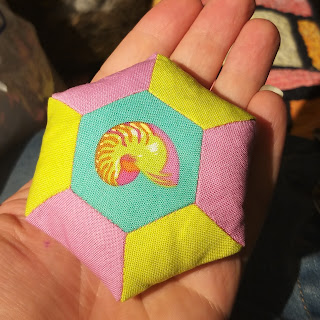 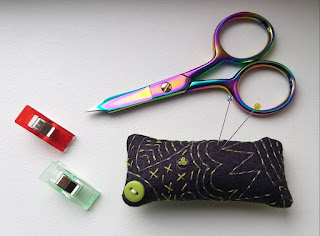 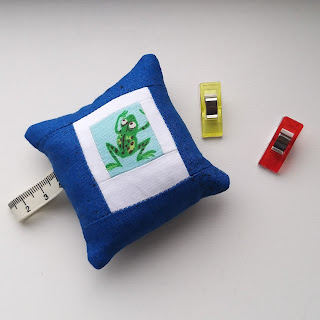 A scrap of Liberty left over from my Summer Sampler cobined with some really lovely Essex Linen and the cutest pink button. 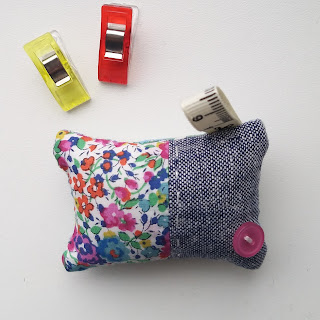 A pineapple. Of course. He's a little but wonky.... 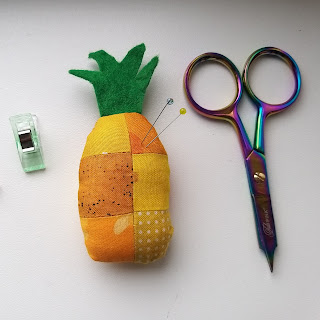 This is one of two tiny embroidered pinnies each finishing at 1.5" square. The denim is the offcuts from making the boxed corners of the Lola Pouch and I used this one as a zipper pull for that pouch. 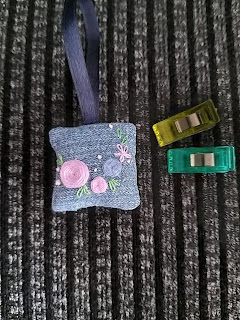 I couldn't throw away the scrap with the fountain pen... 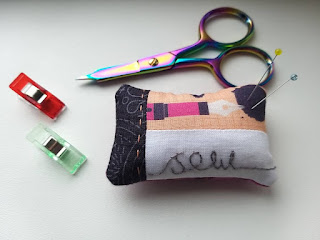 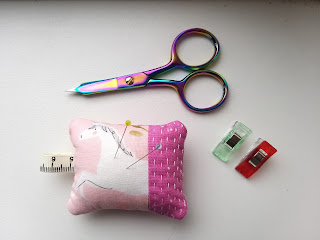 I made a couple more Liberty and linen pincushions, but don't seem to have photographed them: one has already been gifted and I think I'll keep the other one for myself. I suspect there will be more tiny pincushions in my future! Some of the ones made by others for the parade were inspiring - check out #teentinypinnieparade on Instgram
Posted by Jennie at 19:37

They're so cute and colourful. (do you mean to have a halo type ring over your blog? it shows that way on my screen and is quite distracting unfortunately. It may be the way my bloglovin feed shows it. I'm not sure).