His and Hers [mug rugs]

My brother and his fiancee get married tomorrow. I decided last weekend to make them a present. Nothing like the last minute to get things done! Inspired by some of the mosaics I saw coming out of the Big Stitch Swap earlier this summer, I had a play with the periodic table to see what I could spell. There's a great website which lists a LOT of words which can be made from the elements...

With some help from hubby we decided on His and Hers. I picked fabric and thread to match the colour scheme of their living room and started the embroidery. I got most of the way through "HErS" when I realised the bobbin of thread I was using was not going to be enough. That was fine - from my cross stitching days I have plenty of bobbins of most colours. I pulled out the other bobbins labelled 318. Out of four bobbins only one was the same colour. I don't know whether the dye lots were different or the people from whom I had inherited some of the threads had incorrectly labelled, but whatever the reason I had a problem.

I tried two different shops for more thread. Both sold the "other" brand. In the end I bought the theoretical equivalent. I got it home and it was definitely not the same colour. I kept stitching and with absolutely no thread to spare, I finished the first mug rug. With very little choice I used the other brand to sew "HIS".

They are different colours. But I think you have to look hard in natural daylight to tell. Next the quilting. Because it was fairly last minute I decided to try Frixion pens for the first time. They really work! I had some second thoughts about the quilting half way through but I like how it turned out. 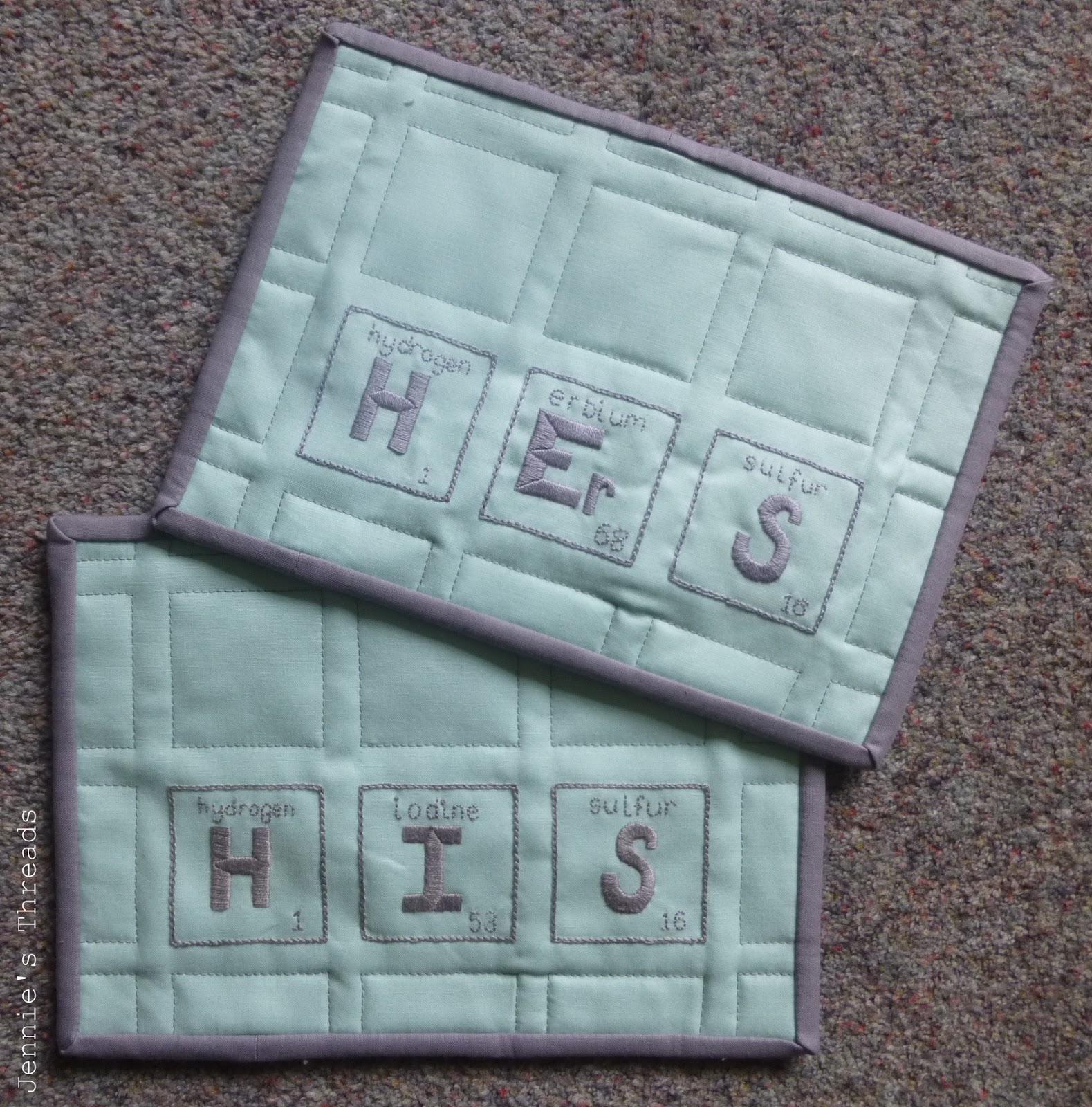 Due to a power cut at in inopportune moment yesterday, I only got these finished this morning, but they are all ready for the Bride and Groom. Each mug rug is 10" x 7". The front and binding is all Kona Solids, and the back is Saltwater from Tula Pink.
Posted by Jennie at 12:06