Back to finishing ways - I have three to share with you over the next few days!

First up is my favourite (at least for today). My Modern Alphabet Quilt. The pattern is by Tula Pink and is for a lap size quilt. Although I love the quilt, I didn't want this as a lap quilt - certainly not with that much white in our house! So the pattern sat and was forgotten for a long time. 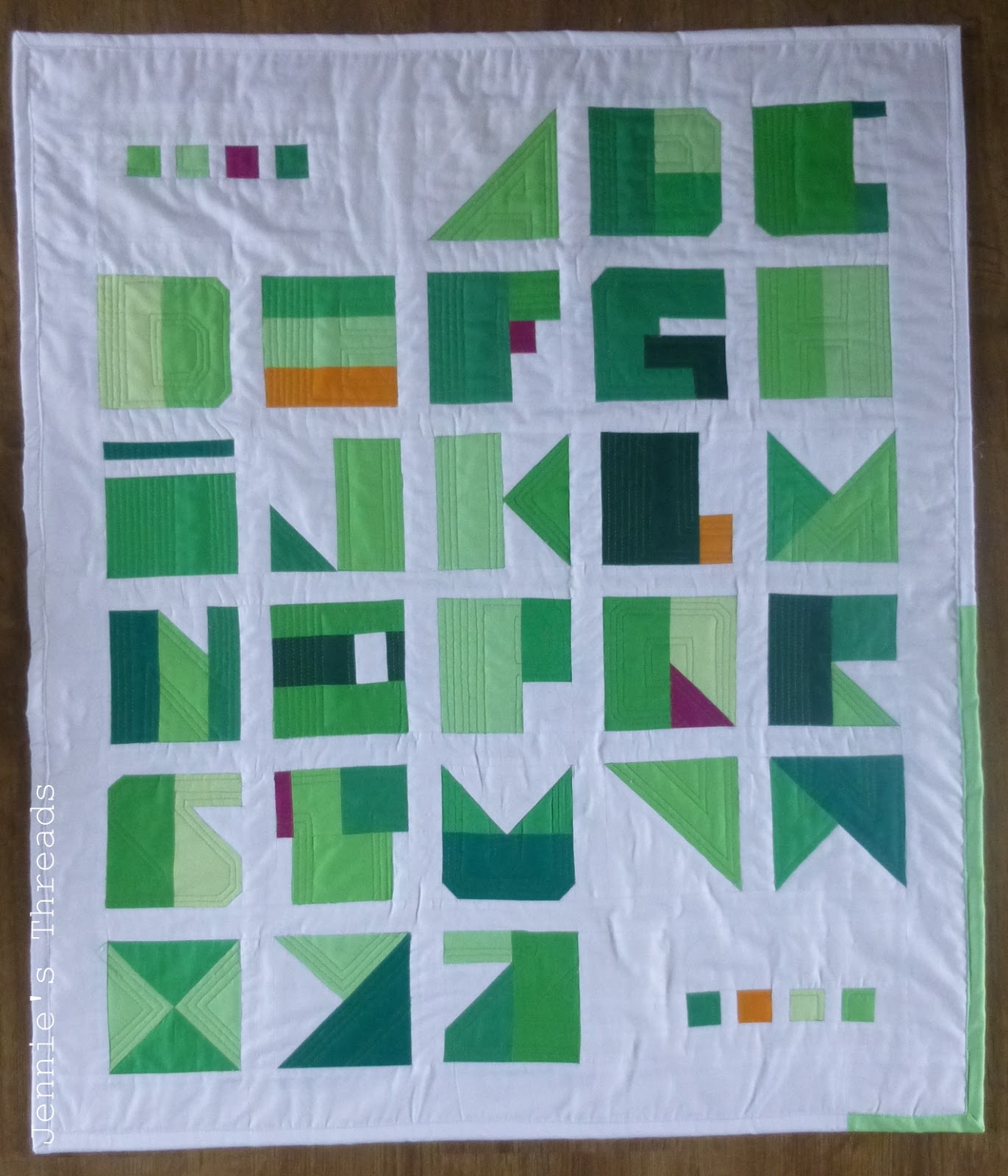 Until I shrunk it to make a (fairly large) wall hanging. The fabrics sat on my sewing table for a while. First with blue, then without blue, then blue without green... it wasn't until I added in the orange and pink (originally I was just going to use one of them, but I couldn't decide) and decided to go with green that I was happy. It's also one of the few quilts I've made with only solids. I also had an inkling I wouldn't be quilting the background very early on - so instead of leaving large areas of background at the start and finish of the alphabet, like the pattern, I pieced in some colour. I have never had to use a seam ripper so much in my life. The bottom corner was ripped out three times - twice was my fault, and once was the iron's fault. 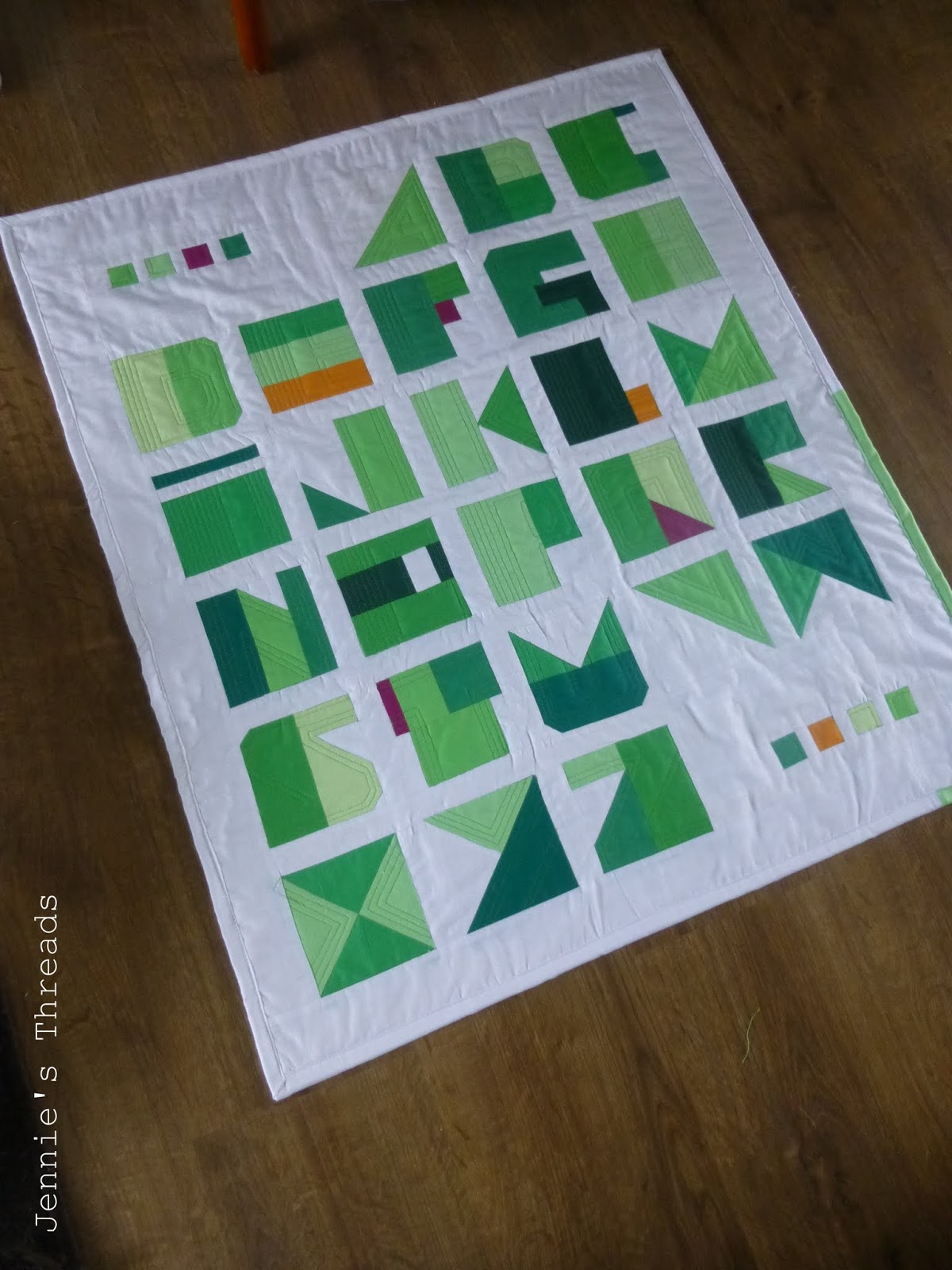 It was the quilting that really attracted me to this quilt. I love the way simple piecing is turned into letters by adding the quilting lines. Without quilting, the A is just a half-square triangle and the E is just three rectangles. I started quilting it last weekend. And hated it. I started again on Monday and tried something a little different: instead of using the walking foot, which I find hard to keep accurate, I used a regular foot with a longer stitch length. This meant I had greater accuracy. I also left gaps: originally I had planned to quilt all of the colour, but by leaving gaps, the letters are clearer. At least I think so. 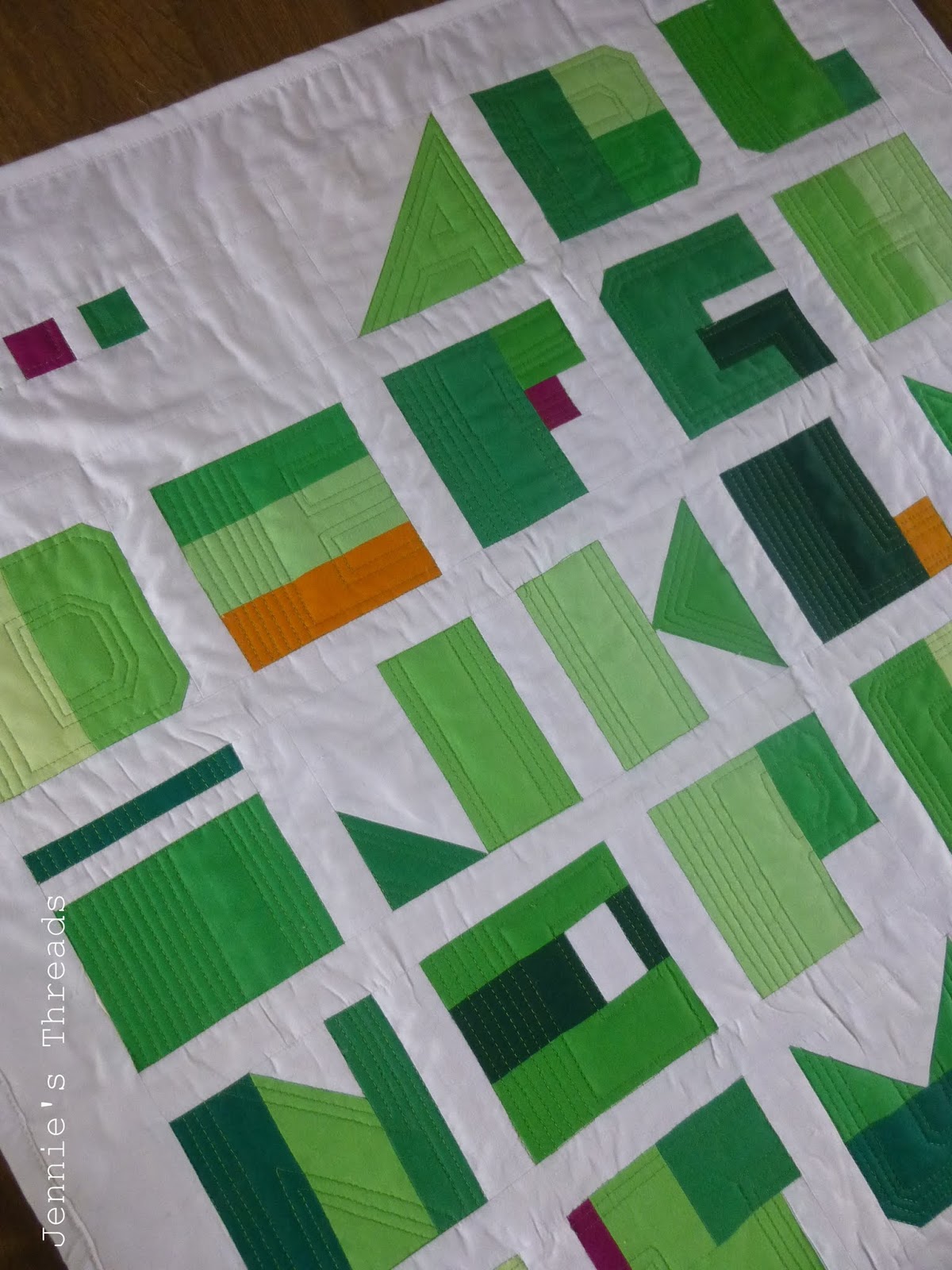 The finished quilt is 33" x 28". The fabrics are Kona solids in Honey dew, pear, sour apple, kiwi, clover and kelly (greens) and School bus (orange) and cerise (pink). The background is Art Gallery Pure Elements Snow. I also bound it in the Art Gallery with a splash of pear. It's quilted in Aurifil 50w 1114 (a beautiful green!). It's backed with Ikea Britten (lots of my quilts will be over the next few months - I splashed out and bought 6m) 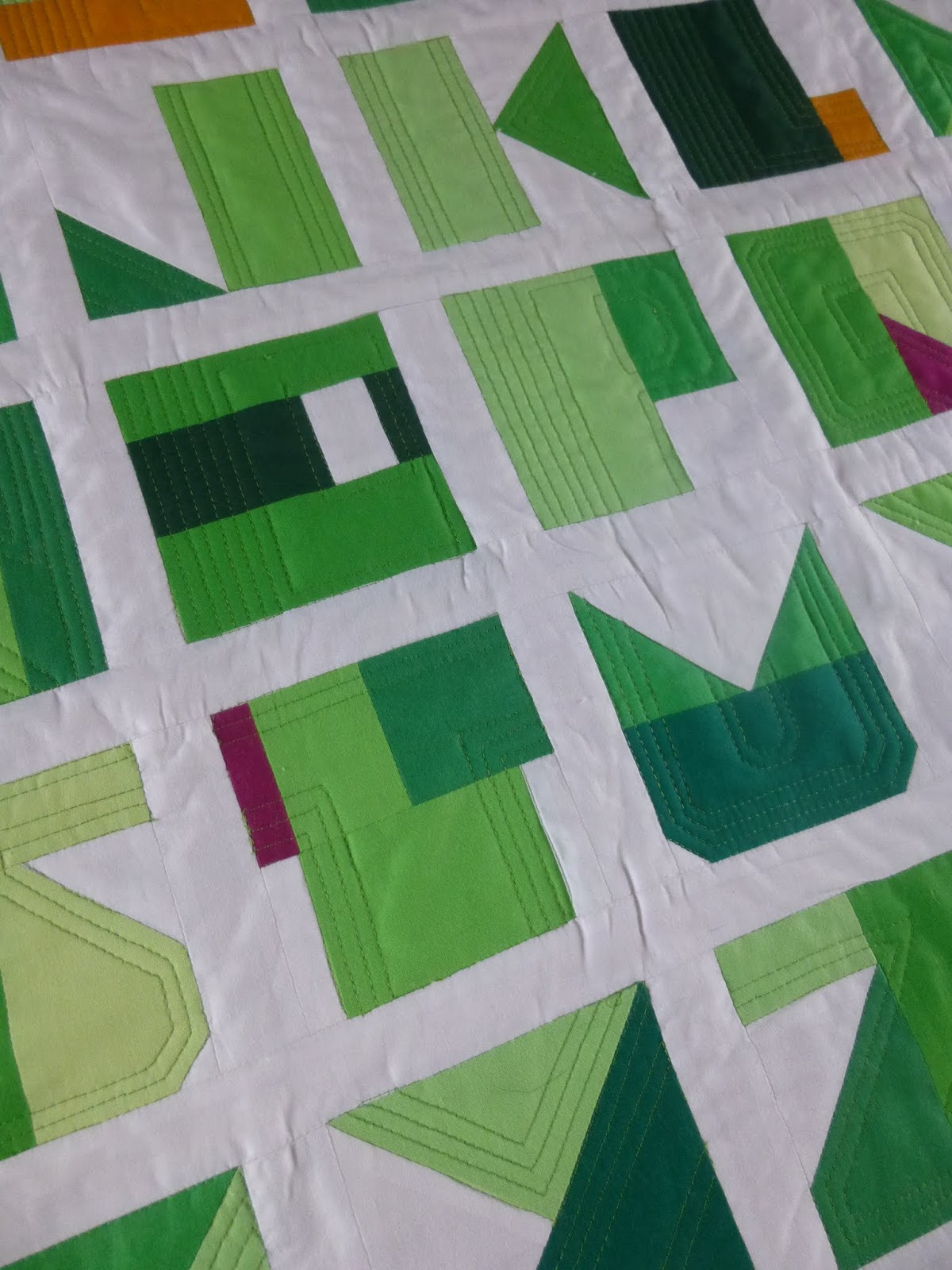 And this finish is another from my Finish Along List for quarter 3. You can find my original (lengthy) list here.

I like it Jennie - different, but I like your colour choices and the splash of something extra. Wee done you for persevering. xx