A Flower for Thee [a finish]

Loads of projects are suddenly coming together after a few months of a couple of stitches every now and then. This is a project that has been three years in the making. It started as a kit of a block that was one of twelve. Quilt Aid was a project raising money for women injured in childbirth and for each block bought a donation would be made. As I understand it, the scheme ran for a few years and in 2011 was introduced to Europe for the first time - 6 shops each had two blocks. But there was no way of paying over a period, or having the blocks saved. So unless you bought all 12 blocks within about 4 months of the launch, you weren't guaranteed a kit. At about 20eur / £18 a block, I simply couldn't commit to that. I ended up with four kits of the full twelve. 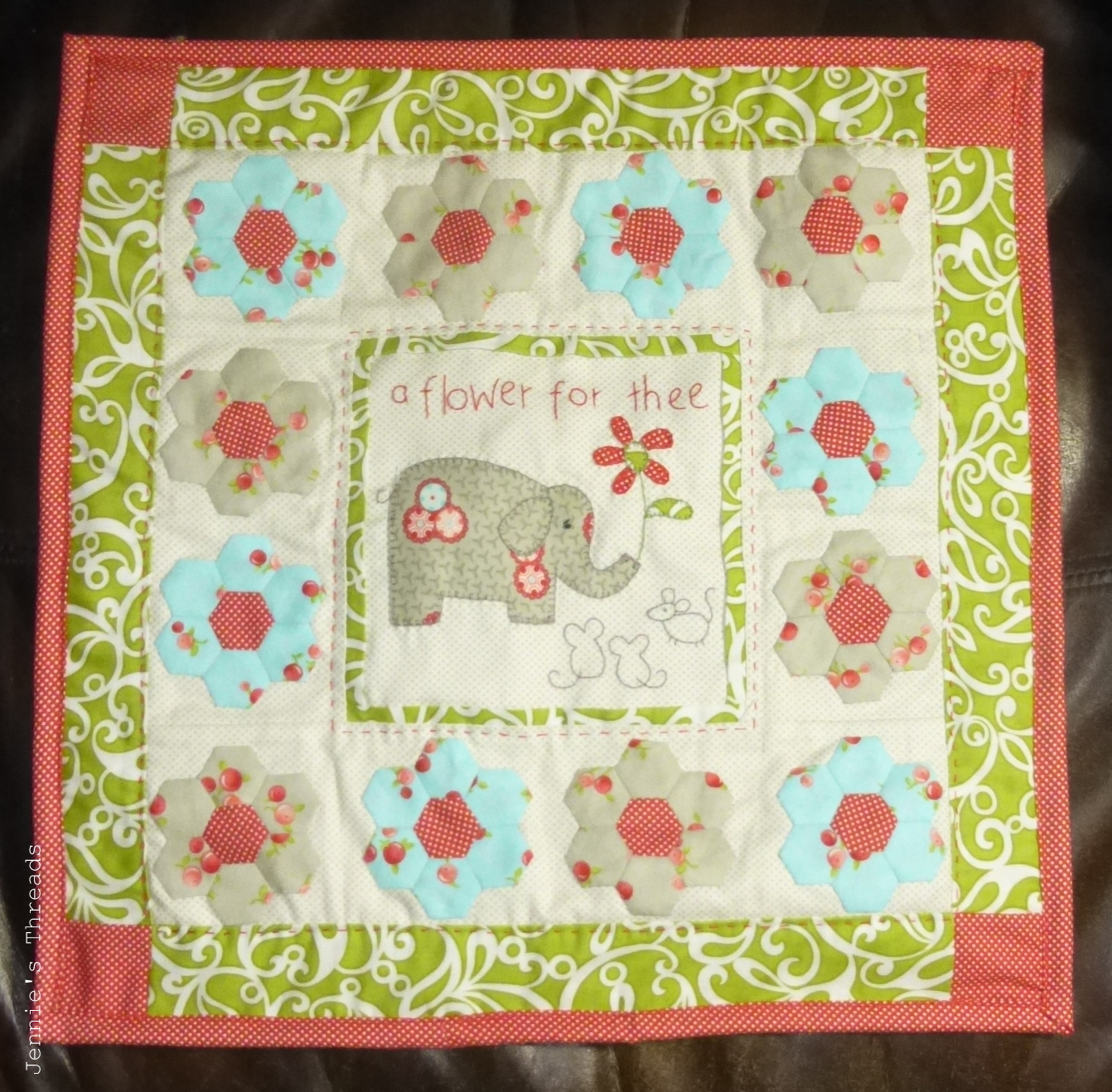 I'd started the first block really excited, but once I realised I would never be able to finish the quilt (and that the four blocks I had bought were not among my real favourites) I put the block I had started in a drawer and forgot about it. Until this summer, when we rearranged the world (it was only the lounge, but it felt like the world). I found it and was going to throw it away to be honest, when my Mum suggested finishing it as a cushion for Mia. Maybe because I had a reason to finish it, I added it to my Finish Along List and I'm really pleased to see it finished at last. It's come out much better than I had expected. 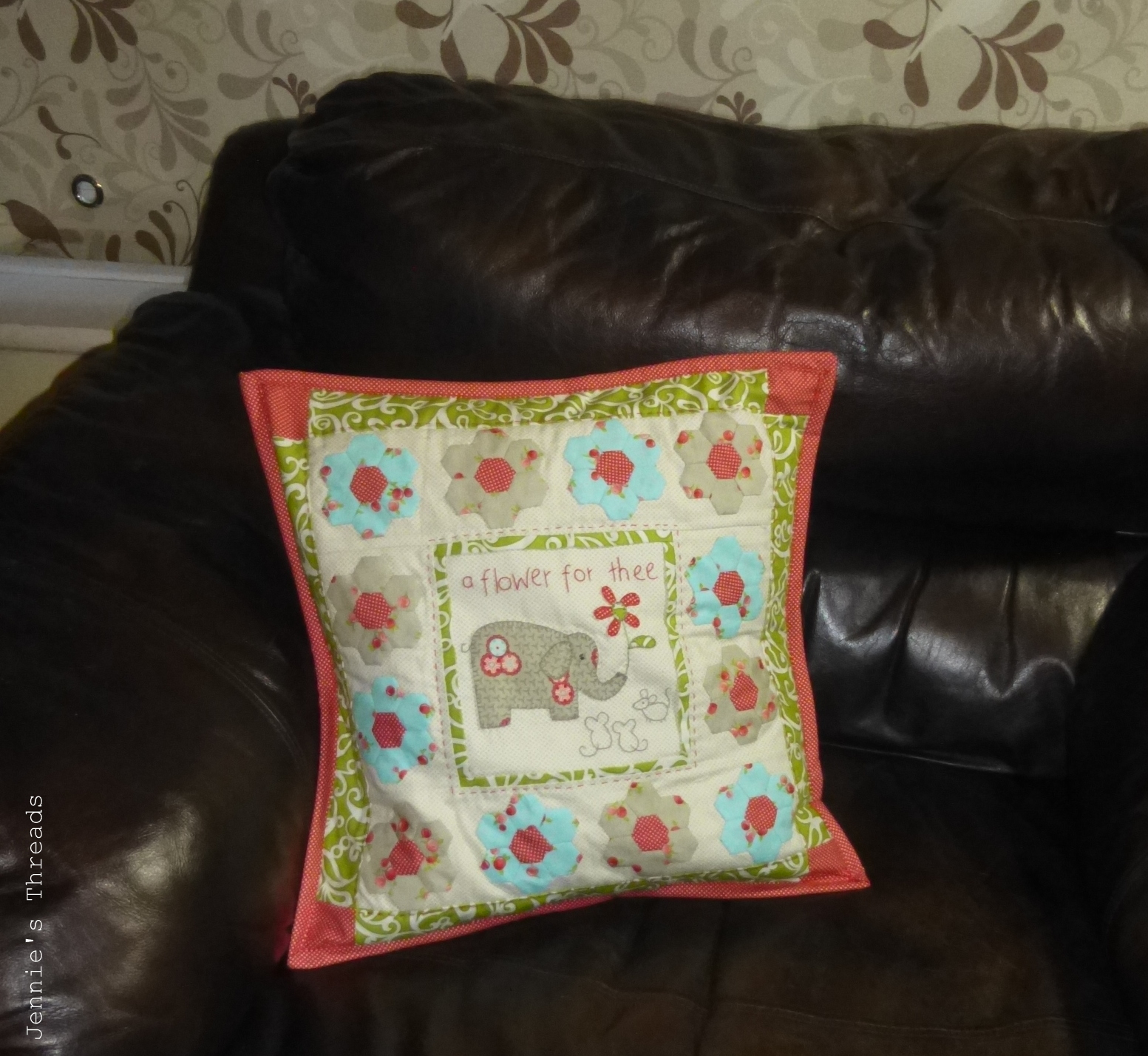 The fabric is all Ruby by Bonnie and Camille - I luckily had a few pieces in my stash to supplement the kits and add a border, binding and backing. The centre is raw edge appliqued and hand stitched using Finca perle cotton. Around the edge is a peeped seam, then a ring of hand English Paper Pieced hexie flowers. This was my first experience of hexies and this block has a fair bit to answer for in that respect. However, I'd glue basted them, and removing glue basting after three years was not a pleasant experience! I finished the block with some hand quilting. The corner stones in the border were not planned, but neither was my cutting mistake!

I was so inspired that I pulled out the other 3 blocks I have kits for yesterday morning. I've decided to keep one and make that into a cushion as well, so Mia has a pair (I also have enough extra fabric about to back and bind the cushions in matching fabric). The remaining two I posted on Instagram earlier #destash. One I've sold, the other not yet. If you're interested, the one on the right below is still available for £10 (inc. postage, UK only - if you would like it posted elsewhere, I'll have to work out postage), just send me a message.

For now, the Elephant cushion is a Finish from my Finish Along list and the remaining cushion may appear sometime in 2015.