My Oldest WIP [a finish]

I am so pleased to report that this is a finished project. I made the first block in November 2010 and the final of the twelve blocks in October 2011. And I didn't do anything with them.

The blocks were designed by my Local Quilt Shop and finish at the rather odd 14" (well, some of them do). I made them before I had figured out how to get my seams matching and accurate, some were hand pieced, some were made with templates which I drew round with biro... and the biro shows through... so this was never going to become a quilt as I'm out of fabric.

Because of this, they have sat unloved for the last 3 years. Although the fabric wouldn't be my choice today, I do still love them - they are so pretty and delicate. So every time I fell across them in the cupboard there was a twang of guilt. This time last year, heavily pregnant, my husband bought me the most romantic gift ever - a maternity pillow. It's 4.5 foot x 1.5 foot. And it was rubbish. Far too chunky and it took up far too much of the bed. So it got shoved in a cupboard. Until Her Majesty started moving...then it became perfect to cover the cast iron fireplace.

And it being a cushion, it needs a cushion cover. I picked my five favourite blocks. The setting was a bit of a challenge. Luckily I found a couple of fat quarters which I used to make up the block sizes by adding a strip to one side of each block, which I then alternated as I pieced the four on the front. I added sashing to two sides of the fifth block, then added a larger print rose fabric to both sides (with the block off-centre). 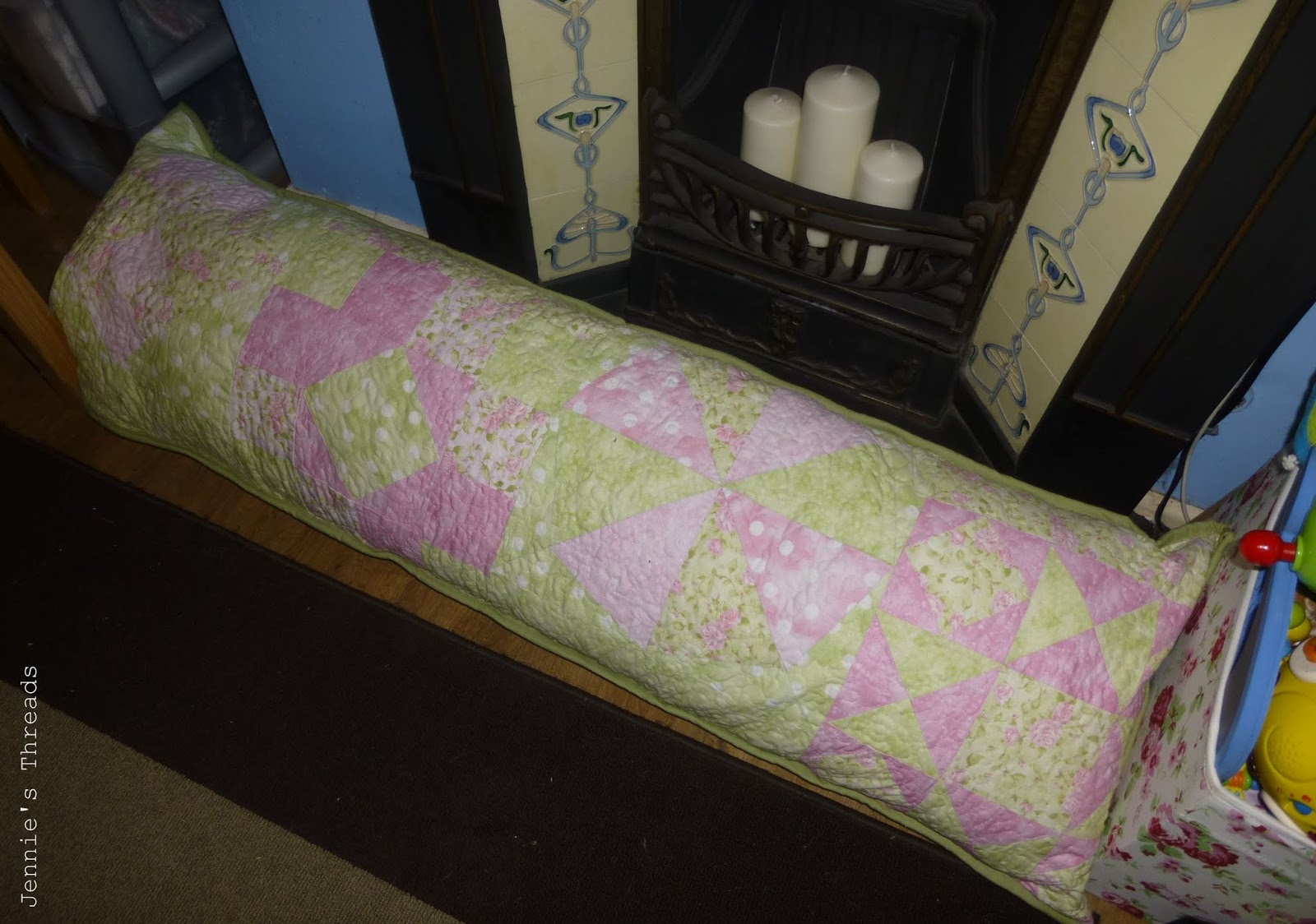 I had great fun quilting the back - you can't see it very well, but it is similar in style to my Instagram Mini Swap, but I added a couple of feathers. I did a free motion spiral on the block - it's worked ok, but I think for a spiral of this size in the future, a walking foot is a better (neater) solution. On the front I just did a stipple. I need to remind myself that sometimes a stipple is just right. With such delicate fabrics, an all-over stipple is just right as it doesn't detract from the piecing. I used a pale pink Aurifil 50w thread. 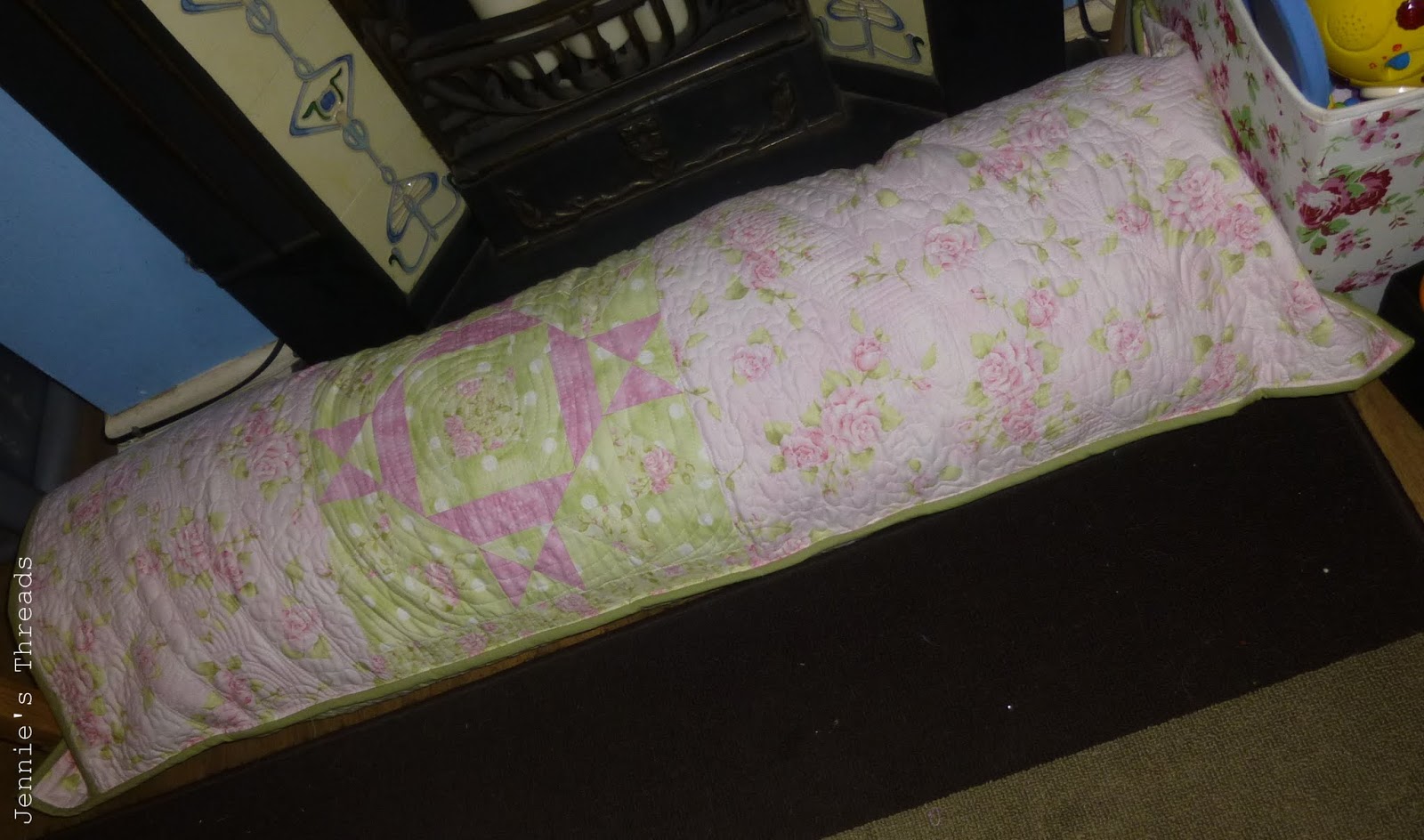 It's bound in quite a strong green, which frames the finished cushion. It's a bit tight on the cushion, but I'm really pleased with how it has turned out and that some unloved blocks are not a really smart cushion in my living room! 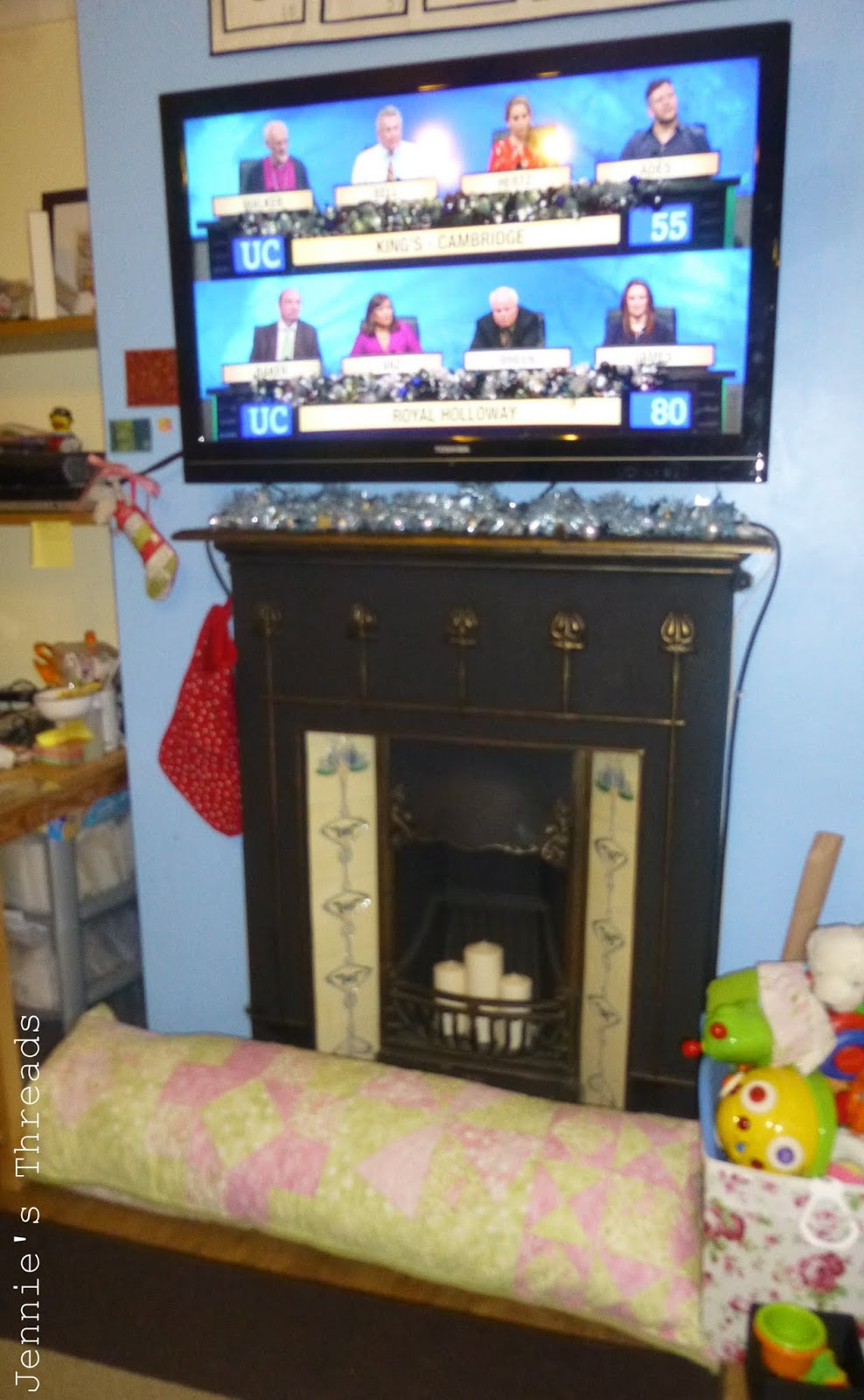 This is another tick on my Finish Along list, and if I'm honest one I didn't expect to finish! And certainly not on Christmas Eve!

Well done Jennie - it looks great. I hope that you all have a lovely and special 'first' Christmas. xx