Sew Together Bag 3 [a finish]

This really is one of those patterns that gets easier and quicker the more you make it. 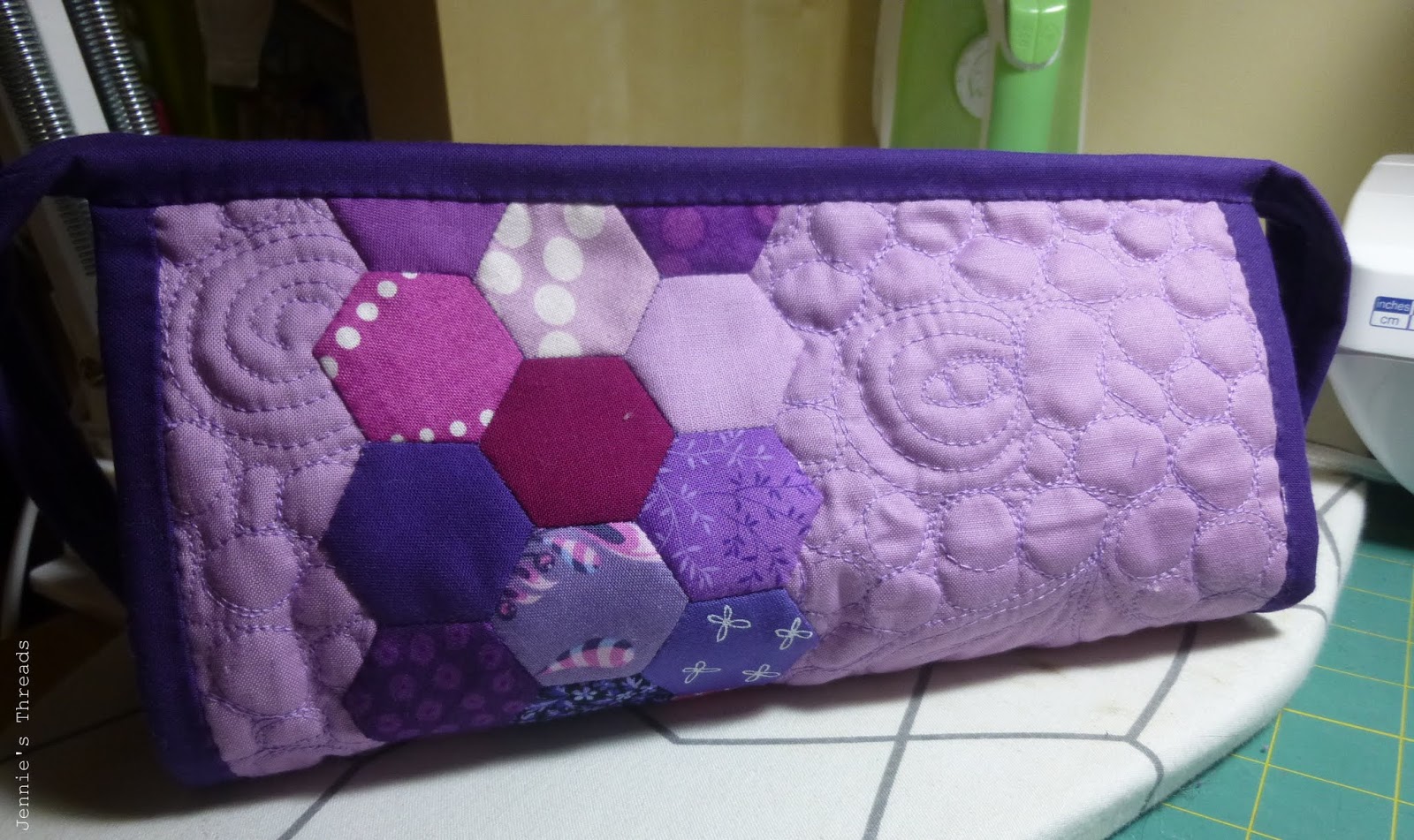 My third Sew Together bag and the second I've made a Christmas present. I started off with purple and paper hexagons and a load of zips. 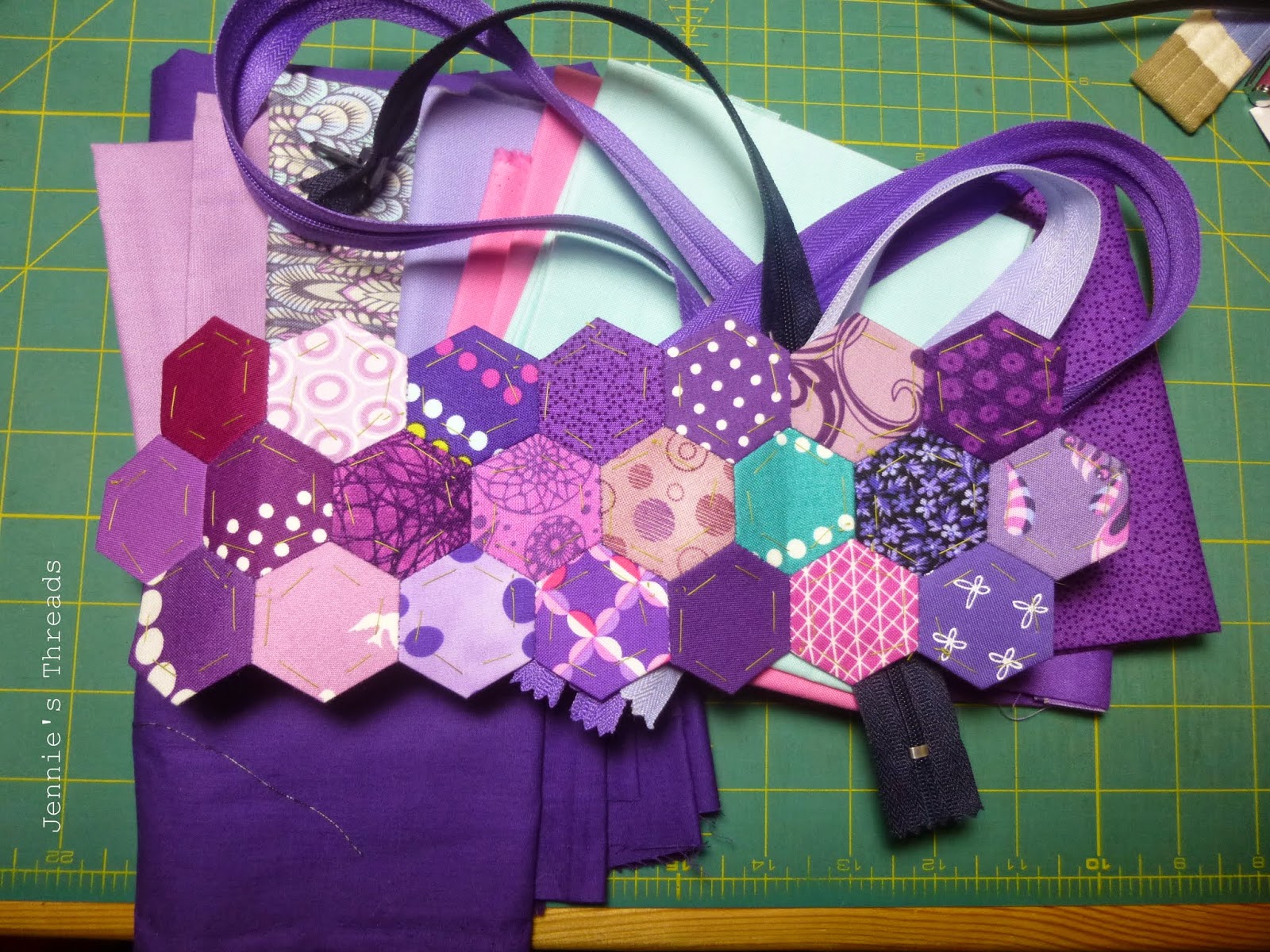 I had the pieces cut out and interfacing attached weeks ago (something else which makes it seem quicker to make). But it took me a while to finally get round to making it up. 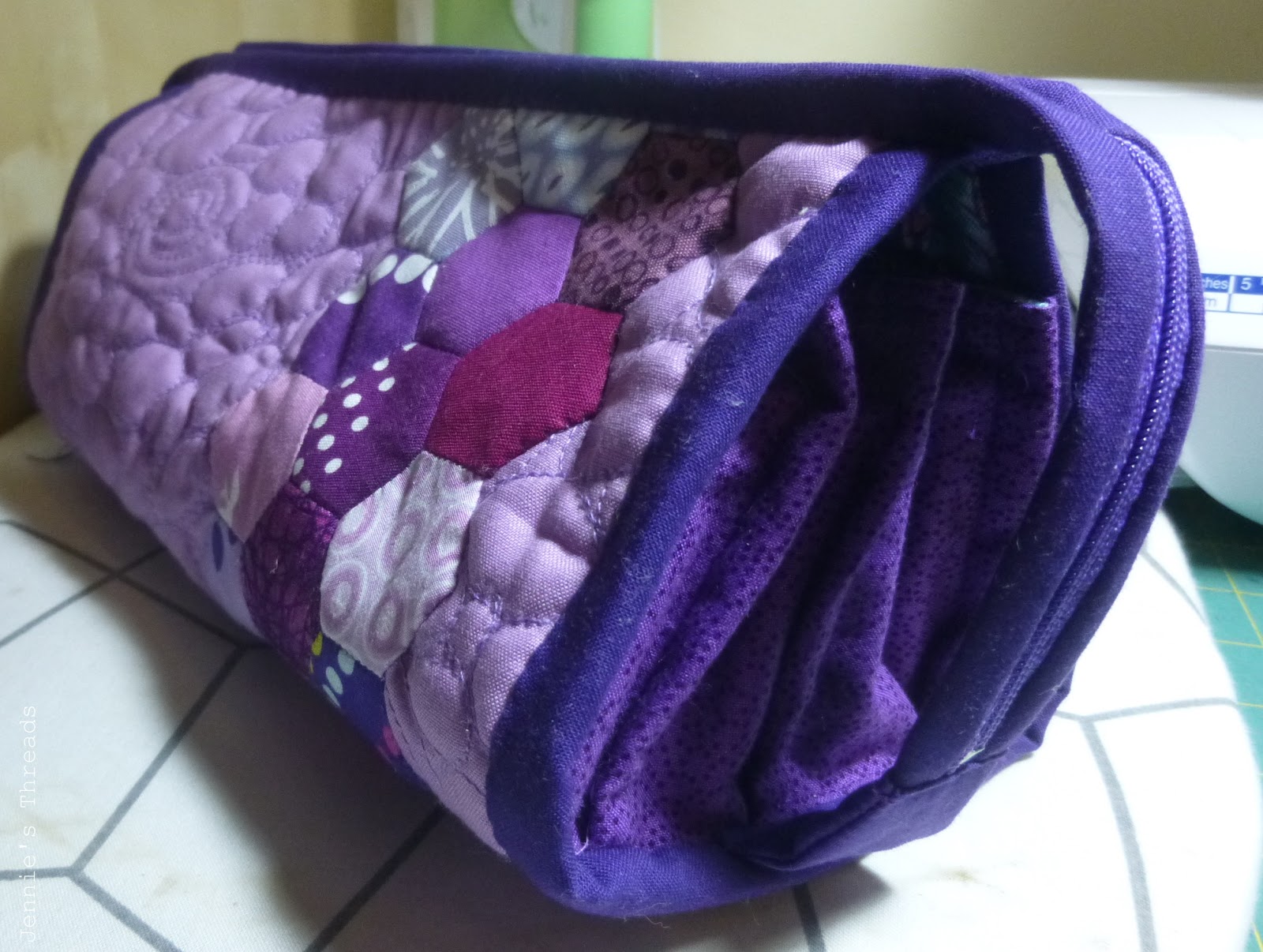 The outside is a Kona solid with some graffiti quilting and 3/4" hexagons appliqued over the top. It was shame to hide some of the quilting in the end, but it would have looked a bit naff without the hexies! I have to confess that I didn't use scraps for these - I just didn't have enough purple variety in my at-hand scrap bags. Task for the new year: properly sort all scraps and make pretty quilted boxes to store them! I ended up cutting yardage at the same time as I cut for another purple zippy pouch. 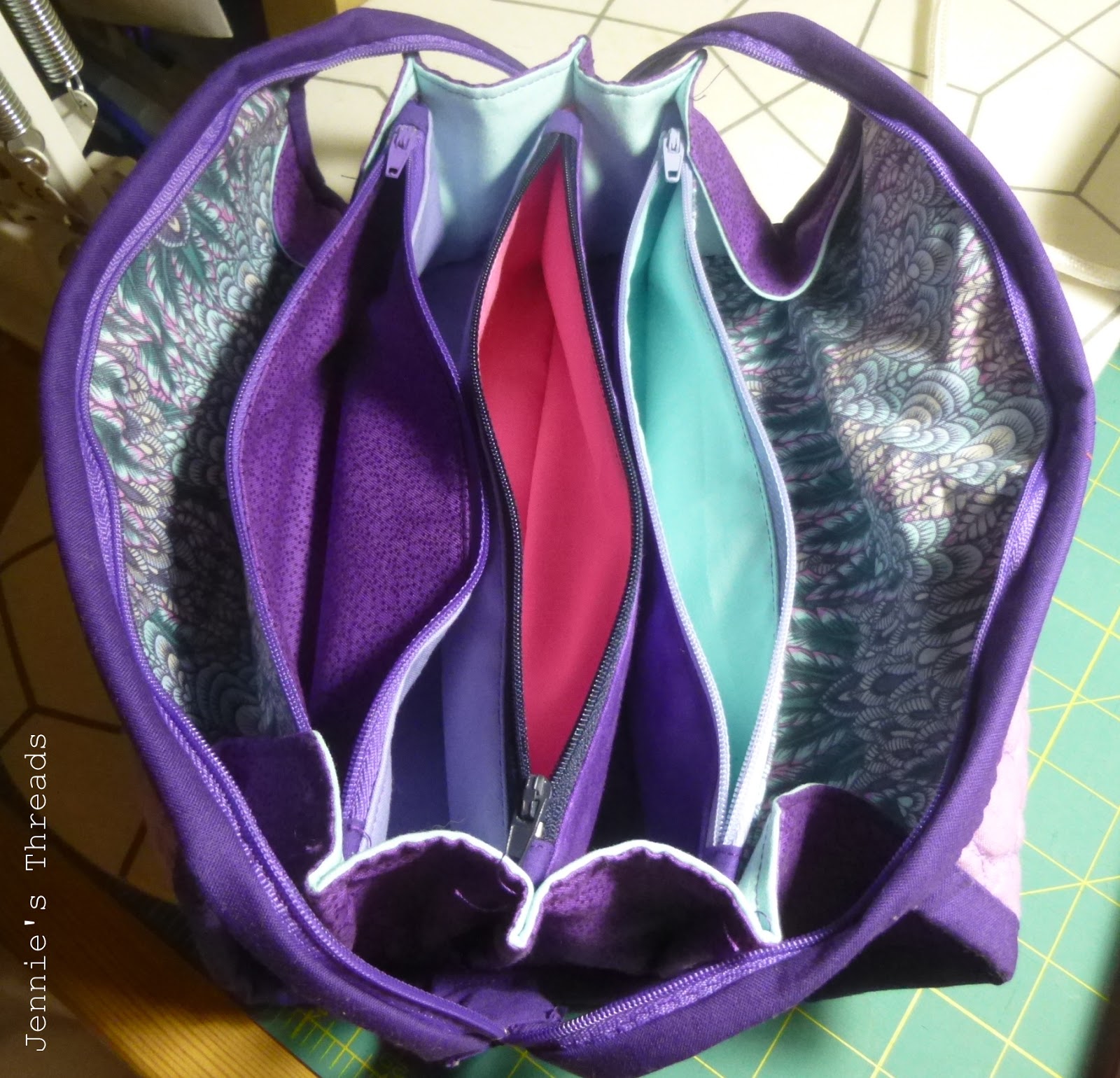 On the inside I picked a Tula Pink fabric and then coordinated the other fabrics around it. As I was finishing off the final Sew Together bag, I pulled this one out again for a photo shoot and realised that when I added the final zip I hadn't caught a 3" section of the lining fabric. Bugger. So the bag underwent some pretty major surgery to fix it after I had ticked it off my list!

This is another tick of my Finish Along list!