Just four more sleeps! So over at disorganized HQ it's time we started doing some preparations. In an attempt to avoid the Christmas crowds all of our presents have been bought online, or homemade (with the odd exception we picked up earlier in the year). I did a big food shop on Thursday night (but forgot things, so Michael will have to go again!). We finally bought a Christmas tree - a real one.

But we couldn't find the lights from last year, so had to buy new ones. And today I finished making those final presents!

I've made three more infinity scarves, all using the same pattern from Tie Dye Diva as the one I made for myself a few weeks ago. Two are inspired by last weekend's trip to Edinburgh. We picked up tartan scarves on the Royal Mile - it's the tartan of the Frasers of Balquhiddar - what a great name! Linda pickedu p some dress-making fabric and the two together have worked rather well. One of the fabrics was only 54" wide and I couldn't be bothered to piece it to get the recommended 60" length for a scarf - and it works well being that little bit tighter. 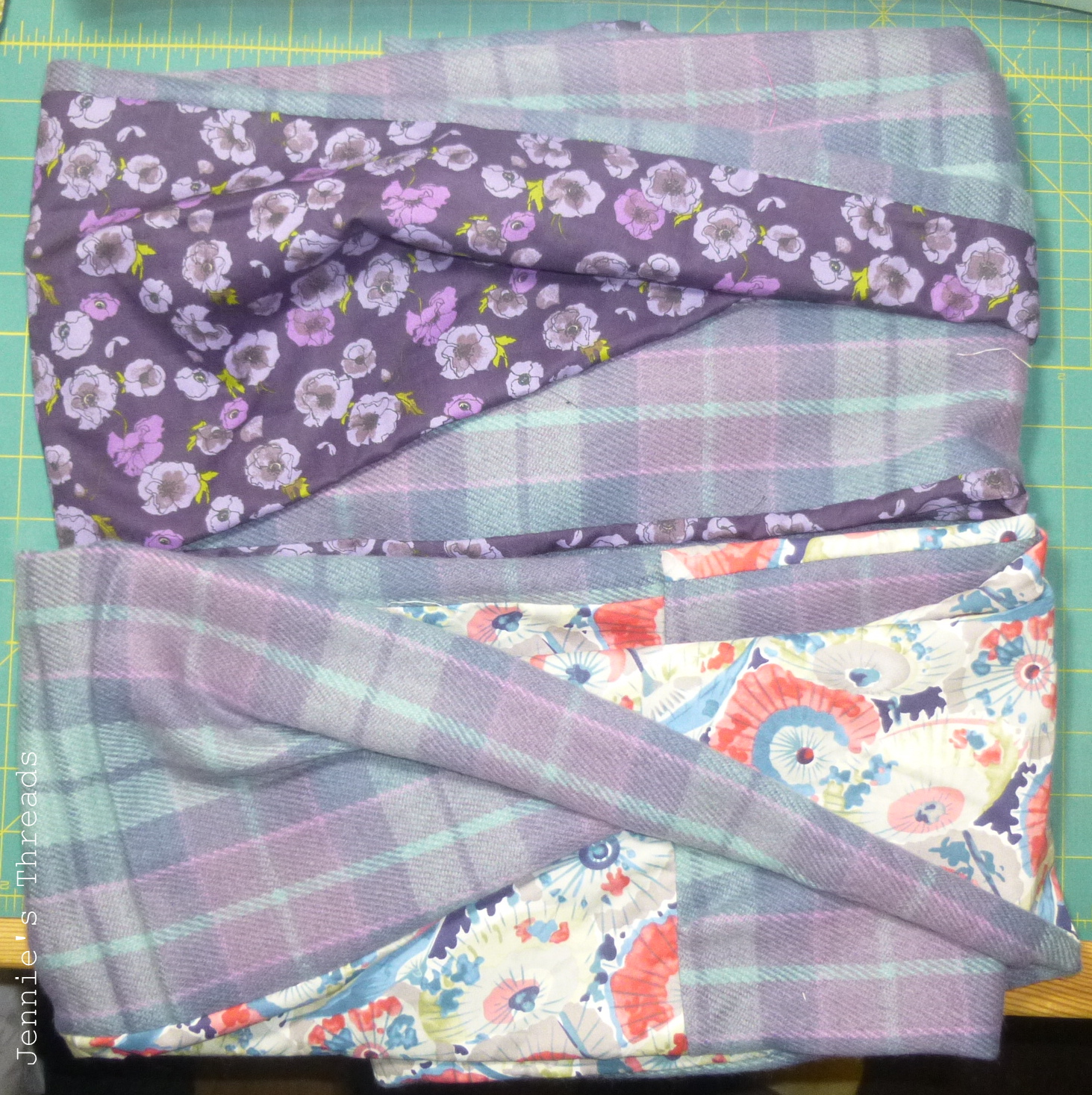 Infinity scarves are very difficult to photographed when not worn (and I'm not modelling them for you). 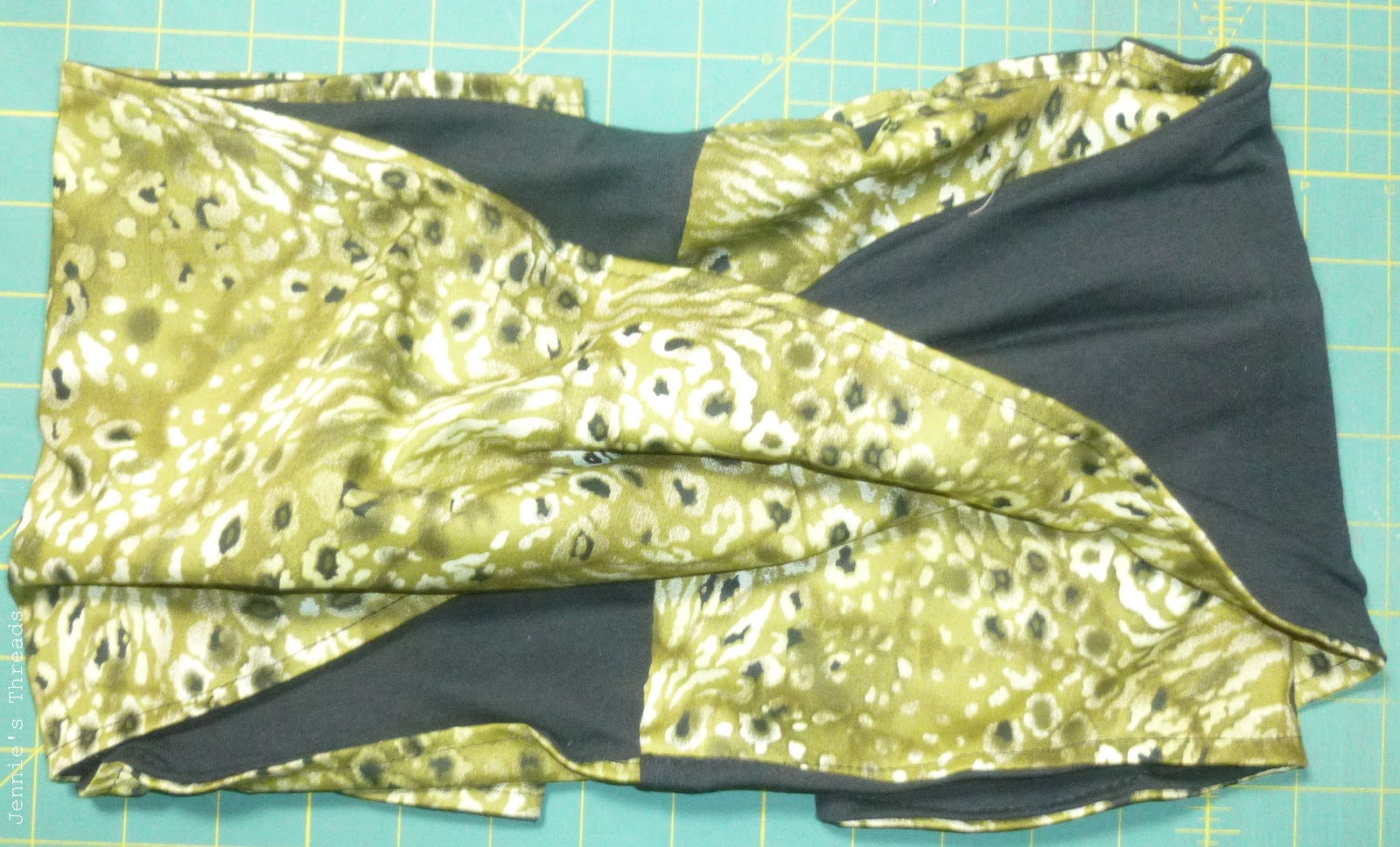 The third scarf is made from a random green fabric and a stretchy black fabric. It's the first time I've worked with this type of fabric and I fell into some stonking pitfalls - like stretching one fabric and not the other when sewing a seam. I knew the theory, so was trying hard to avoid it, so it's only affected a short section, and I figure once it's being worn, no one will notice.

And then I moved on top zips: I've made a couple of Sew Together Bags recently (to be revealed after those four remaining sleeps), but needed a few "straightforward" pouches as well. I decided to try the Two In One Pouch by s.o.t.a.k handmade for the first one. What a great pattern! Last night I watched Harry Potter and the Half Blood Prince and not only completed this zippy pouch, but one of the infinity scarves too! The outside is from one of the many Art Gallery Ranges from this year, and I picked up the turquoise with some Bike Path for the inside panel. It's lined in a Kona grey. 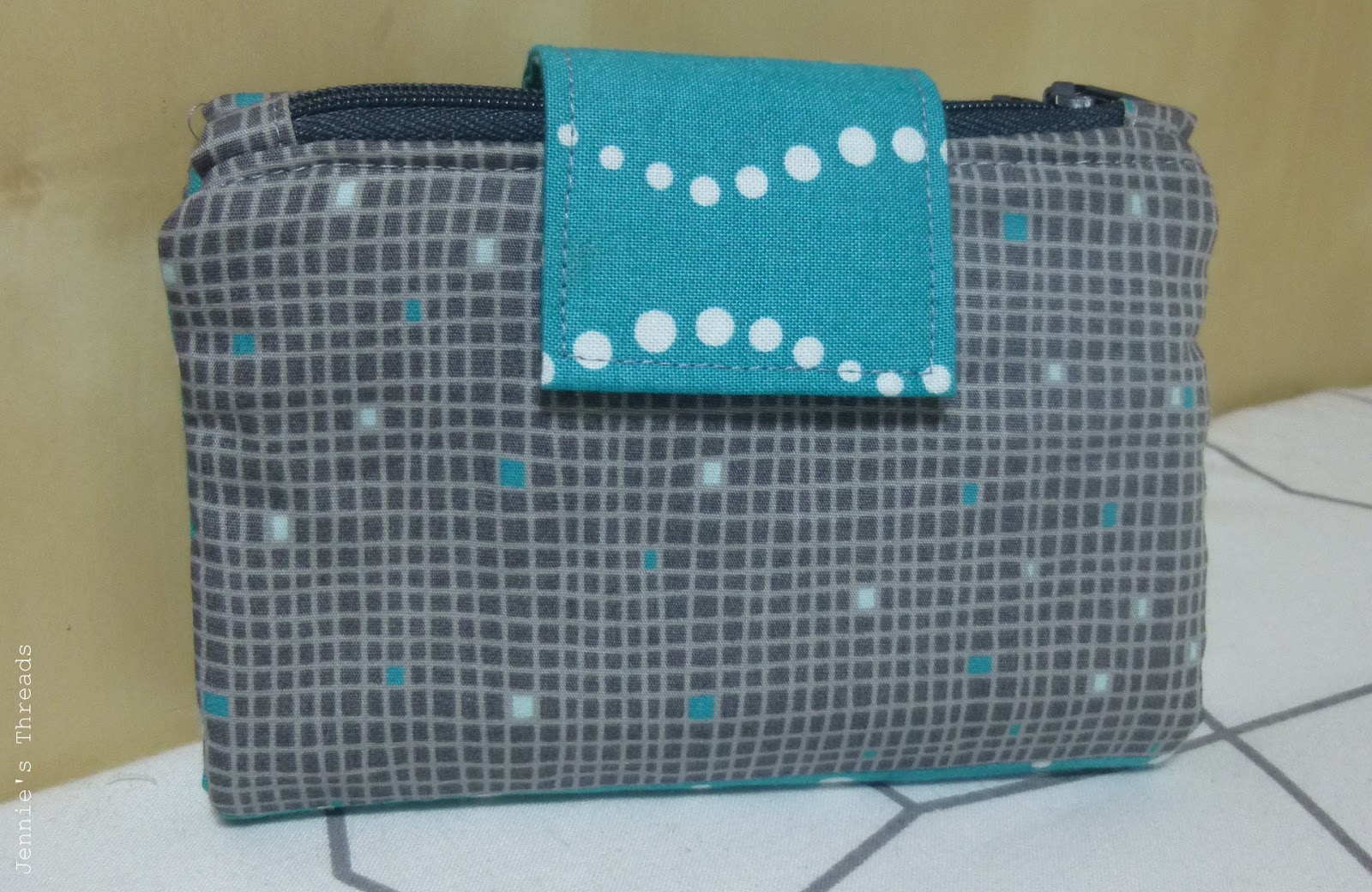 This is the small size pouch (there are two size options in the pattern) and it's perfect as a way of giving a gift voucher at Christmas! There will definitely be more of these in my future - I want one of the larger ones! 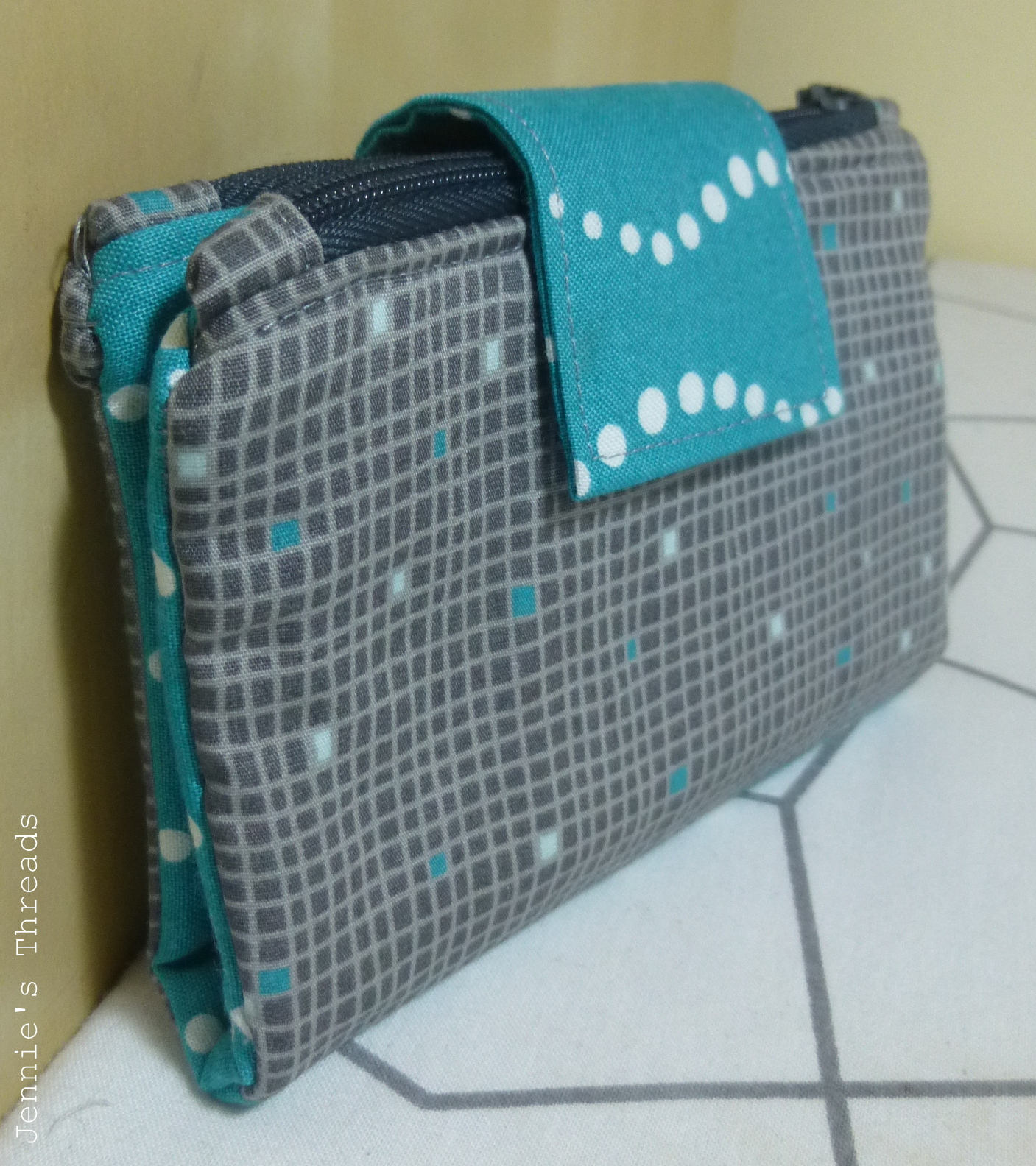 One present left: another zippy pouch. This time more straightforward - I'd planned this one for ages, but only got to it today. It started the quarter as this: 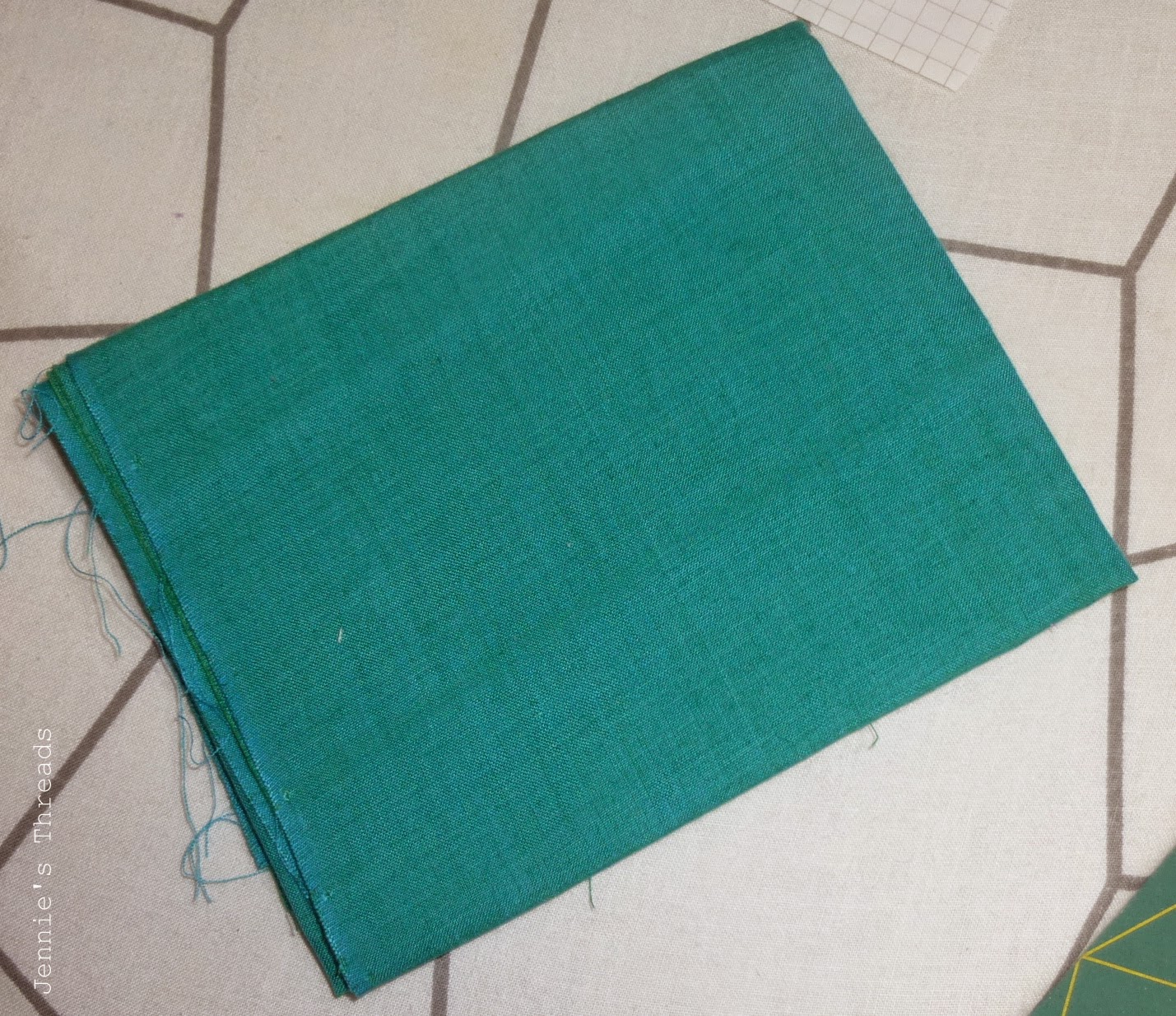 And ends the quarter as this. 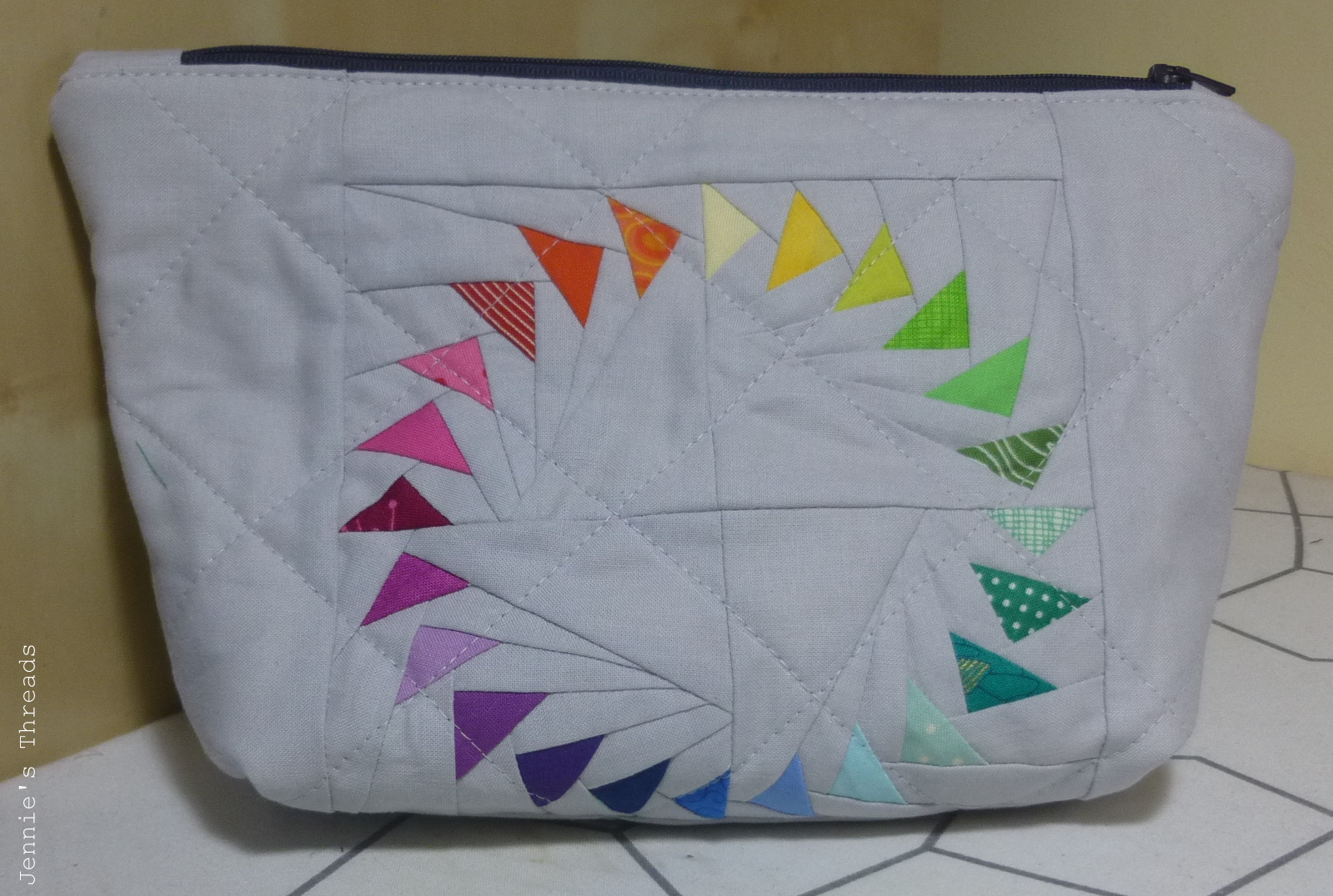 It's a pouch pattern I put together based on a few different tutorials and my own measurements. I particularly love the zipper ends (tutorial by Very Berry Kerry). On the outside of the pouch I pieced a ring of flying geese (pattern by Jeli Quilts) but shrunk the templates for a 6" block. All of the coloured geese except two came from my scrap bucket! I did some cross-hatch quilting, trying not to detract from the piecing, and lined the pouch with the shot cotton in turquoise that I picked out months back. 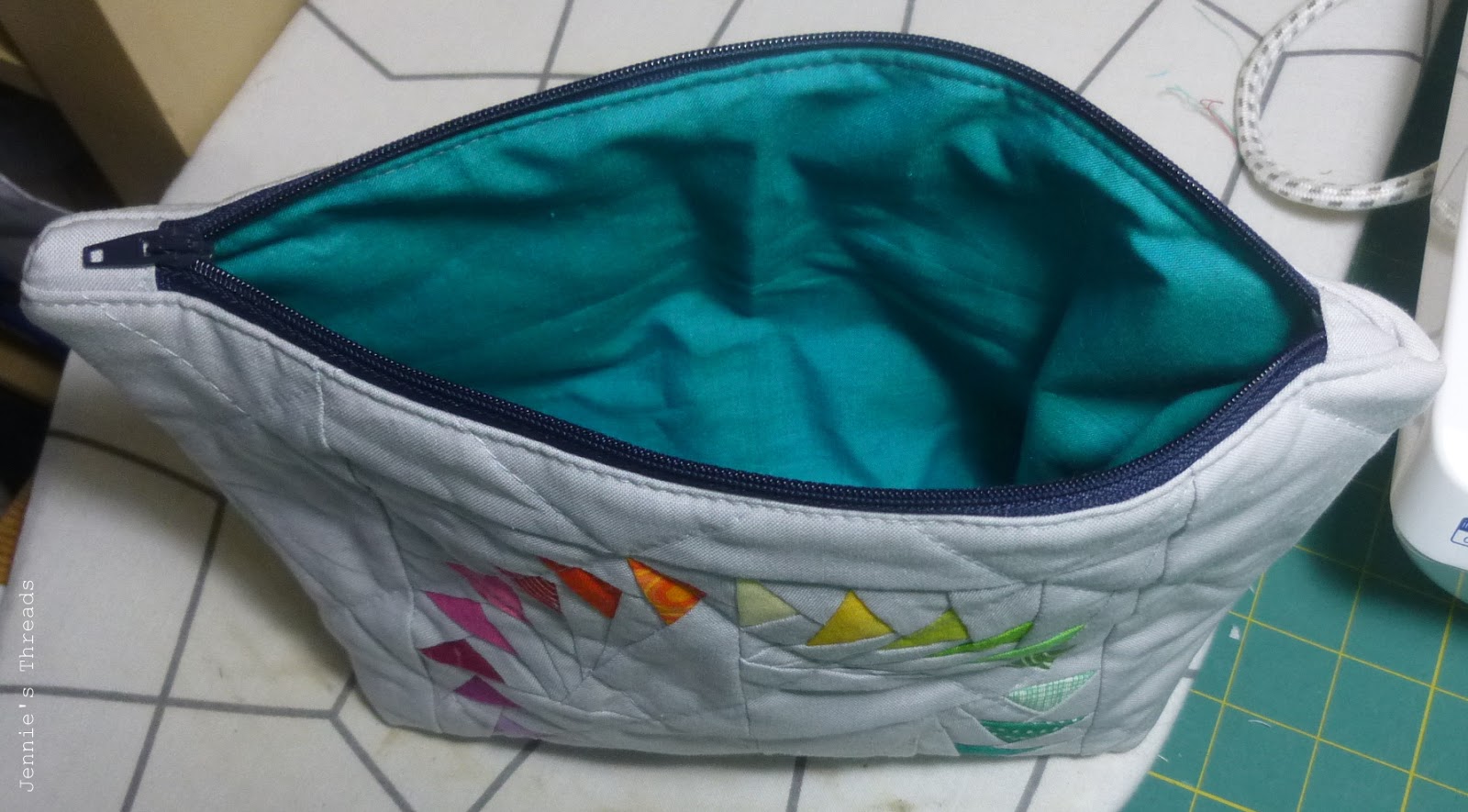 Those two zippy pouches will be hard to give away! The second is a tick from my Finish Along List, so in just a few weeks time, I'll be linking up with Katy (I'm still hoping to squeeze a few more finishes in!)

And I've got to show you my second Dinosaur - not a Christmas present, but only made on Friday - here she is with Mia's dino!

All of that sounds very organized doesn't it: but the house looks like a bomb has hit it, none of the present are wrapped (and if you think you are getting a Christmas card, dream on) and I'm convinced I'm going to forget to get the joint of pork out of the freezer with enough time for it to defrost before I have to roast for it 7 HOURS! It's a big piece of pork. I'll wish you a merry Christmas (but I might pop by again before the big day!).
Posted by Jennie at 17:44

Gosh Jennie those zip together pouches are fantastic. Sorry I couldn't work out where you got the pattern for thos, would you mind clarifying at some stage. Those wee dinosaurs are adorable.
Hope you and yours have a wonderful christmas filled with love and happiness.