Sew Together Bag 4 [a finish]

This is the final Sew Together bag of Christmas 2014. I promise. I only finished it the Saturday before Christmas - I'm just happy it wasn't Christmas Eve!

This one was for Linda - she loves owls, and feathers hold a special place in her heart, so this combination was perfect! I's also the right colours! Quite lucky really as I was given the fabric, rather than picking it out with a purpose in mind! 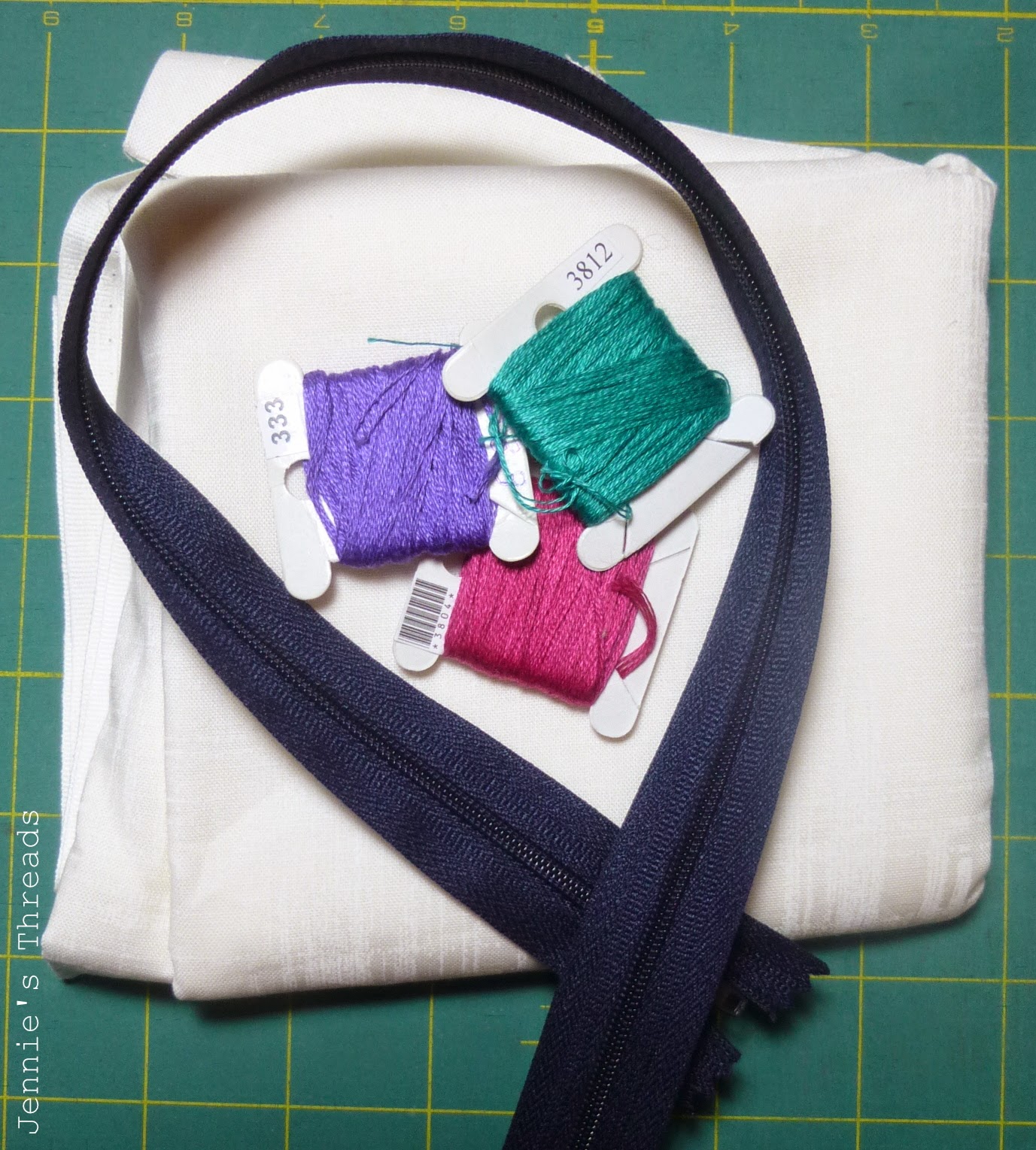 The embroidery, which seemed to take forever, is a pattern from Urban Threads - I love pretty much everything on their website! It's hand embroidered in backstitch with the odd French knot, lazy daisy stitch and cross stitch thrown in for good measure. I used two strands of DMC stranded cotton throughout, except for eyes and beaks.

The border around the embroidery is a peeped seam. At least, I think that's what it's called. I took a strip of fabric 1" wide, pressed it in half lengthways, then basted it into the seam allowance, before attaching the feather fabric. I think it's a Robert Kaufman number, but I don't have any more on the selvage than that. 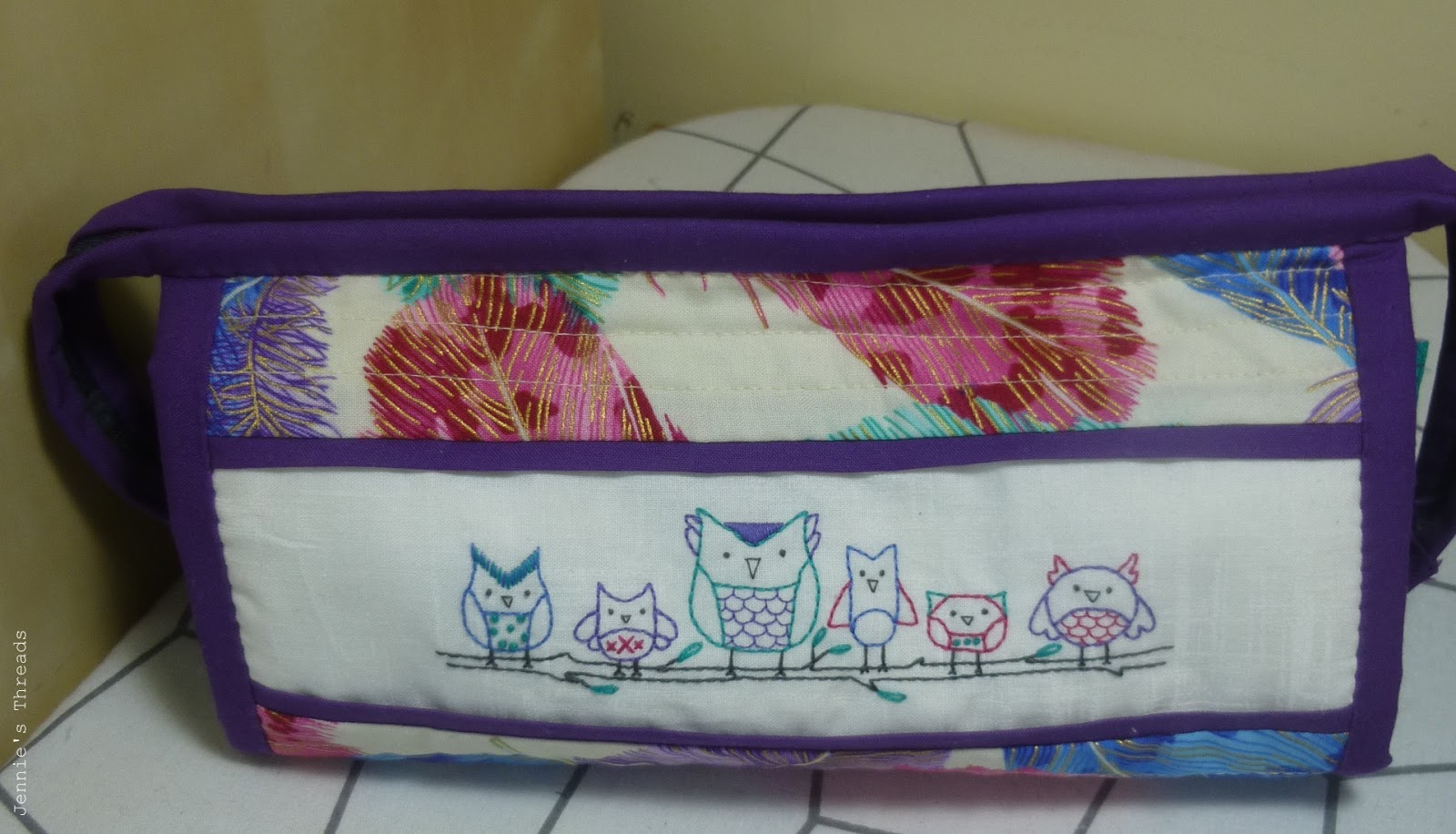 On the inside I used some Botanics, some solids and some randoms. The binding is Kona Purple, and I handstitched it down on the outside, which gives a much tidier finish than when I machine it. 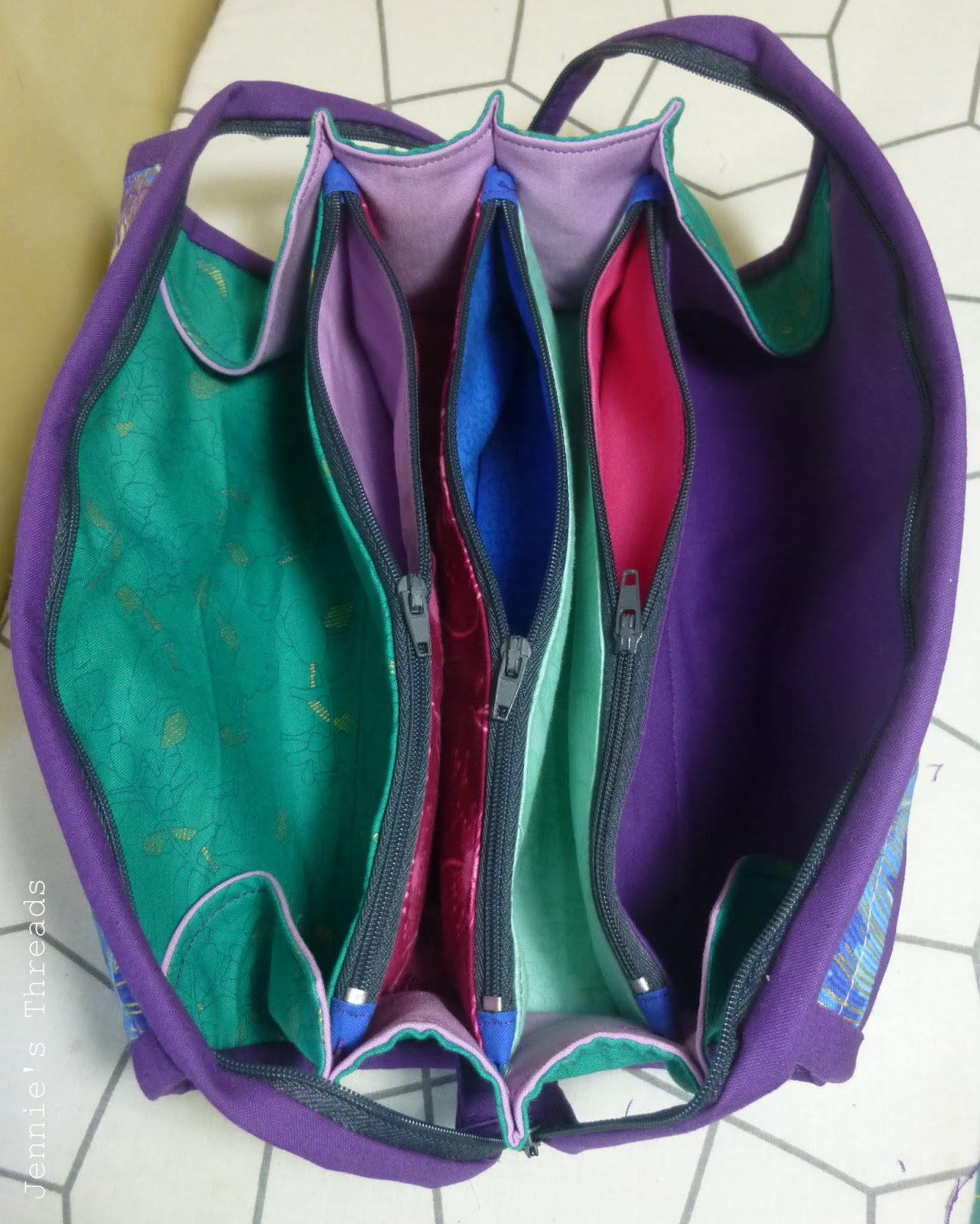 And here are all three finished sew together bags together (you can't see number 1 - it's so full of my crap it won't close at the moment!). 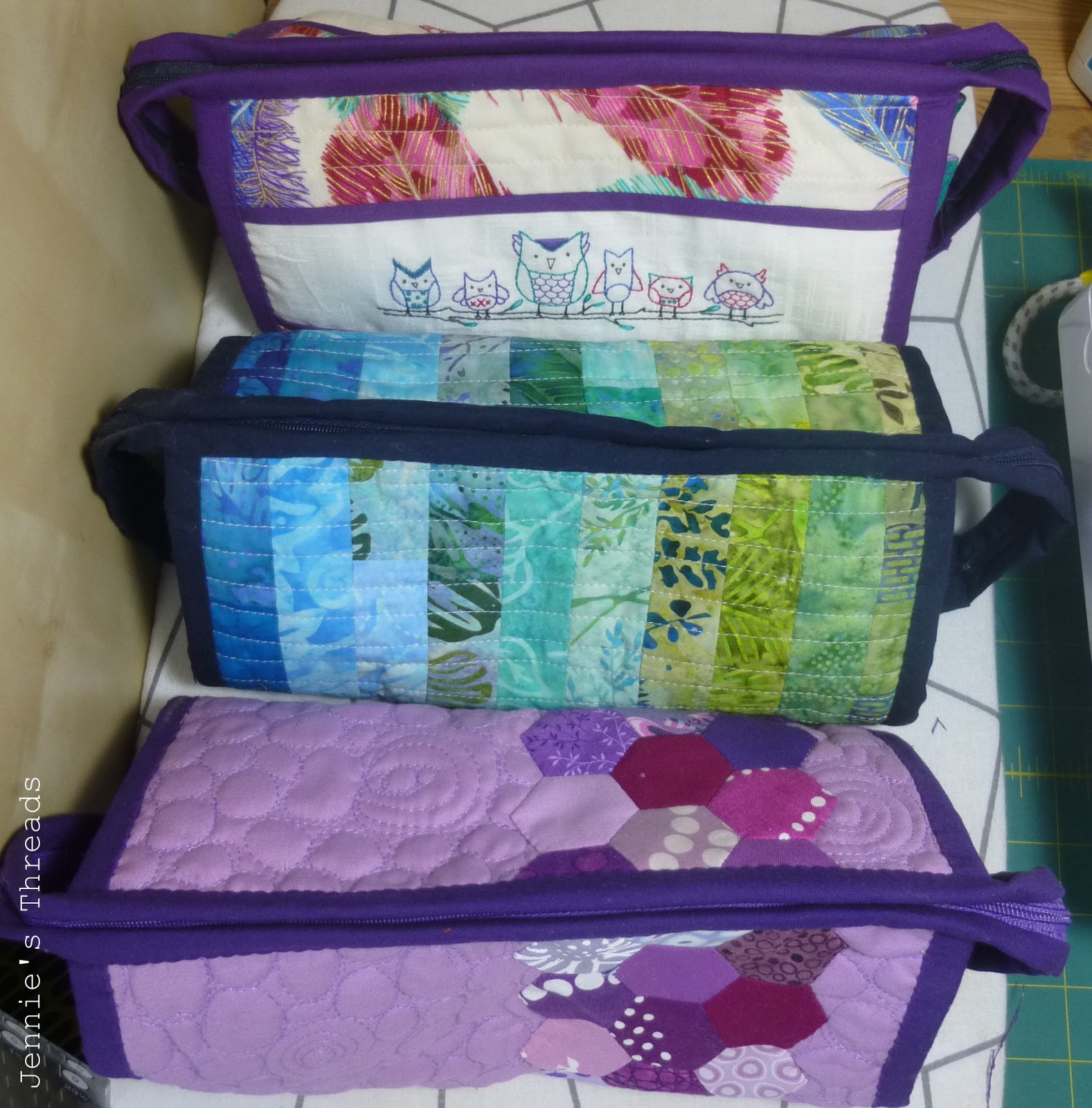 And the insides - it's a sea of zips! 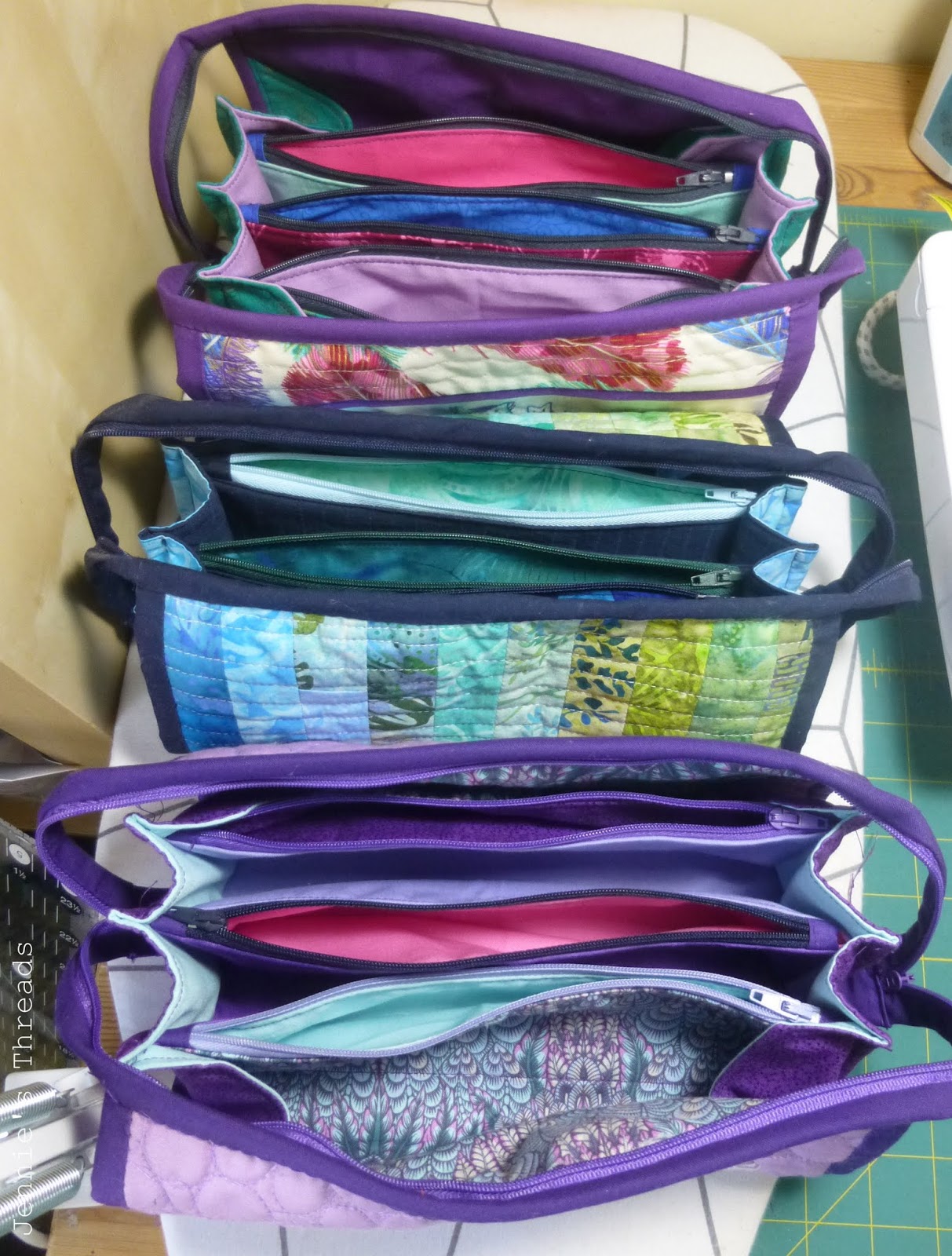 And this is another tick from the Finish Along list!

And I'm going to link up to Santa's Sweatshop at Porch Swing Quilts too!
Posted by Jennie at 23:30