It's June today. I can't believe how fast the year is flying by. So how did May go? Not too badly - some finishes, some starts, some works in progress. Catching up. Running behind. 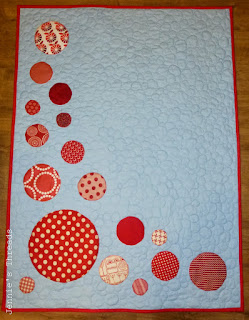 A baby quilt from my own pattern called Bubbles. I hadn't really planned on finishing it but we got to meet the recipient rather earlier than we expected, so it needed to be done quickly. It was also my first attempt at pebble quilting. And I entered it in the Bloggers Quilt Festival. 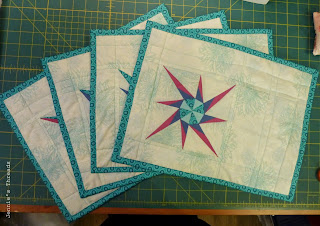 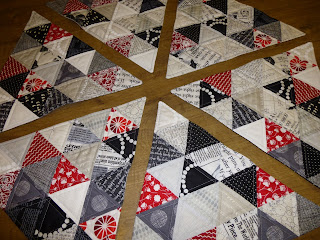 A cushion for the Modern She Made Swap - I really could have kept this! 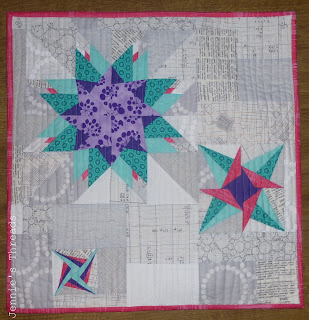 But I got a fantastic sewing machine cover. (If I could get logged on to Flickr today, I would link through to my amazing swap partner - but I can't) 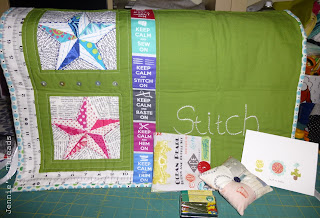 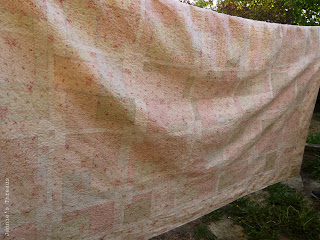 I've got some WIPs that have seen some progress too, including some BOMs: Steph's quilt is now quilted - just need to bind it! 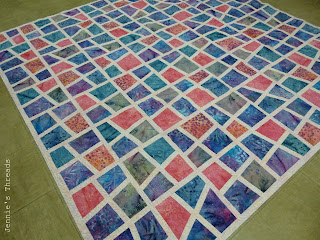 I've done another block in both the Skill Builder BOM and the Lucky Stars BOM. Though I'm still behind on both of them. And I haven't even looked at the Gen X BOM. 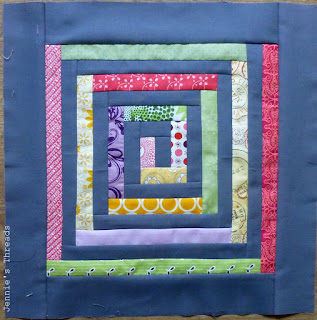 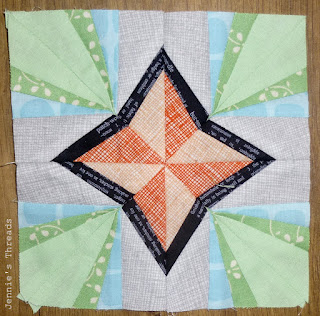 And I just about got the June block in my own BOM completed in time! 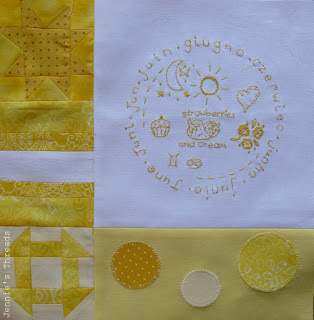 Debs's Quilt - this is the quilt I'm making for my Dad to give to some good friends. I now have all 30 blocks made and I've run out of the yellow background. I'm hoping to pick up some more this week and the whole quilt needs to be finished finished by the 21st of June! 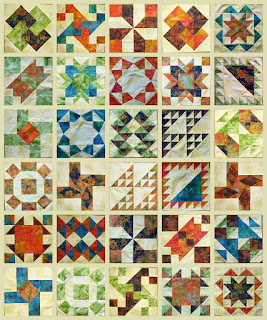 And some starts.... a baby quilt called Indian Summer, because it uses the new Art Gallery range of the same name which is fully pieced, and now needs to be quilted and bound. 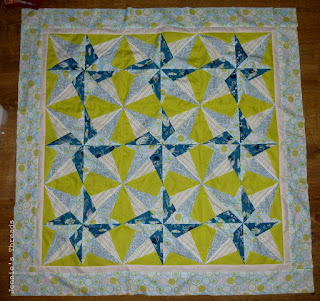 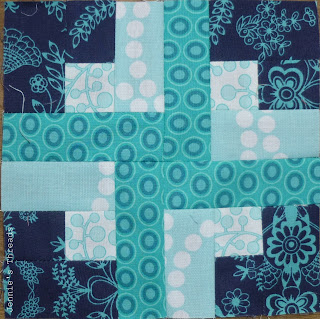 And some random foundation pieced blocks - which I love! But I don't know quite what I'm going to do with them (the original reason is no more).

But some things didn't get touched this month: My Dear Jane Quilt has been untouched since March. I really hope to do some more blocks for this in June. I had also hoped to finish a quilt top for the Festival of Strings, but unfortunately the one block I started with remains lonely.... Ellie-Jo's quilt is still unquilted - I really should try and give it to her before she becomes a teenager!

I'm linking up with Lily's Quilt - what have you been up to this month?

Thanks for sharing such beautiful eye candy!

not had time to be bored then xx